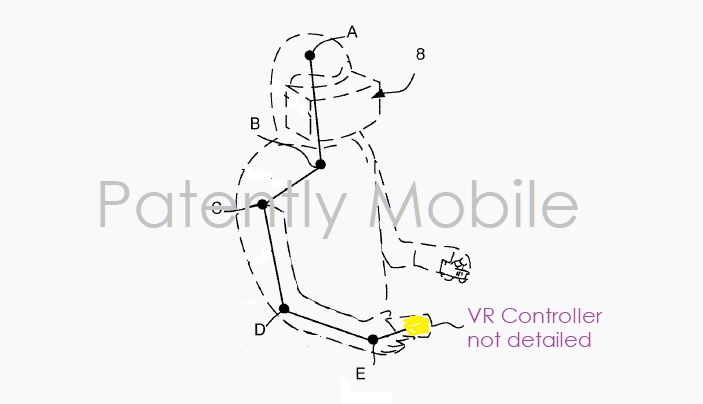 Facebook has Oculus 2 coming out this spring and Microsoft just introduced HoloLens 2 and patents from Apple, Google, Samsung and others illustrate a strong desire to bring their own Mixed Reality and/or VR headsets to market. A new Microsoft patent application published today illustrated another kind of headset is being considered for the future that you could review in our IP report here.

Now that Google will be introducing their high-end streaming game platform called Stadia later this year, their gaming and VR headset patents take on more of an importance to cover.

In today's IP report, we cover Google's invention of a new programing method that provides a new kind of freedom for a VR controller beyond the traditional 3 Degrees of Freedom model to allow users experience more realistic game play.

For example, a user may view, via an HMD, a VR environment by tilting and turning their head in various ways. The tracking of a virtual controller, however, within the view of the HMD can be limited because of the limited 3 DOF tracking capability of the VR controller--the physical controller does not track absolute location (e.g., locational tracking) in space.

Controller based on VR ARM Model

Further, the virtual controller may be in a VR environment at a location that corresponds to how a user holds and moves the physical controller.

Google's invention provides for improved techniques of tracking a hand-held physical controller in a VR system which can include, for example, defining a segment between an elbow joint (first joint) and a wrist joint (second joint).

Google's patent FIG. 1 below illustrates a perspective view of an example VR Arm model #10 used to represent a user. In this implementation, the user is wearing an HMD #8. Although not shown in FIG. 1, a location of the physical controller #112 can be viewed (e.g., represented) from within the HMD 8 as a virtual controller (not shown) by the user based on the VR arm model 10. The VR arm model 10 is shown in FIG. 1, for discussion purposes, but may not be viewed by the user via the HMD 8. In some implementations, the VR arm model 10 can be referred to as a skeletal model.

Google's patent FIG. 1 below illustrates a perspective view of an example VR arm model used to represent a right side of a user. 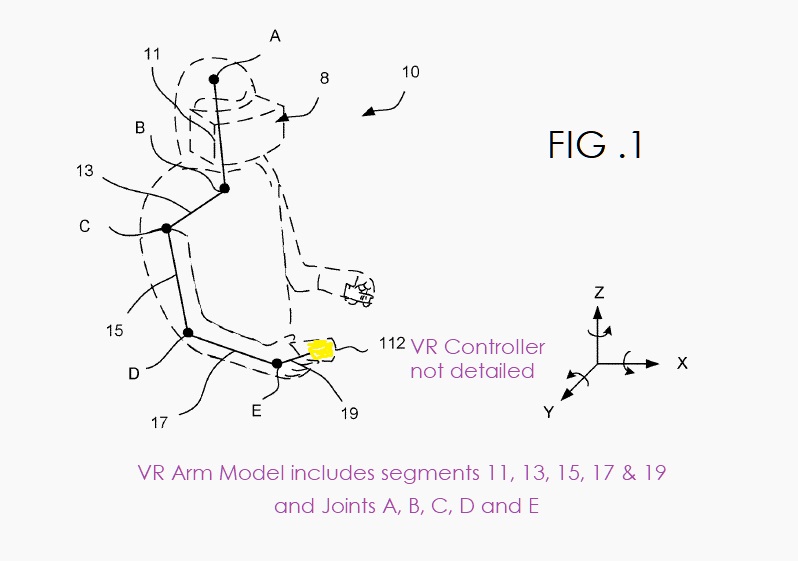