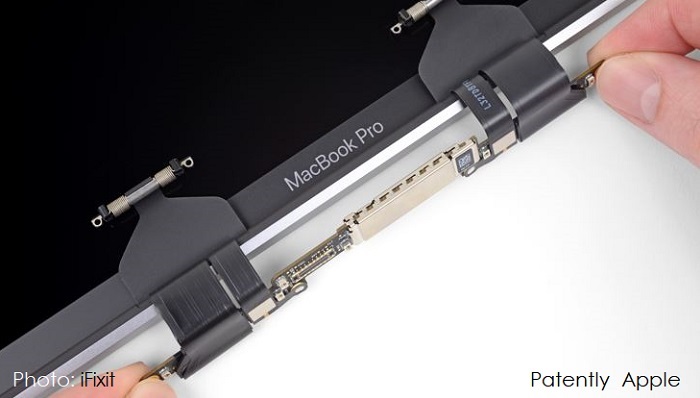 Back in January Patently Apple posted a report titled "Apple's Cutting Edge Thin Display Design for MacBook Pros with Touch Bar has a Costly Flex Cable issue." The report noted that the Touch Bar generation of MacBook Pro's were already beginning to show problems with flex cables prone to fatigue and failure. Famed iFixit was the first to notice this problem and claimed that "Flexgate" was a real problem that MacBook Pro customers were going to run into over time.

In reality, Louis Rossman was the first to bring this issue to light and he loves getting in Apple's face and telling their customers that Apple has designed something badly that you're going to pay for down the road. Rossman made a video about the problem that you could review in our January report. 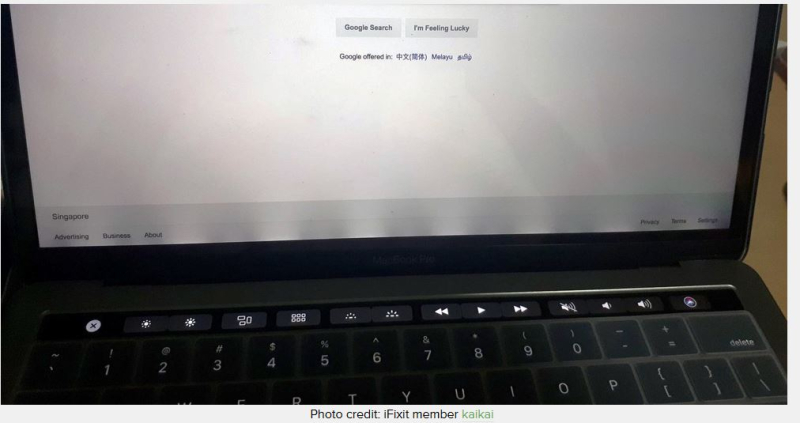 The image above is a MacBook Pro having a problem with the warn out flex cables causing the display to start failing with a distinctive stage-light effect.

iFixit is now claiming that, without any formal notice from Apple, they've discovered that the flex cable in question is now longer by 2mm, enough to alleviate the problem.

While it's interesting that iFixit has found that Apple has secretly / quietly fixed the problem, the question becomes what will happen in the future when more older MacBook Pro customers experience this problem? Will Apple fix it for free being that it's their design or manufacturing flaw? If we don't know the answer to that, then is the issue really over?

For more on this, check out the full iFixit report here.