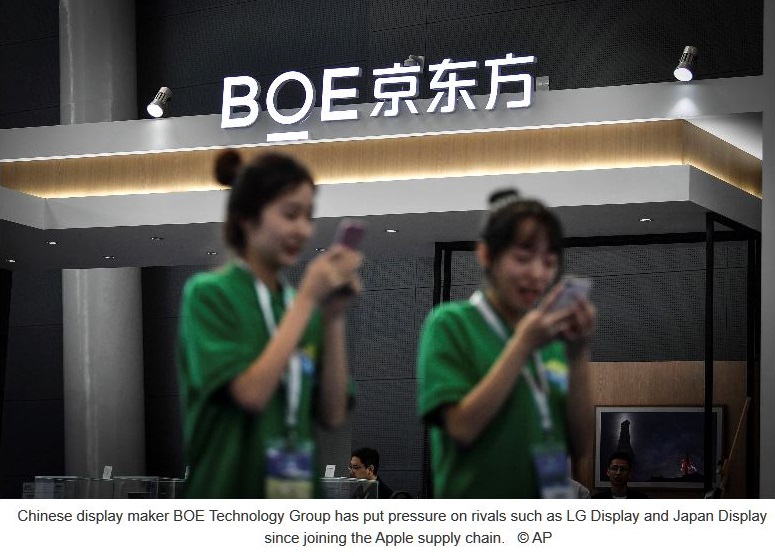 The chart below from the Nikkei Asian Review report provides us with an overview of the top five supplier countries that Apple relies on. There's also an additional 23 Apple suppliers from outside the top five countries which likely includes Vietnam and India. While the chart points out that Taiwan remains the top country for suppliers, it clear that China is gunning for the top position in the not-too-distant future. At present, China is the top country for manufacturing and product/assembly in China by a wide margin.  Apple has 198 suppliers and 809 production facilities as explained below. 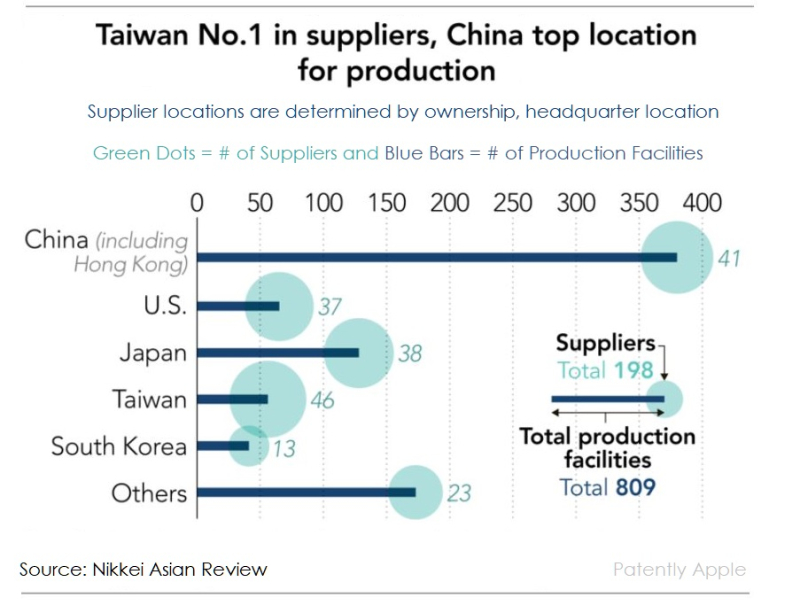 Last year Apple's CEO Tim Cook said in an interview with Recode and MSNBC: "What people fixate on is that the final assembly [for the iPhone] is done in China. But in a 'global world,' you do things in a variety of places — components from some places, assembly in others."

Cook added that "The iPhone’s display glass, for example, comes from Kentucky. Chips are built all over the U.S., as is equipment for manufacturing the iPhone. The FaceID module on the iPhone X will be built in Texas. Plants are going up in many places."

Yet the number of U.S. suppliers has been shrinking according to the the Nikkei report which claims that  "The number of mainland Chinese companies has tripled since 2012 while that of their U.S. counterparts has fallen by more than 32% to 37 suppliers over the same period, the analysis shows. 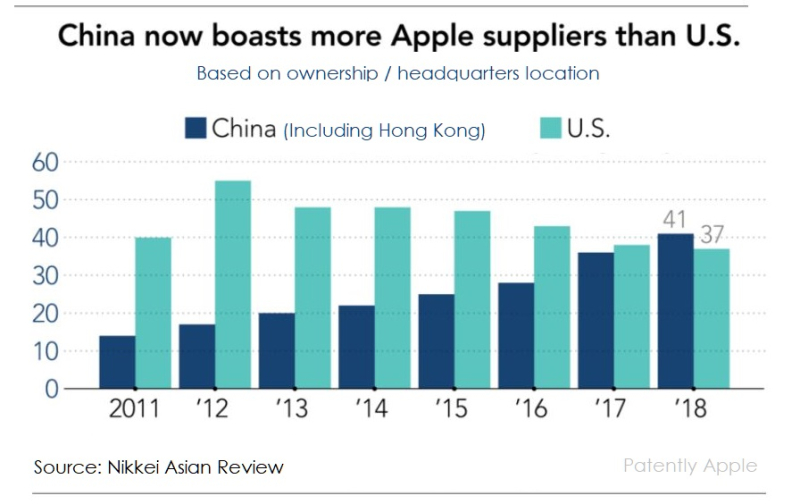 The Nikkei further noted that "Apple has touted its contribution to the U.S. economy, spending $60 billion with 9,000 component suppliers last year for an increase of over 10% from 2017. It supports more than 450,000 jobs in the country, the company said in January.

The Nikkei report added that Apple's "list of suppliers for fiscal 2018 was released on March 7, shows not only a greater reliance on China, but also indicates an effort to expand its supply chain in India and Southeast Asia, where it has lagged behind rival Samsung Electronics."

That may account for why Apple Supplier Wistron was given the green light by the Indian Government to expand their iPhone production to include higher-end models. The report also noted that "Apple suppliers operated eight facilities in India last year, up from five in 2017."

The report goes on to point out some of the new Chinese based rising stars in Apple's supply chain such as Luxshare who now operates 8 manufacturing plants for Apple products in 2018, up from just one in 2012 placing a lot of pressure on Taiwanese suppliers Pegatron, Foxconn, Quanta and Compal.

Lastly, little-known Chinese company Lingyi iTech appeared on Apple's top supplier list for the first time in 2018. It is completing an acquisition of Salcomp, a Finnish company that has provided power chargers and adapters to Apple for a long time.

The Nikkei Asian review report is both fascinating and informative. You could could learn more on this topic here.