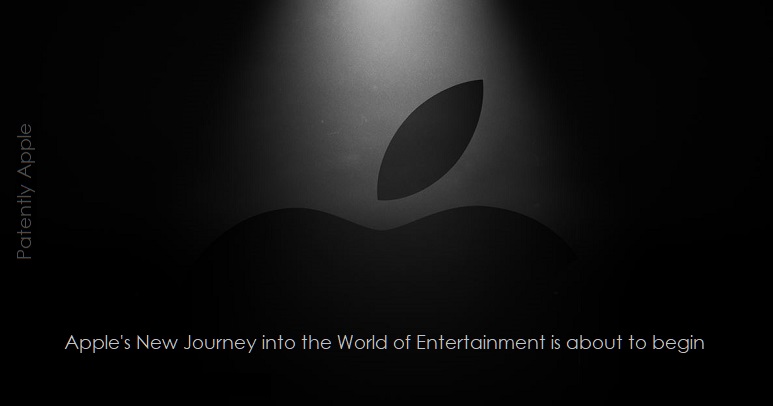 In October 2011 The Washington Post (WP) published a report titled "Jobs' final plan: an 'integrated' Apple TV."  Walter Isaacson, who wrote the authorized biography of Steve Jobs, stated in the WP report that Jobs "very much wanted to do for television sets what he had done for computers, music players, and phones: make them simple and elegant." Isaacson added that Jobs stated that "I’d like to create an integrated television set that is completely easy to use. It would be seamlessly synced with all of your devices and with iCloud.’ No longer would users have to fiddle with complex remotes for DVD players and cable channels. ‘It will have the simplest user interface you could imagine. I finally cracked it."

The Apple community had believed for years, even years before Steve Jobs last wish, according Isaacson's revelation, that Jobs would eventually figure out how to make the first smart TV that would reinvent TV as we knew it.  Unfortunately that day never came to pass. Jobs nor anyone in industry has 'cracked it' yet.

Seven and half years later and Apple will be introducing a new entertainment service that may or may not lead to a smart TV in the future when 5G is widely available worldwide.

It's showtime today for Apple as they introduce their content service and Hollywood celebrities like Jennifer Aniston, Reese Witherspoon, Oprah Winfrey, Steven Spielberg, and others will be in attendance and likely on stage at some point.

Although it'll be a festive occasion today, it'll likely to be a humble entry into delivering entertainment knowing that Apple has big competition like Netflix, AT&T, Walt Disney and others that are out to bury Apple's service. Competitors with vastly larger budgets.

What Apple fans are hoping for today is to learn a little more about Apple's vision for this new content service. We know that Apple has a wide array of content in the pipeline but Apple is also going to announce other content service avenues like magazine and newspapers and perhaps gaming. Apple has a wider deeper vision than most services who will myopically focus on TV and movie content alone for the most part.

Apple's new services will be made available on their own computer devices and on smart TVs by Samsung, LG, Vizio and others to give their service the biggest footprint as possible worldwide.

Will Apple eventually introduce an Apple based 5G smart TV of their own? If they are planning such a device, it will certainly not be a part of today's round of announcements. Apple executives will completely ignore any such questions and deny any development of such a device.

So why even mention it then? Because Huawei has chosen today to get the word out that they're about to enter this hardware market. The smart TV-like devices market will be their new number one priority after smartphones, according to a new report.

They refuse to call it a Smart TV because it will bypass traditional TV architectures that have to be designed with distinct chipsets for distinct markets such the U.S. Europe and Asia. Huawei will instead focus on delivering an entertainment architecture aimed at the universality of 5G networks.

Huawei has deepened its deployments in related multimedia chips and will target TV terminal products. Huawei will roll out smart end-market display products that will form a smart ecosystem along with its 5G, AI and IoT technologies.

Huawei has been adopting a self-sufficiency strategy to support development its smart display products, with its IC-design subsidiary HiSilicon Technologies developing related TV and multimedia chips, without relying on traditional IC designers, such as MediaTek (MStar Semiconductor), Realtek Semiconductor, Novatek Microelectronics and Himax Technologies, which now deliver mature TV solutions and together account for over 80% of the global TV chip market currently.

HiSilicon has sidestepped the development of tuner products, which are believed to be the most difficult part in the production of TV chip soultions due to different frequency and channels for signal transmission in the US and Europe.

Instead, HiSilicon is focusing on the development of multimedia chips, indicated the sources, noting that Huawei aims to utilize multimedia chips to build display products that differentiate from prevailing TV products.

Huawei is mulling rolling out smart display devices with built-in 5G and AI technologies that will let consumers stream music and video at home – an effective way to promote its 5G technology and service, said the sources.

Huawei is focusing on a new hardware platform that could one day supplant traditional TV's, something most Apple fans were hoping Apple would deliver knowing Steve Jobs hatred of cable companies.

The question of what comes first, the chicken or the egg, applies here. Huawei is aiming to deliver a new content platform for high-end content with no content of its own and Apple is starting with content to test out the market first before considering a TV-like smart Display to replace it's tiny set top box.

Google on the other hand is focusing on their own data centers delivering games and entertainment at 4 and 8K for any device running their Chrome browser via Stadia.

Different Industry Giants are taking different approaches of how to reinvent TV and it's way too early to even guess which approach will have a chance of leading the future of television.

Today Apple fans will get to see Apple's first baby steps into this consumer market that Steve Jobs wanted to crack so badly for decades. I know the media makes Netflix out to be unstoppable, but I for one am already bored with Netflix as 90% of its content is Super "B" at best.

A huge portion of Netflix content of late is foreign with sub-titles. I don't know about you, but I have zero tollerance for sub-titles. Unless Netflix ups its game, they could easily be nocked off their perch and Apple is certainly going to make a dent in their standings starting today.

Of course Apple fans should keep expectations in check today regarding Apple's new entertainment service. It's going to be a  wild ride over the next five years and it's going to take us years to understand what Apple's big picture plan really is.

Apple is working on a Next-Gen headset that will be able to deliver new experiences for content involving games, sports, music concerts, movies and VR that will eventually be a part of Apple's content service.

Today is going to be a blast watching Apple debut their new content service because we know that whatever they launch today will only mark the beginning of a very exciting journey on a new roadmap with so much promise.