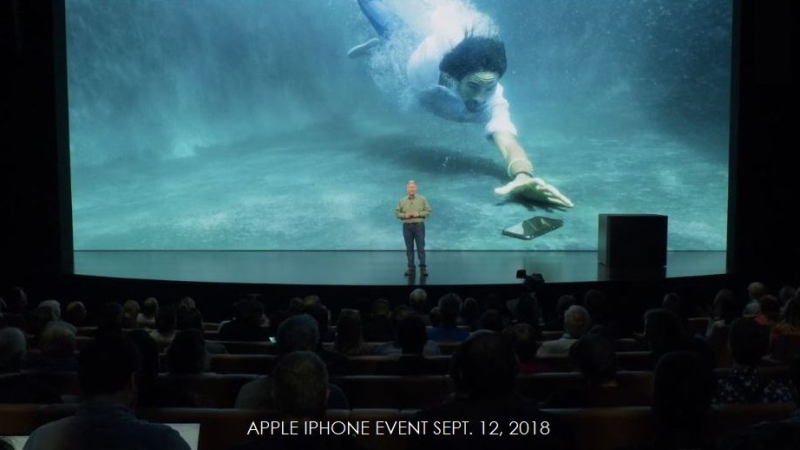 Last September Apple's Phil Schiller was proud to announce that their new iPhones XS/XS Max were water resistant to the IP 68 standard. The standard translates to an iPhone being under water at 2 meters deep, like a 6 foot deep pool, for 30 minutes.  Earlier in 2018 two patent applications were published by the U.S. Patent Office showing that Apple has been working on water resistant coating processes on one front while developing a new expandable lightning connector tip to create a liquid-tight seal on another front.

Yesterday the US Patent & Trademark Office published another waterproofing patent application from Apple wherein they illustrate yet another idea that involves replacing the lightning port with a newly designed water resistant port as presented below. 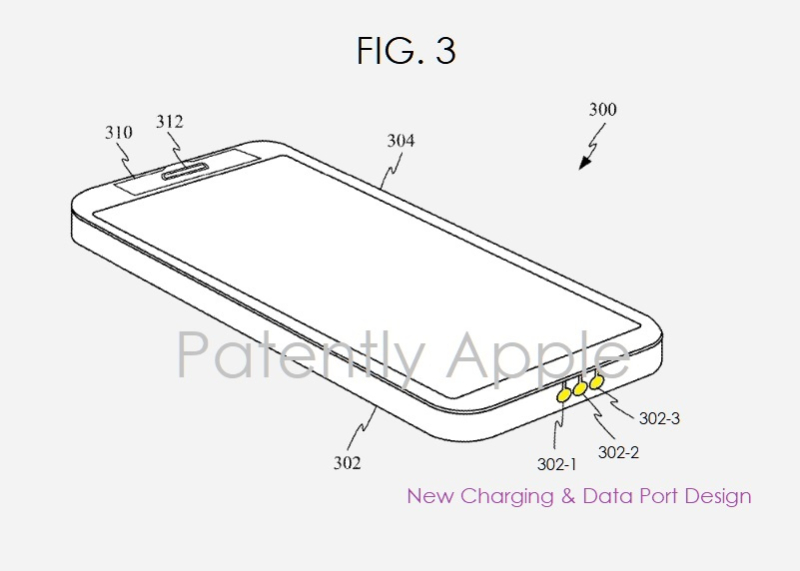 Apple's patent FIG. 3 illustrated above shows a perspective view of an iPhone (exemplary portable electronic device #300). In some embodiments, electrically conductive material 308 can include multiple discrete contact regions 302-1, 302-2 and 302-3 that cooperatively act as a charging port for receiving energy to power an energy storage device along the lines of a battery within an iPhone.

According to Apple, the discrete contact regions could form positive, negative and/or ground terminals. In this way, power can be received by the iPhone without the need for an opening that could reduce the water resistance of the iPhone.

As shown below, the design in yesterday's patent filing resembles that of the smart connector on the Smart Keyboard Folio. Apple's iPhone port design may use that or a variant of it in the future. 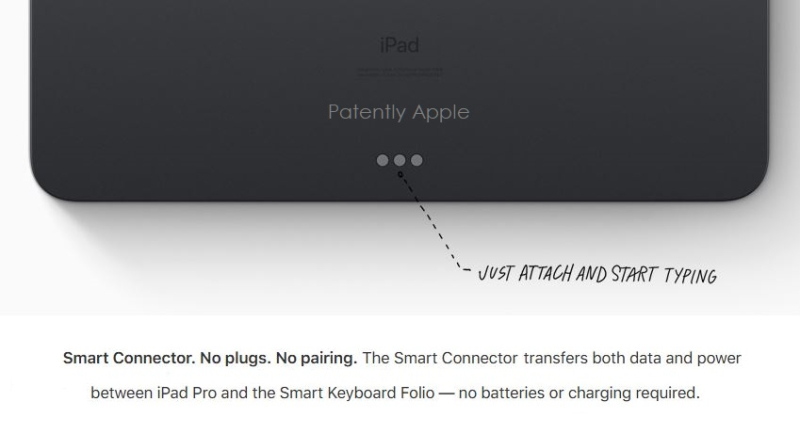 Apple began work on this new port for iPhone back in 2016. Patently Apple covered it in a report titled "Patent Illustrates Future iPhone having Backside Invisible 'Smart Connector' Port." Two of the patent figures from that report are illustrated below.