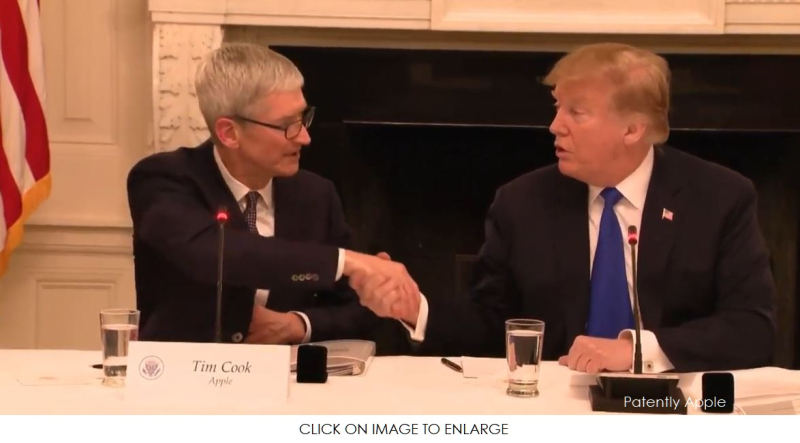 Today Apple's CEO attended the inaugural American Workforce Policy Advisory Board meeting. In the limited press segment after an introductory statement by Ivana Trump, the President stated that he wanted to start with Apple's CEO Tim Cook. Cook's commentary starts around the 5:09 mark of the YouTube video below.

Cook's commentary was more like a brief conversation with the President as he spoke directly to him. Cook stated: "Thank you, Mr. President.  It’s an honor to serve on this council.  I’ve always thought that America is so special in so many ways, but at the heart of all of it is people.  And that, to me, is what this group is about.

For — our company, as you know, was founded by a college drop-out.So we’ve never really thought that a college degree was the thing that you had to have to do well.  We’ve always tried to expand our horizons.

And so that degree — about half of our U.S. employment last year were people that did not have a four-year degree.  And we’re very proud of that, but we want to go further.

And so to that end, as we’ve looked at the — sort of, the mismatch between the skills that are coming out of colleges and what the skills are that we believe we need in the future, and many other businesses do, we’ve identified coding as a very key one. 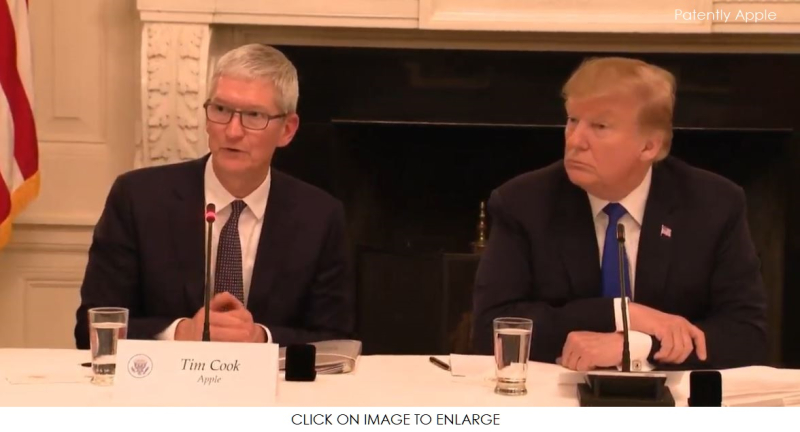 And we believe strongly that it should be a requirement in the United States for every kid to have coding before they graduate from K-12, and become somewhat proficient at it.

And so we’ve provided a — we’ve done a curriculum now and provided it to all schools in the United States.  Four thousand have picked it up.  Now, we have a lot further to go because there’s a lot more than 4,000 schools in America, but that is a start.

We’ve also done that with 80 community colleges.  And we’re really proud of that, particularly with the work that we’re doing in Austin, and providing coding education there.

There’s an enormous deficit in the number of jobs versus the number of candidates.  And so we’re — we are proud to take part and to help to get this alignment much better between education and private sector.  We realize that in something this large, it takes government, private sector, and education all kind of oaring in the same direction, and we’re very proud to be a part of it."

Many news organizations including CNBC and even some Apple news sites unfortunately, and childishly, highlighted Trump's one slip of the tongue at one point in the meeting calling Tim Cook, Tim Apple.