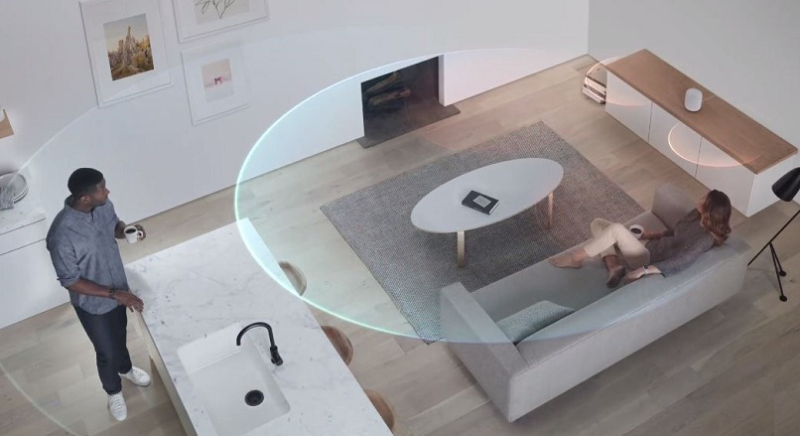 HomePod: Audio Adaption to a Room

Apple begins to describe HomePod on its webpage this way: HomePod is a breakthrough speaker that adapts to its location and delivers high-fidelity audio wherever it’s playing."

Apple's newly granted patent titled "Audio Adaption to a Room," relates to this specifically. It covers the field of rendering of audio by a loudspeaker; and more specifically, to environmentally compensated audio rendering.

In relation to Apple's patent FIG. 4 they noted that 'Sensing logic #408 determines an acoustic environment of the loudspeaker cabinet #400. A playback mode processor receives an audio program #410 and produces an audio signal that adjusts the audio program for room effects based on the acoustic environment of the loudspeaker cabinet 400. 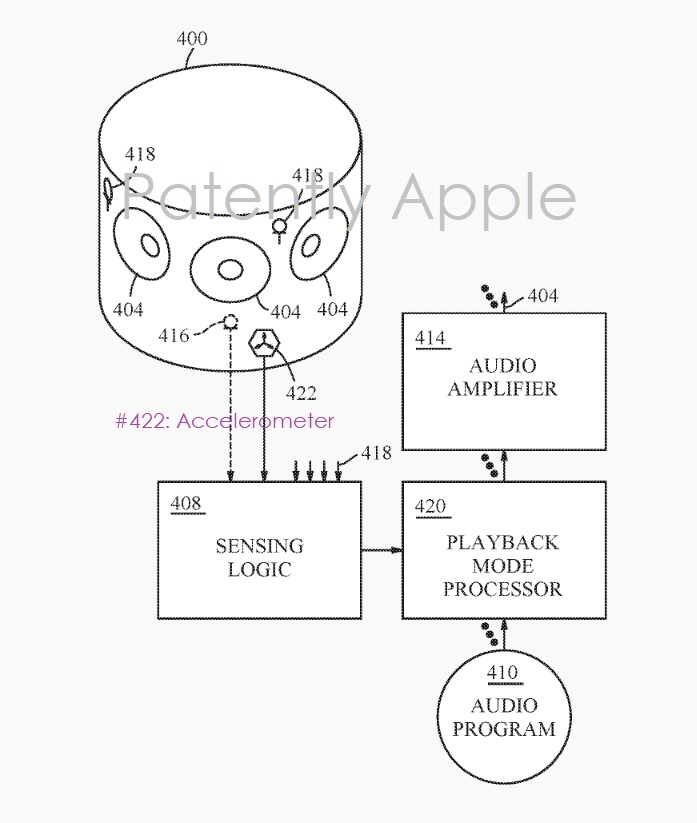 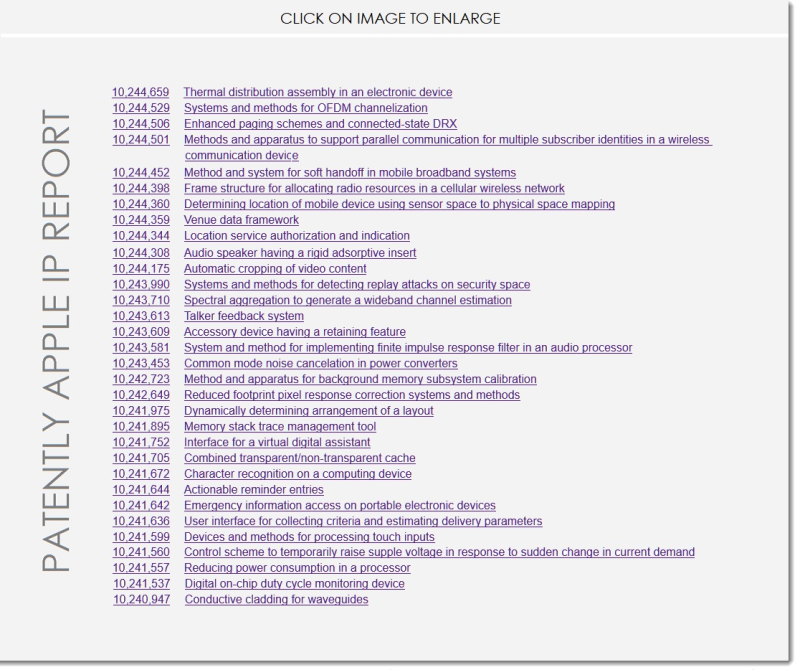