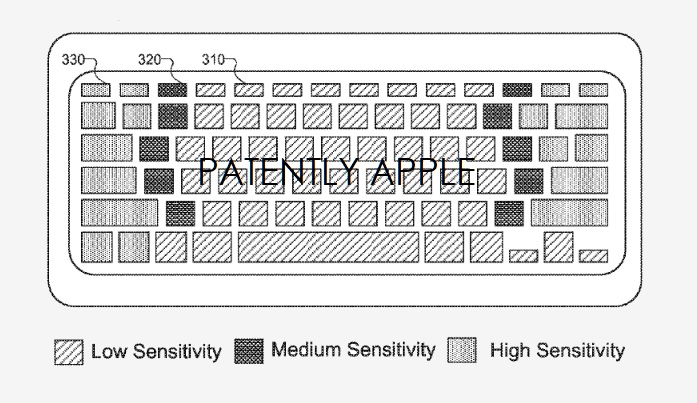 The U.S. Patent and Trademark Office officially published a series of 48 newly granted patents for Apple Inc. today. In this particular report we cover two of Apple's granted patents. The first granted patent is a Project Titan related one that covers 17 possible sunroof assembly configurations being considered for future vehicles. The second granted patent covers a possible future Smart Keyboard for iPad Pro that will allow users to make gestures on.

Apple's newly granted patent (#10,239,390) covers a Project Titan invention relating to movable panel assemblies for vehicle roofs. Sunroofs come in many styles, with the most popular styles incorporating a sliding mechanism that moves a sunroof panel rearward out of a sunroof opening, either to a compartment internal to the roof of the vehicle or to a position external to the roof of the vehicle. Apple's granted patent details seventeen possible sunroof designs a future Project Titan vehicle may employ. For more details review Apple's granted patent here. 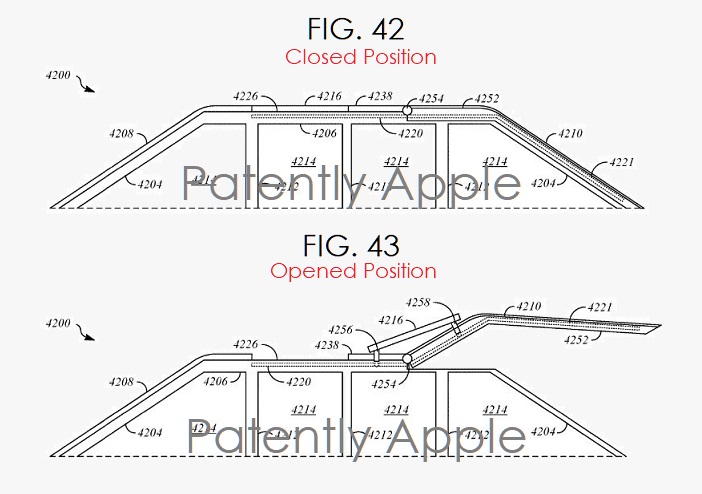 Apple's newly granted patent (#10,241,590) covers their invention relating to a possible future Smart Keyboard for iPad Pro with touch gestures. About a year ago Patently Apple posted a report on this topic titled "Apple Invention covers a Hybrid Touch Sensitive Keyboard." A second patent on this could also be reviewed here.

Today's granted patent discusses a similar type of feature, especially as noted in the figures below. Apple's patent FIG. 4 below illustrates a method for receiving gesture input using one or more keys of a keyboard. 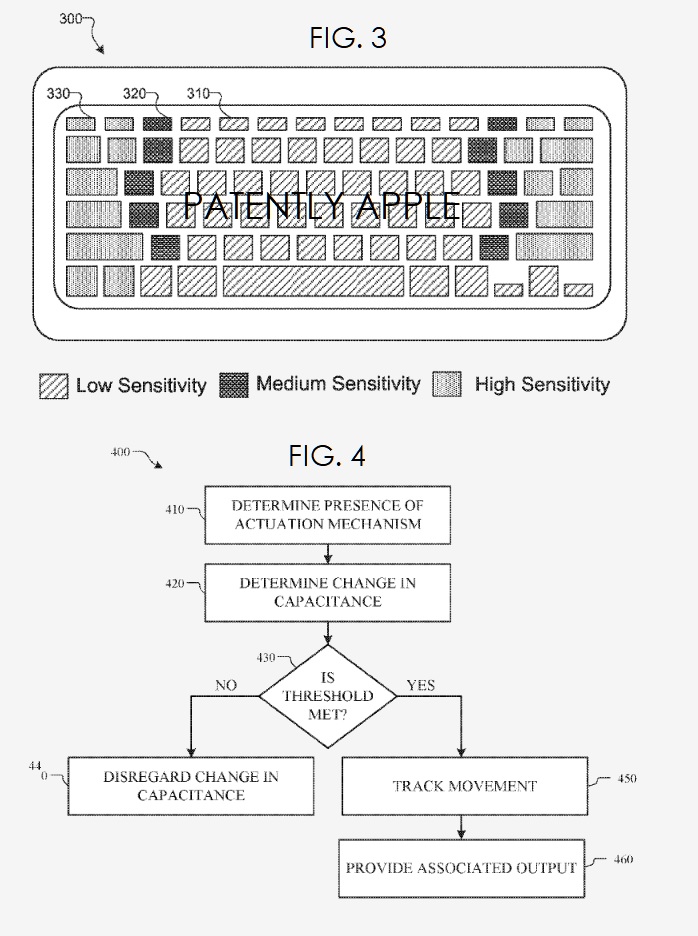 One of the inventors listed on the patent if Liquan Tan, System Engineering Manager who has worked on the iPad Smart Keyboard Folio and its roadmap. The other inventor is Blake Marshall, Input Devices Development Engineer working on input for iPad such as Apple Pencil and more.