In January Patently Apple posted a report titled "Under new Management, Apple Reassigns 200 Project Titan Team Members to other Company Projects." While Apple's announcement was generally interpreted negatively by the media, we emphasized Apple's full statement: "We have an incredibly talented team working on autonomous systems and associated technologies at Apple. As the team focuses their work on several key areas for 2019, some groups are being moved to projects in other parts of the company, where they will support machine learning and other initiatives, across all of Apple,"

Project Titan is a huge undertaking for a computer software and hardware company. Apple began their statement emphasizing the team's focus on several key areas in 2019.

Apple's latest major Project Titan hire in February, to prove all is well with Project Titan, was Dr. Michael Schwekutsch who is Apple's new Senior Director of Engineering who came from Tesla where he was VP Engineering who worked on the Model 3 and Tesla's Semi / Tesla Truck.

Schwekutsch's basic LinkedIn bio below in-part showed his expertise is in drive systems and NVH which covers the relative importance of powertrain noise, wind noise, and road noise in the vehicle's interior; Identify the key sub-components of powertrain noise and means to control them and more. 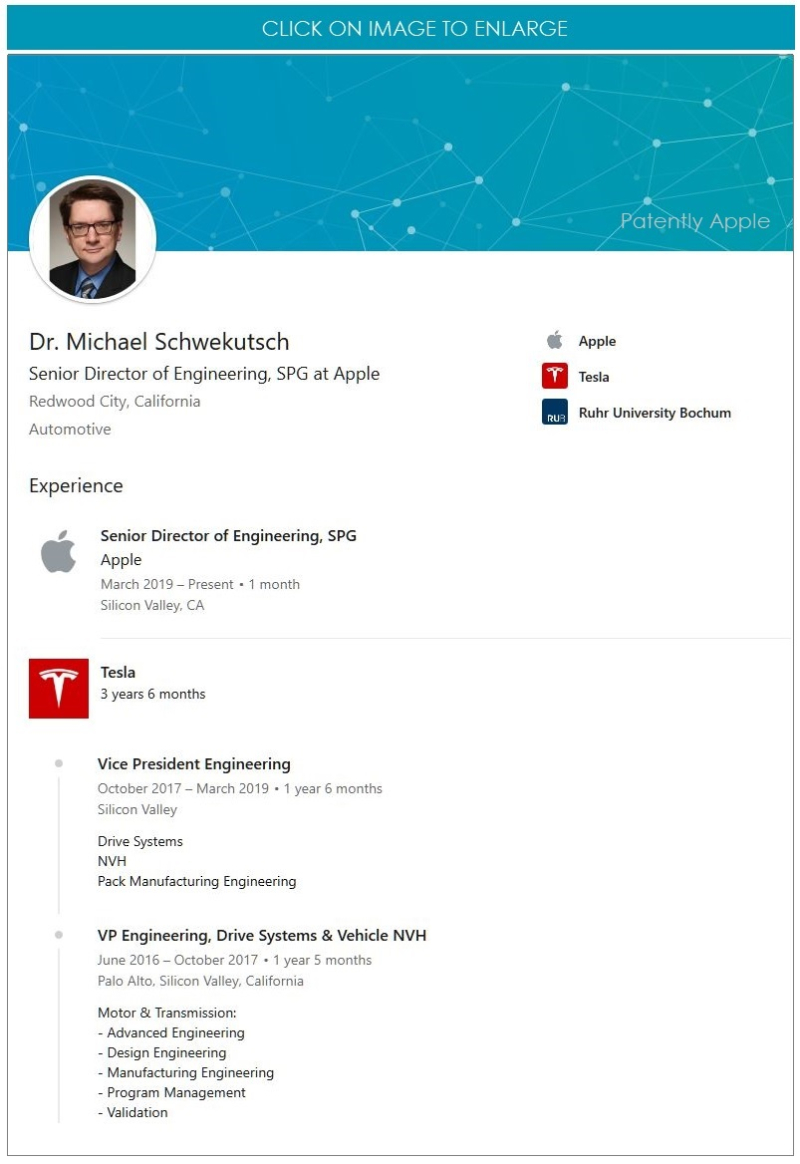 Patently Apple discovered that Michael Schwekutsch has filed for more than 100 patents in the U.S. Schwekutsch revealed that some of his patents covered leading edge Drive Systems like the ones found in the Tesla Roadster II and Tesla Semi / Tesla Truck.

He also stated the he lead multinational teams on 3 continents, resulting in a proven track record of successful series production products like the e-drive systems of the Tesla Model3, Porsche 918 Spyder, BMW i8, Fiat 500e.

Working on such a variety of vehicles in his career makes it's difficult to definitively say what vehicle he was hired to work on at Apple. Apple had reportedly been working with Volkswagen on autonomous shuttle vans last year. One of Tesla's secret projects was a power camper van based on Tesla's Semi. 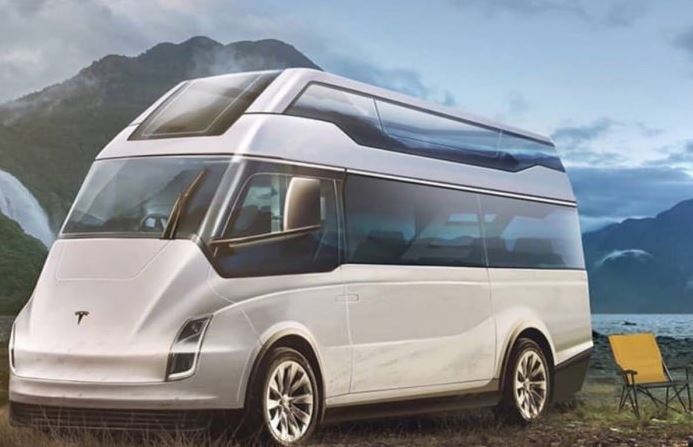