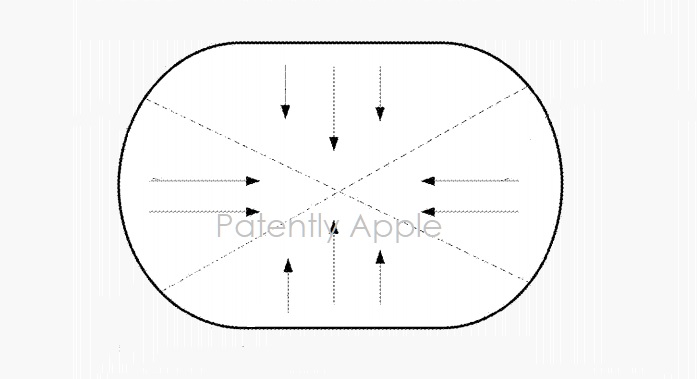 Today the US Patent & Trademark Office published a patent application from Apple relating to AirPower. The invention describes adding graduating texture on the pad from a rough finish in the center through to a smooth surface at the edge in order to keep slippery iDevice from sliding around on the charging mat.

In the first patent application Apple begins by noting that inductive charge mats can experience a problem where electronic devices, such as an iPhone with a glass back could slip off the surface of the mat.  A charging mat with an uncoated silicone surface can prevent phone slippage, but silicone has poor esthetic and haptic qualities, and causes lint and dust to build up on the surface. This is the problem that Apple's invention addresses. 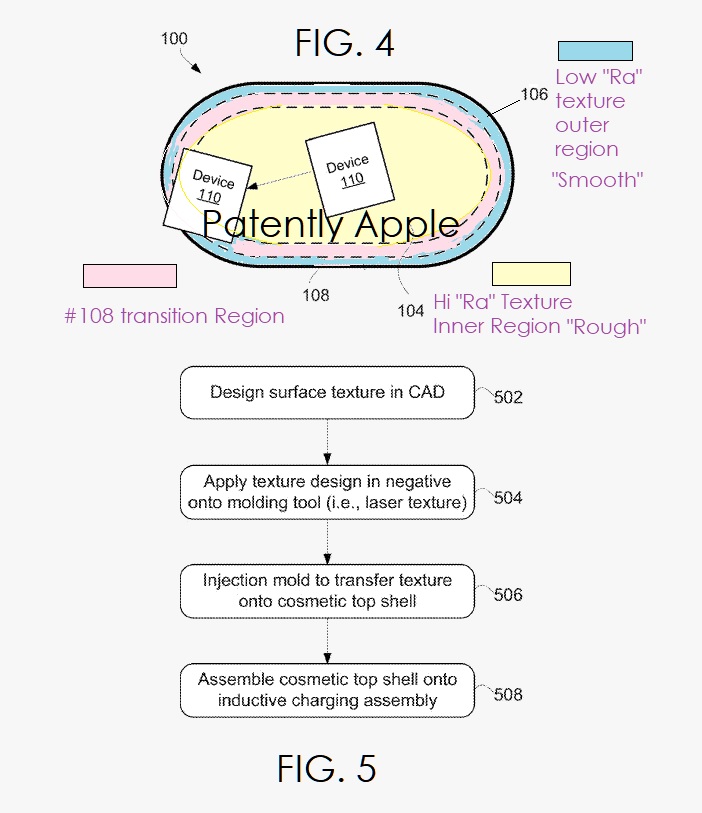 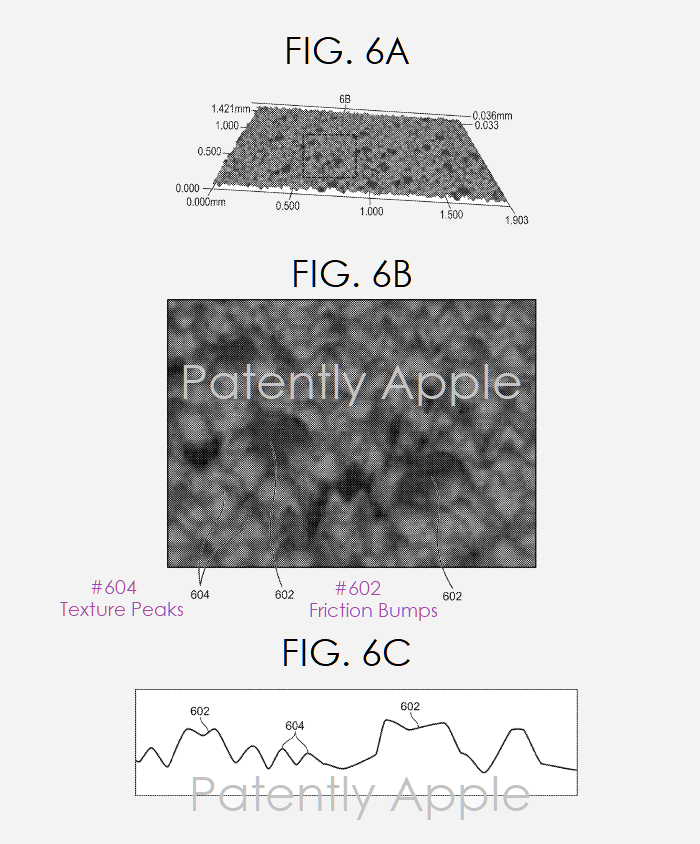 In patent FIG. 6A above we're able to see a computer generated 3-dimensional color scale of the texture along the surface of the wireless charging mat. FIG. 6B is a magnified view of region 6B in the 3-D image in FIG. 6A. FIG. 6C is a cross section view along the textured surface in FIG. 6A.

To ensure that the charging mat is sufficiently 'grippy' – a minimum number of friction bumps #602 needs to be included along the mat surface, and the friction bumps must have a substantially smooth top surface. In some embodiments, the friction bumps will account for up to 20% of the total surface area of the mat and have a height in the range of 20 .mu.m to 30 .mu.m.

In accordance with other embodiments, the surface area of the charging mat includes a first region with an asymmetrical surface texture geometry oriented so as to promote movement of an overlying electronic device toward the center of the mat. 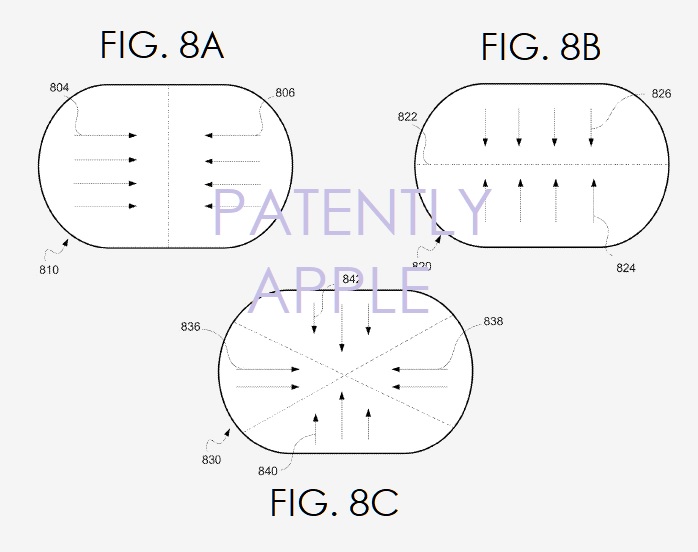 More specifically, this is illustrated in FIG. 8A above where arrows # 804 and #806 on mat (#810) show the direction of movement that the surface texture along each of the left half and the right half of the mat surface promote.

In still another variation shown in FIG. 8C, the surface texture of mat (#830) may be oriented in 4 different directions so that each of a right region, a left region, a top region, and a bottom region of the mat surface promotes movement toward the center of the mat, as illustrated by arrows #836, #838, #840 and #842.

Apple's patent application that was published today by the U.S. Patent Office was originally filed back in Q1 2018. Considering that this is a patent application, the timing of AirPower and these specific features to market is unknown at this time.