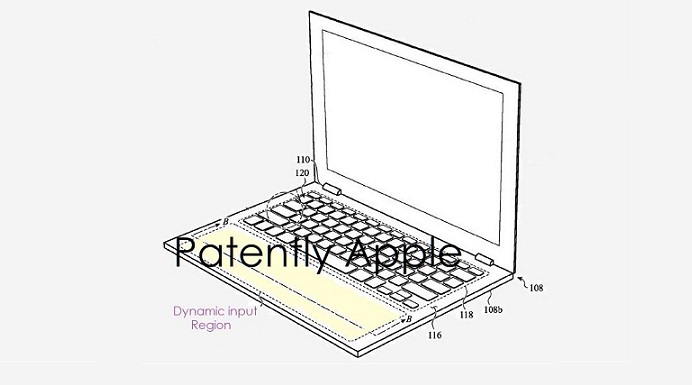 Back in 2016 Patently Apple posted two IP reports (01 and 02) titled "Apple is Focusing on a Game Changing Notebook Design," and "Apple Invents the Movable Illuminated MacBook Trackpad." Earlier this month we posted a new MacBook patent application report on this subject matter and to end the month we've discovered one last patent application in Europe that illustrates Apple's vision for a Virtual or Dynamic Trackpad with regions that could extend to the MacBook's sidewalls. Apple also envisions this design extending to the backside of a future iPhone, Apple Pencil and more.

This week the European Patent Office published a patent application from Apple relating to their work on a possible future MacBook that has an illuminated body that defines a virtual or dynamic trackpad. The electronic device includes a translucent layer defining a keyboard region and a dynamic input region along an external surface. A light control layer positioned below the translucent layer and within the dynamic input region may have a group of illuminable features.

The dynamic input region may also depict various other visual outputs or other optical effects, including illuminating a boundary of a touch input / trackpad, or conveying other information, including dynamic or updateable information of the electronic device.

The dynamic input region may be defined along virtually any exterior surface of the electronic device formed by the translucent layer that is configured to receive an input, including a force input, a touch input, and/or a proximity input. The translucent layer may be formed from one or more translucent materials including, for example, glass, ceramic, plastic, or a combination thereof.

In a particular embodiment, the light control layer may be an ink, coating, substrate, deposition, or other structure that blocks light and the group of illuminable features may include an array of microperforations forming a channel or passage through the light control layer that defines a boundary of the active input area when illuminated.  The array of microperforations may also be selectively illuminated (using an LED matrix or the like) in order to vary a size, position, shape, and so on of the active input area within the dynamic input region. 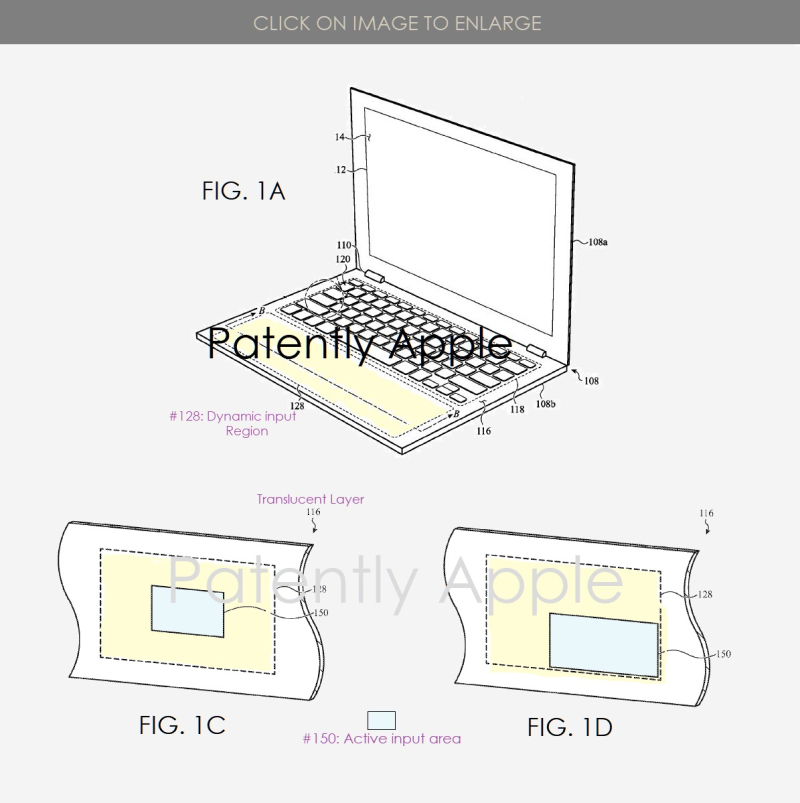 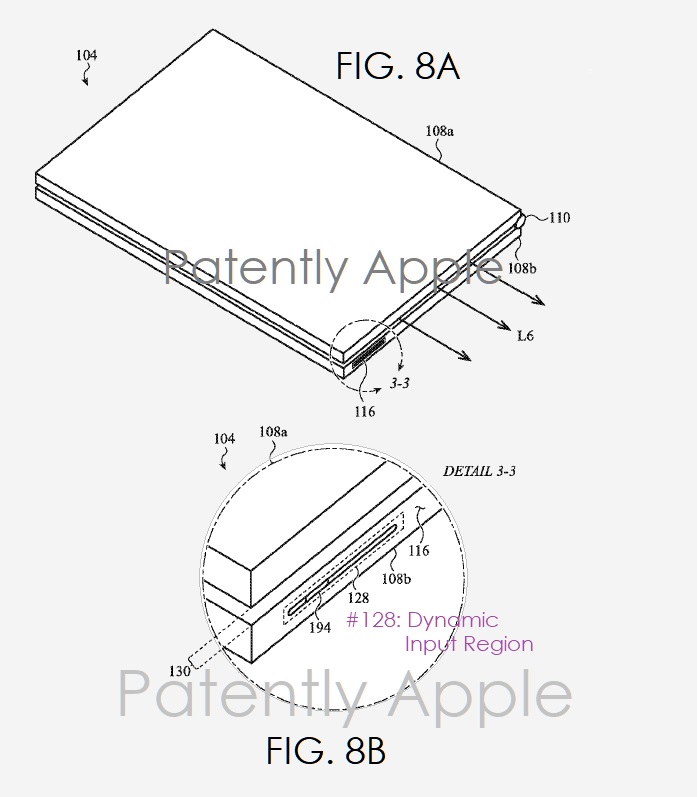 Despite appearances, in an activated state, the electronic device may define a dynamic input region 128 along the exterior surface of the translucent layer 116. The dynamic input region may be a region of the translucent layer configured to receive an input, including a touch input, a force input, and/or a proximity input that is used to control a function of the electronic device.

Apple's patent FIGS. 7C, 9A, 9B, 10 and 11 illustrate that dynamic input regions could be extended to the backside of a future iPhone, Apple Pencil or Apple watch. 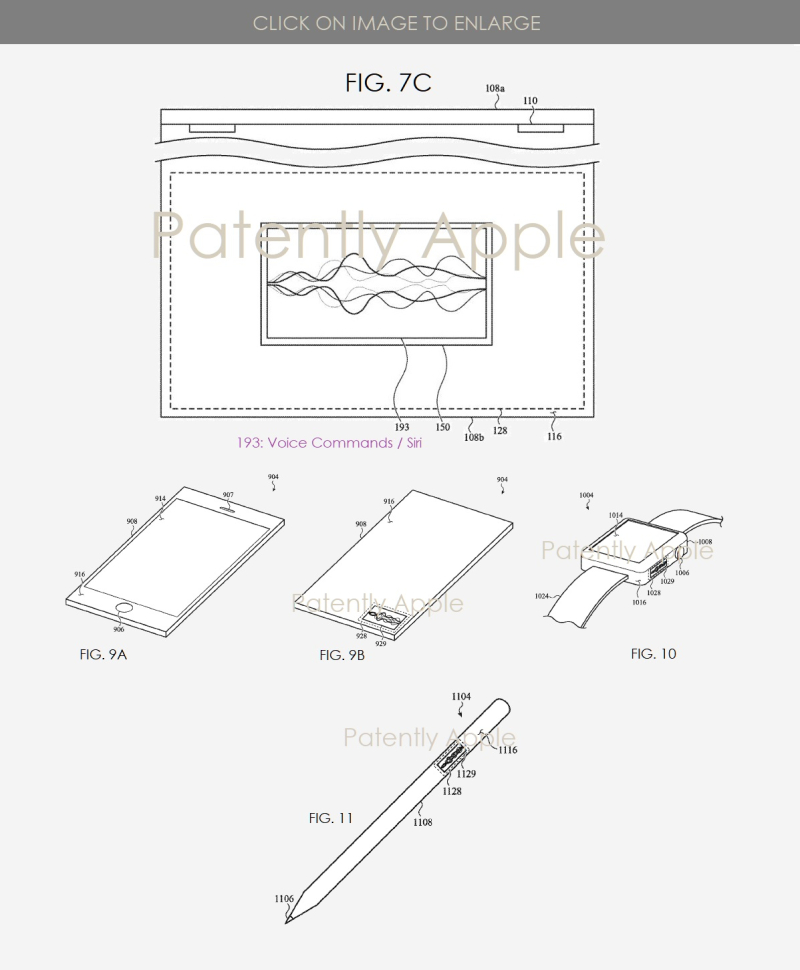 Apple's patent application that was published this week by the European Patent Office and originally filed in Europe back in back in Q3 2018. Considering that this is a patent application, the timing of such a product to market is unknown at this time.