A great number of companies have the AirPower trademark registered in the U.S. and Apple wasn't one of them until recently – as in yesterday 03/20/2019 at 16:28:04 EDT. If I'm reading it right, Apple acquired the trademark from an attorney in Amesbury, UG, according to the filing presented in-part below. Either that's UG for Uganda or a typo for UK, as there's an Amesbury in England. 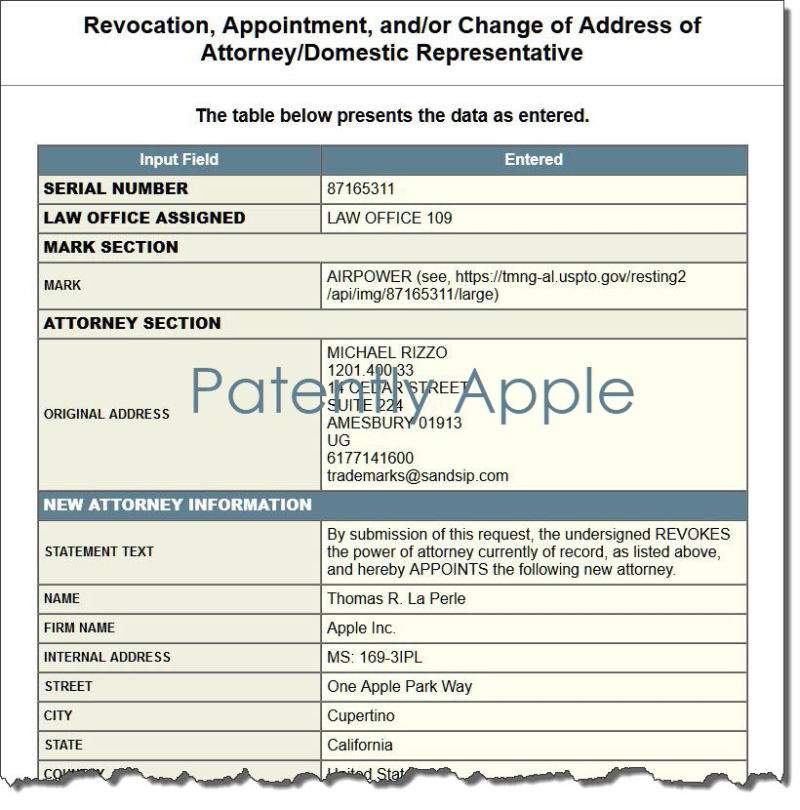 While the delay in Apple bringing AirPower to market has been attributed to overheating issues, it may have been a trademark issue all along. With this issue out of the way, Apple's charging pad may be given the green light to launch in the not-too-distant future.