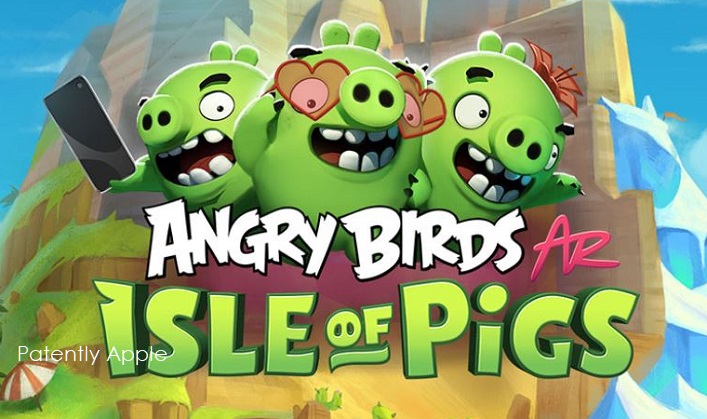 Today at the Game Developers Conference in San Francisco, Rovio Entertainment and Resolution Games have revealed details of their upcoming mobile augmented reality (AR) game, Angry Birds AR: Isle of Pigs. The new game, available for pre-order now on the App Store for iPhone 6s and later, all iPad Pro models, iPad 5th generation and iPad 6th generation, and the new iPad Air and iPad mini, allows players to take the power of the Angry Birds slingshot into their hands like never before, placing the classic piggy constructed towers into the player’s own environment using Apple’s ARKit technology.

Initially launching with at least 40 levels of gameplay, fans of the Angry Birds series of games will get a one-of-a-kind view into different locales of Piggy Island, toppling towers and popping pigs in the classic satisfying gameplay they have come to love.

Employing the unique elements of Apple’s ARKit, Angry Birds AR: Isle of Pigs allows players to overlay Angry Birds levels onto their own surroundings. Viewing the 3D levels through an iPhone or iPad, players can walk 360-degrees around levels to find weaknesses and hidden items, and when they are ready, line up the perfect shot with intuitive onscreen controls. Of course, the classic Angry Birds characters are there to help defeat the Birds’ green nemeses.

Kati Levoranta, CEO at Rovio Entertainment, commented, "We’re delighted to bring the beloved physics-based gameplay of Angry Birds to life through augmented reality. It’s an especially timely moment to bring our avian friends to mobile AR for the first time, as this year marks the tenth anniversary since the release of the first Angry Birds game."

Tommy Palm, CEO of Resolution Games: "This game evokes the core of what makes AR gameplay truly AR. With its engaging characters, classic Angry Birds slingshot gameplay and ability to move around the structures, it utilizes the unique elements of Apple’s ARKit and showcases what AR gameplay is capable of, which is pretty amazing when you see it come to life."

Angry Birds AR: Isle of Pigs is available for pre-order today on the App Store, with the global release coming in late spring 2019.