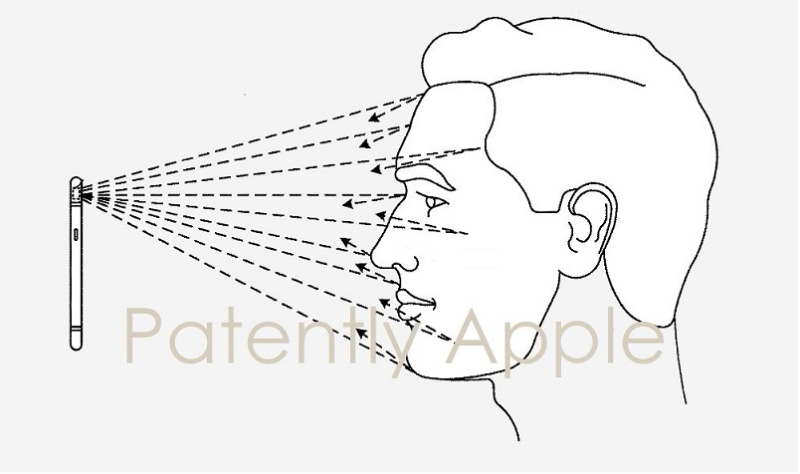 Today the US Patent & Trademark Office published a trio of patent applications from Apple that relate to the original iPhone X with its complete reimagined display with notch, its Face ID depth camera system and newly implemented wireless charging componentry. For the curious who want to read the patents that gave birth to a whole new generation of iPhones, here's your chance.

The display assembly may include a notch in a location corresponding to the vision system. The electronic device may further include a wireless charging module capable of receiving an inductive charge through the second protective cover and providing electrical energy to a battery located in the internal volume.

Apple's patent FIG. 1 and 2 illustrate the front of iPhone X with notch and vision system and the back of iPhone illustrating where the wireless charging componentry sits; FIG. 28 illustrates an exploded view of a wireless power receiving module that can be incorporated into an electronic device to receive power by magnetic induction. 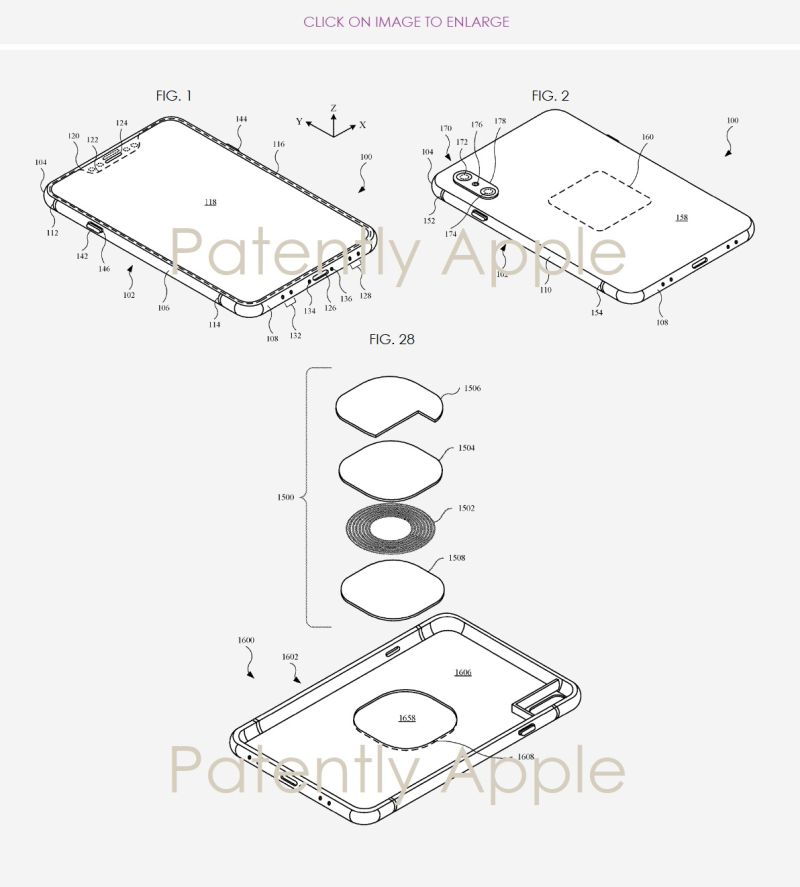 Apple's invention covers Face ID referred to in their patent filing as a "vision system" designed to assist in providing recognition of an object, or objects. In some instances, the vision system is designed to provide facial recognition of a face of a user of the electronic device. The vision system may include a camera module designed to capture an image, which may include a two-dimensional image. The vision system may further include a light emitting module designed to emit several light rays toward the object. The light rays may project a dot pattern onto the object. Further, the light emitting module may emit light in the frequency spectrum of invisible light, such as infrared light (or IR light).

he vision system may further include an additional camera module designed to receive at least some of the light rays reflected from the object, and as a result, receive the dot pattern subsequent to the light rays being reflected by the object. The additional camera module may include a light filter designed to filter out light in that is not within the frequency spectrum of light emitted from the light emitting module.

As an example, the light filter may include an IR light filter designed to block light that is outside the frequency range for IR light. The additional camera module may provide the dot pattern (or a two-dimensional image of the dot pattern) to a processor in the electronic device.

The light emitting module is designed to emit light rays such that when the object is flat (resembling a two-dimensional object), the projected dot pattern resembles a "uniform" dot pattern in which the dots are equally spaced apart in rows and columns. However, when the object includes a three-dimensional object (such as a face), the projected dot pattern may include a "non-uniform" dot pattern in which a separation distance between some adjacent dots differs from a separate distance of other adjacent dots. 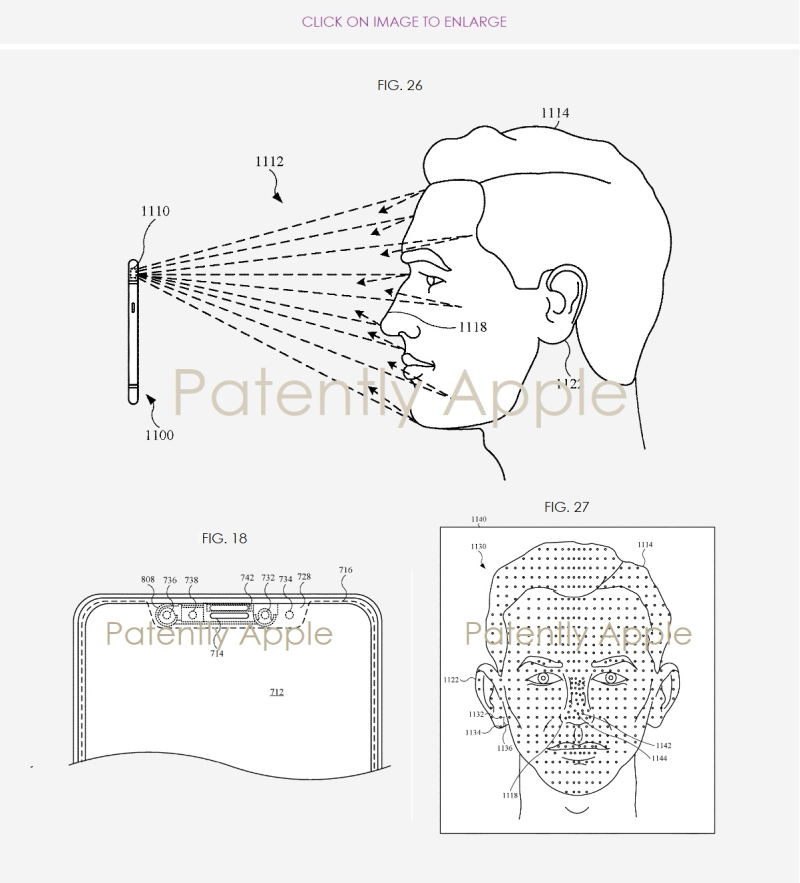 Apple's invention covers techniques relating to Face ID which is a system for preventing or reducing security threats relating to biometric sensors, e.g., for facial recognition. In some embodiments, a device is configured to generate a pseudo-random sequence of image capture modes using at least two different modes.

In some embodiments, a device is configured to use a secret illumination pattern (which may be referred to as a probing pattern) for at least one image associated with a facial recognition session. This probing pattern may be pseudo-randomly determined from among a plurality of illumination patterns (e.g., with statically configured arrays for different patterns and/or dynamically adjustable patterns). For example, the pattern may include only a subset of infrared dots in an array of dot projectors used for a depth capture mode.

In some embodiments, a secure circuit is configured to verify that the illumination pattern is present in image data from the camera unit and may determine whether to allow facial recognition to proceed based on whether the pattern was used.

In some embodiments, the device is configured to use the secret illumination pattern only after verifying a pseudo-random sequence of capture modes, or vice versa, which may further reduce the likelihood of a successful attack. 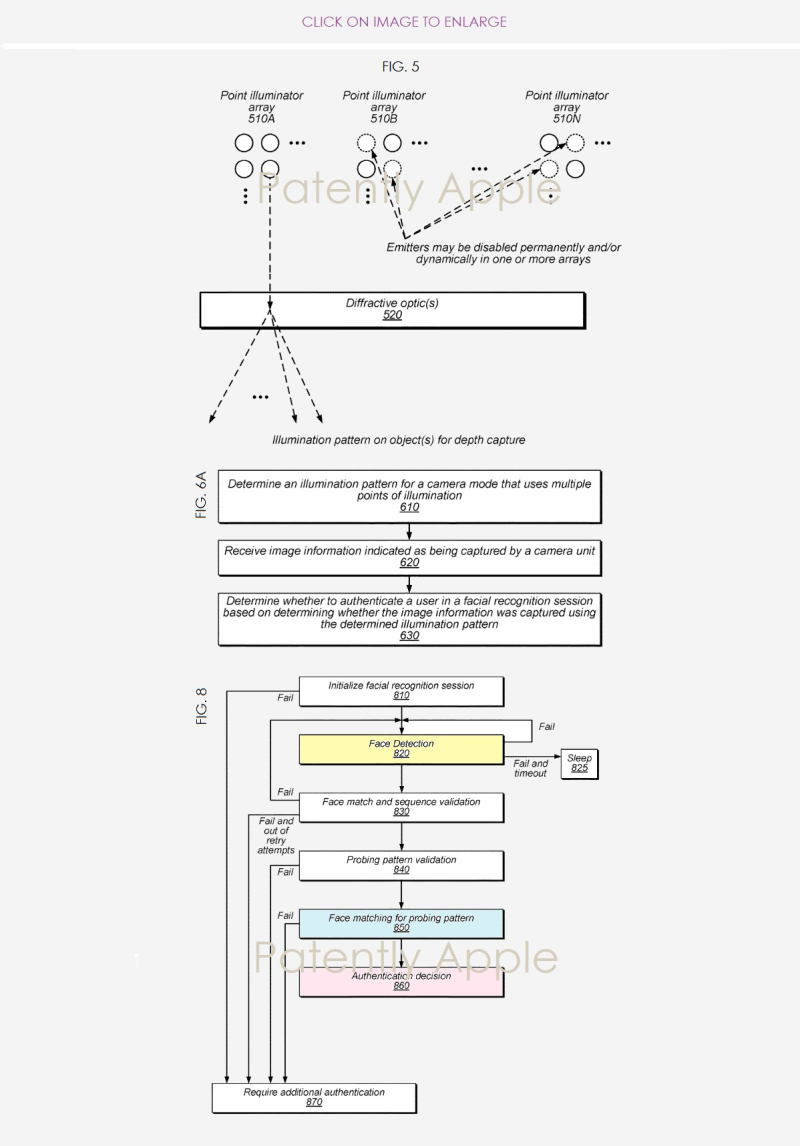