Patently Apple has been following Apple's moves in India since at least 2012 and the talk of Apple opening flagship stores has gone on for years without any tangible success. Seven years later and there's still no word of an Apple Store coming to India. In the meantime Apple's sales sank 50% last year and servicing of Apple products is known locally to be a nightmare.

Of late, Chinese smartphone maker Xiaomi moved into India and has already dislodged Samsung as the leader in that market. They reportedly have close to 100 stores in India. How did they do that when Apple can't even get one store off the ground? It's embarrassing. 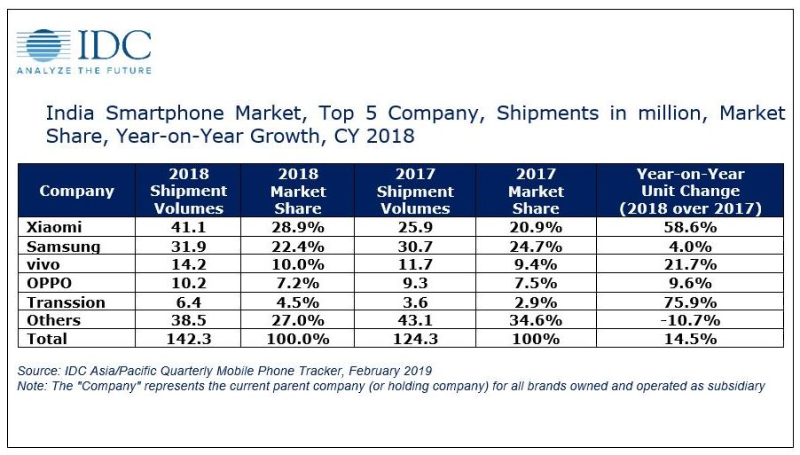 In the premium smartphone market where Apple's only strength rested, is now in third place, according to Counterpoint and their graphic below. 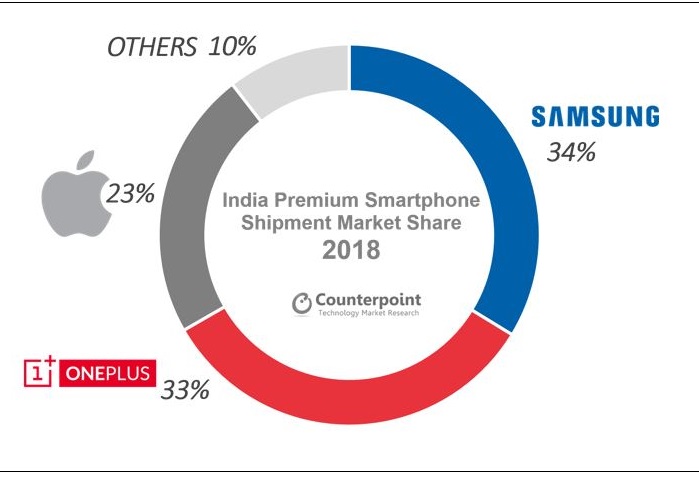 With Apple's premium smartphone leadership now having slipped to third spot, you have to wonder what is going so wrong. The answer appears to be Apple's partnering stores providing iPhone service from hell which in turn is marring Apple's brand.

In a survey measuring customers’ willingness to recommend a company’s products or services to others by Mumbai-based business analysis firm RedQuanta, Apple scored - 22, which was among the lowest in the industry.

RedQuanta, which counts companies like BMW, Ford, Google, and Microsoft among its clients, interviewed 550 Apple customers at 80 Apple authorized services centers in India.

In RedQuanta’s survey, Apple had some of the lowest scores for customer satisfaction, issue resolution, and empathy of store staff to customers and their problems. RedQuanta said 60% of respondents found staff in Apple service centers in India to be "arrogant," and common complaints included staff not being receptive to customers’ concerns about their devices. "The entire process seemed very transactional and non-personal, which isn’t expected from a brand like Apple in the rest of the world," said Anushree Tapuriah, associate vice president of sales strategy at RedQuanta.

By contrast, Tapuriah added that Samsung and Chinese smartphone maker Xiaomi, companies that sell a majority of smartphones in India, top RedQuanta’s charts for customer satisfaction with after-sales service in India. Both companies scored significantly better on metrics like accurately diagnosing the problem with a product and immediate resolution.

The Buzzfeed report then covered a series of testimonies about the bad service that seemed to never end. For those wanting to read about the the depth of negativity could do so by reading the full report here.

A RedQuanta spokesperson further told Buzzfeed-India that "Customers in India pay a premium for their Apple products due to import taxes — a $1,000 iPhone Xs in the US, for example, costs about $1,400 in India. So expectations in terms of service delivery are rather high. As a result, frustrating interactions at these service centers make Apple’s Indian customers particularly dissatisfied.

Navkendar Singh, an associate research director at IDC, said that having "a controlled and curated retail experience" like an actual Apple retail store in India will "help strengthen the halo around the brand."

As the market moves toward cheaper alternatives, sales of Apple smartphones in India in 2018 fell by nearly 50% from the previous year, according to estimates from Counterpoint Research. High prices and bad service is a disastrous combination.

While Apple's CEO continues to tell market analysts that India is an important market for them, year after year goes by without a single Apple Store having been built while younger Xiaomi is having fun running circles around Apple with close to a hundred stores.

China's Xiaomi is now the smartphone volume leader in India and OnePlus is now number two in the premium space over Apple. With other Chinese OEMs like Vivo and Huawei planning to push harder into India in 2019, you have to wonder why Apple just doesn't bail on India instead of being seen as a total loser with under 1% of the market and unable to work with the Indian government  effectively to get a single store built.

There was a glimmer of hope that Apple and India would make an announcement out of Davos last month about an Apple iPhone Plant, but it never materialized. It's the same hope and let down cycle every year.