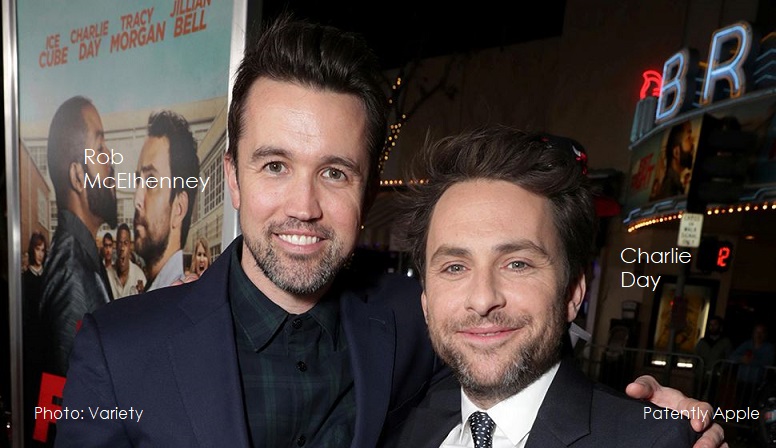 Actors Rob McElhenney and Charlie Day who wrote a comedy for Apple are now rounding out the cast for their half-hour scripted series. The cutting-edge comedy is set in a video game development studio and will explore the intricacies of the human condition through hilarious and innovative ways.

Patently Apple first learned of this new series back in August 2018. The series is set in a video game development studio, with McElhenney also attached to star in addition to writing and executive producing alongside Day. The series marks the duo's first collaboration as writers since 'It's Always Sunny in Philadelphia.' McElhenney co-created 'It's Always Sunny' with both he and Day starring and serving as executive producers on that show.

Day and McElhenney will executive produce via their RCG banner. The series will be produced by the recently announced Lionsgate-3 Arts Entertainment venture along with video game publisher Ubisoft, maker of the Assassin's Creed game series.