Qualcomm's Infringement Cases against Apple are Dropping like Flies

In the last two weeks, a Munich court threw out four more of Qualcomm's Patent infringement lawsuits against Apple and in the U.S., Qualcomm got slammed by a California Judge for their procedural shenanigans that produced a baseless injunction against Apple.

Today we're leaning that Apple has already found a workaround to one of Qualcomm's patents and by doing so has nullified Qualcomm's original claims.

Today Florian Mueller of FOSS Patents mocked Qualcomm's infographic, as presented below, with the reality of the ground thus far in the Qualcomm-Apple patent war. None of Qualcomm's original claims against Apple infringing their technology stand today making the Qualcomm-Apple court case starting in April look bad for Qualcomm. 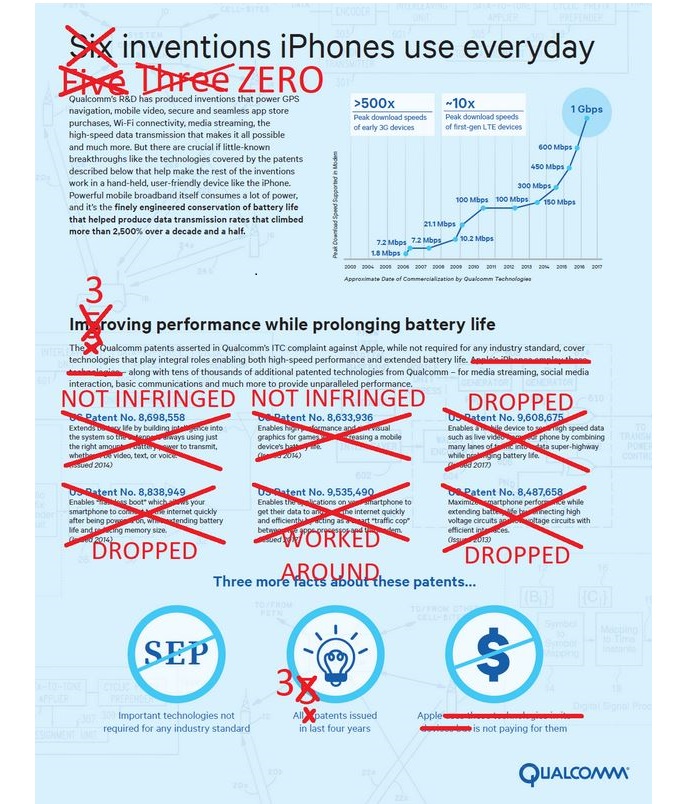