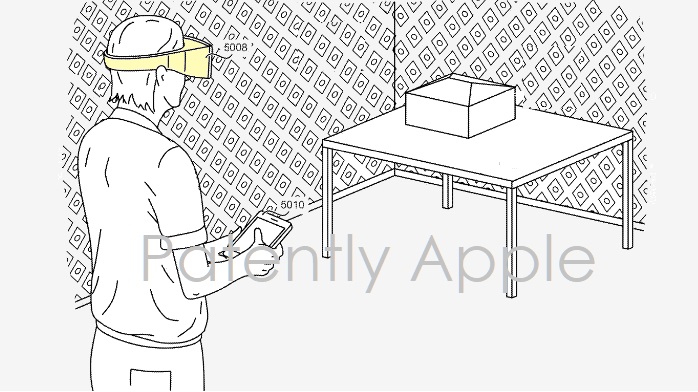 Today the US Patent & Trademark Office published a patent application from Apple that generally relates to computer systems for virtual/augmented reality, including but not limited to electronic devices for interacting with augmented and virtual reality environments.

In addition, these methods take longer than necessary, thereby wasting energy. This latter consideration is particularly important in battery-operated devices. 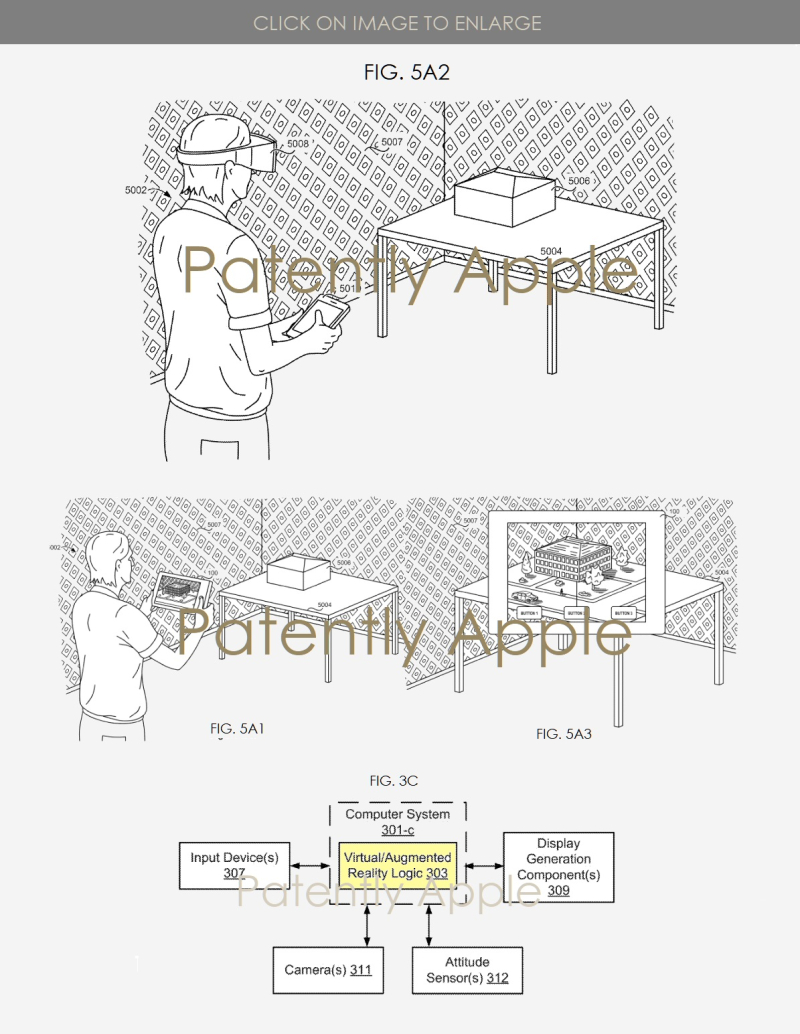 The user is able to add virtual people, cars, trees, bushes and so forth and dissect the building floor by floor if so desired. You could see architects loving this when putting together a proposal and wants investors to be able to see a total environment, building by building and so forth.

Apple has shown during their annual iPhone or iPad events that next-gen interactive games could be enjoyed using AR. Apple also provides developers with Swift Shot for gaming as presented in the video below, and a lot of the patent and its figures delve into such gaming and interactive features.

Apple's patent figures below also show that Apple has patented Swift Shot and the principles behind it. 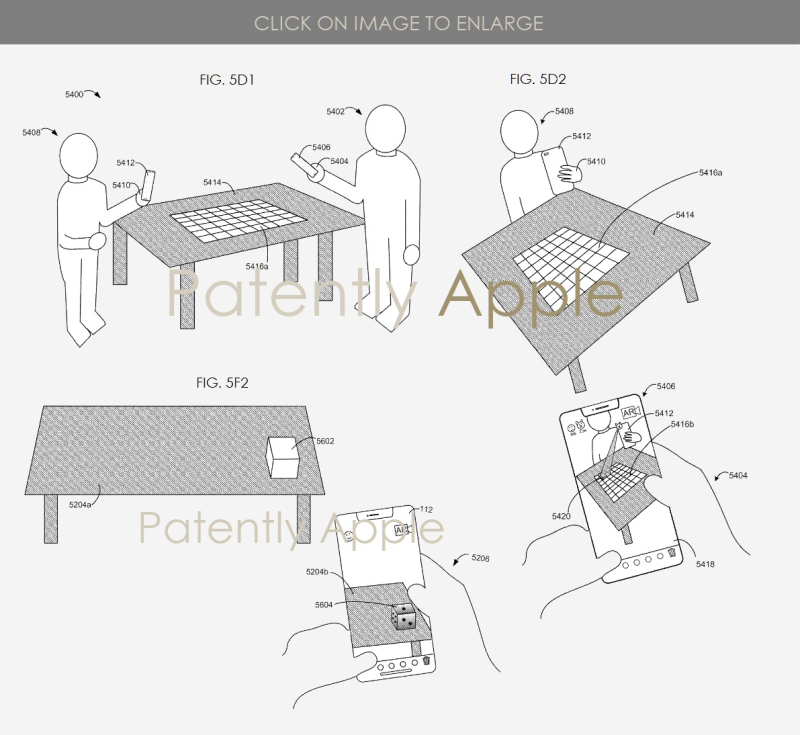 Apple also notes that in some embodiments, the user interacts with the GUI in part through stylus and/or finger contacts and gestures on the touch-sensitive surface.

In the future Apple envision users with a mixed reality headset being able to use apps for image editing, drawing, presenting, word processing, spreadsheet making, telephoning, video conferencing, e-mailing, instant messaging, workout support, digital photographing, digital videoing, web browsing, digital music playing, note taking, and/or digital video playing. This was a part of a 2018 patent covering a user working on a work project while being driven to work in an autonomous vehicle.

Under the heading "User Interfaces and Associated Processes," Apple touches on "a projector, a heads-up display" which was covered in more depth in an invention that was published in August 2018 in relation to an AR Windshield.

Little tidbits found in the patent pointed to a headset being locked and unlocked with just "verbal input for activation" and that Augmented Reality logic could be integrated into future televisions as well as the Apple TV box.

Apple's 292-page AR patent application was originally filed for back in Q3 2018. Although it's a very long patent filing, it boiled down to only 18 patent claims focused primarily on a "method" and a "computer system" that could generate an augmented reality environment.