Nubia launched the Nubia Alpha smartwatch phone in Barcelona during their keynote event at the Mobile World Congress trade show. It Offers a 4" flexible OLED display and with it comes scrolling that gives you the impression that it's actually a full wraparound display.  Nubia has teamed with China Unicom for eSIM support.

Nubia's watch includes a 5-megapixel camera on the front, but more interesting is the gesture system. You can swipe your finger across the camera that changes the display to a new set of icons. Air gesturing has arrived at MWC 2019. 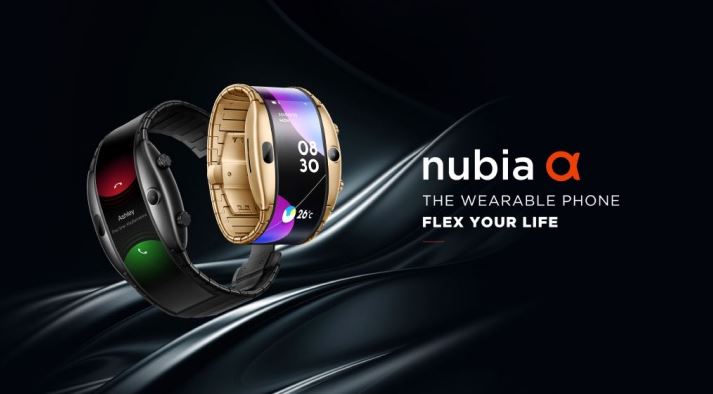 The watch comes in either black or an 18-karat gold-plated version, for when you need some bling for your bling. It's priced at €549 (US$625) for the 4G eSIM model and €449 for the Bluetooth-only version. No word on official US or UK pricing. 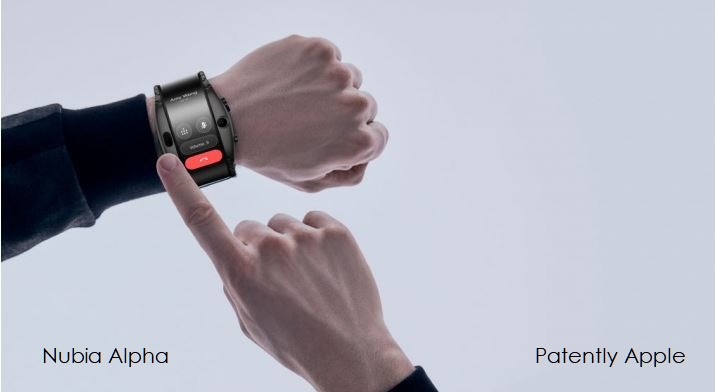 In 2013 Patently Apple posted a patent application report covering Apple's 2011 filing for a next-gen phone-bracelet with a flexible AMOLED display that provided communications like a phone. You could check out the depth of features that Apple initially envisioned for this possible future phone bracelet here.

With Samsung and Huawei introducing foldable smartphones this month, it's pretty clear that the smartwatch that Apple envisioned is getting closer to reality due to new flexible display technology.

For now Nubia wanted to get the credit for bringing such a device to market and the buzz at the MWC 2019 proves it's a general idea that consumers like.

The two videos below show the functionality of the Nubia Alpha. The second video tells us that it's a heavy watch for now. Until it loses it's bulky look, it may only appeal to gadget nuts or super hero comic book fans.

While we're on the topic of new smartphone designs, another one popped up in an article from BusinessKorea today that was really about LG being the leader of OLED displays for smartwatches thanks to the Apple Watch which owns 40% of the market. 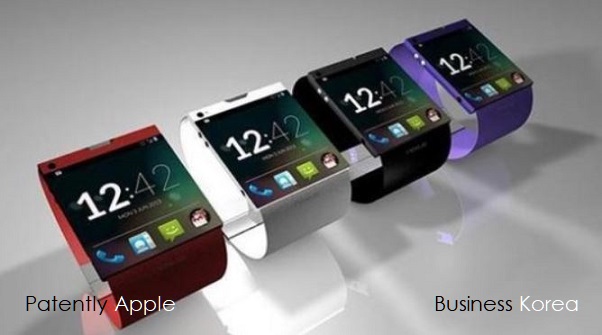 The new design that was the cover graphic for the article illustrated an interesting one in that it offers a face camera and mini app dock for four favorite apps, which is smart.

The article mentioned that EverDisplay was going to overtake Samsung as the #2 smartwatch displays supplier in 2019. I was unable to find which company is behind the new design.

It appears that later this year we could see more Apple Watch competition starting to roll into the market. The new designs may appeal to those wanting a smartwatch rather than a medical device which is where Apple's new focus rests.