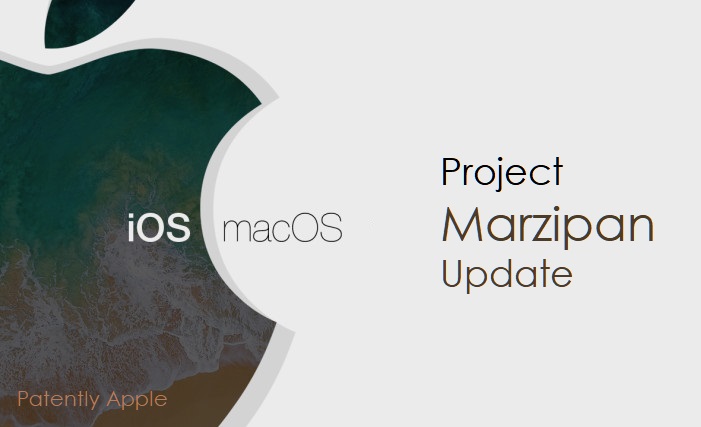 It's being reported today that Apple wants to make it easier for software coders to create tools, games and other applications for its main devices in one fell swoop -- an overhaul designed to encourage app development and, ultimately, boost revenue.

A new Bloomberg report states that "The ultimate goal of the multistep initiative, code-named “Marzipan,” is by 2021 to help developers build an app once and have it work on the iPhone, iPad and Mac computers, said people familiar with the effort. That should spur the creation of new software, increasing the utility of the company’s gadgets.

Later this year, Apple plans to let developers port their iPad apps to Mac computers via a new software development kit that the company will release as early as June at its annual developer conference. Developers will still need to submit separate versions of the app to Apple’s iOS and Mac App Stores, but the new kit will mean they don’t have to write the underlying software code twice, said the people familiar with the plan.

In 2020, Apple plans to expand the kit so iPhone applications can be converted into Mac apps in the same way. Apple engineers have found this challenging because iPhone screens are so much smaller than Mac computer displays.

By 2021, developers will be able to merge iPhone, iPad, and Mac applications into one app or what is known as a “single binary.” This means developers won’t have to submit their work to different Apple App Stores, allowing iOS apps to be downloaded directly from Mac computers -- effectively combining the stores.

The work coincides with the company’s preparations to merge more of the underpinnings of its hardware. Currently, iPhones and iPads are powered by Apple processors, while Macs use Intel Corp. chips. Apple plans to start transitioning some Macs to its own chips as early as 2020, Bloomberg News reported last year." For more on this, read the full Bloomberg report here.

Bloomberg report Mark Gurman first revealed Project Marzipan back in December 2017 as the video below reveals.