LG, the Third Largest Smartphone OEM in the U.S., will unveil a Dual Display Smartphone Next Week at MWC in Barcelona 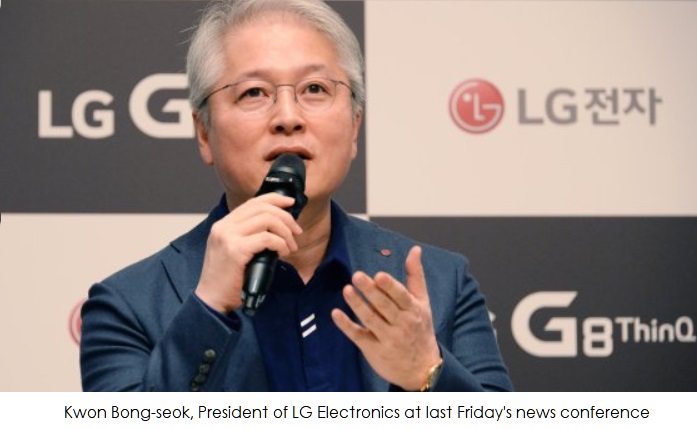 LG's President stated during that conference that the company decided to launch a dual-display phone instead of a foldable phone, thinking that it will be safer to launch the foldable after the market has matured. "We reviewed the option of launching the foldable phone with V50 but decided not to in such an early stage of the 5G market," Kwon said. "We just decided to focus on providing the best 5G experience with the dual-display that will be unveiled at MWC."

Kwon also noted that "This year will be the first year of 5G commercialization, and carriers in major countries, including Korea and the United States, will start to provide the service. LG Electronics plans to launch a two-track strategy of launching both the 4G premium phone G8 and the new 5G phone V50 this year.

It was reported last week that LG Electronics announced its upcoming flagship smartphone G8 ThinQ model will also be adopting a three-dimensional sensor Time of Flight, known as ToF, to provide face identity authentication and a better front-facing camera quality.