Samsung was first to take their a digital Pen, in their case the S Pen, to another level by using it as a tool beyond entering mere text and scribbles (art) onto a display. They updated the S Pen with remote functionality so that the pen's side trigger could be used to take a photo without the user having to touch their smartphone. A recent Samsung patent that is even more daring foresees the S Pen acting as camera with an advanced optical zoom. Samsung aside, it now appears that HP wants to jump on this new smart pen trend.

One way to differentiate one digital pen from another is to provide added functionality to it so that it could assist customers get a project or job done better, especially for those putting on a small presentation.

HP's patent application describes how a number of distinct gesture commands with their pen could perform a zoom operation, a rotate operation, a multimedia streaming operation, and a presentation slide operation. 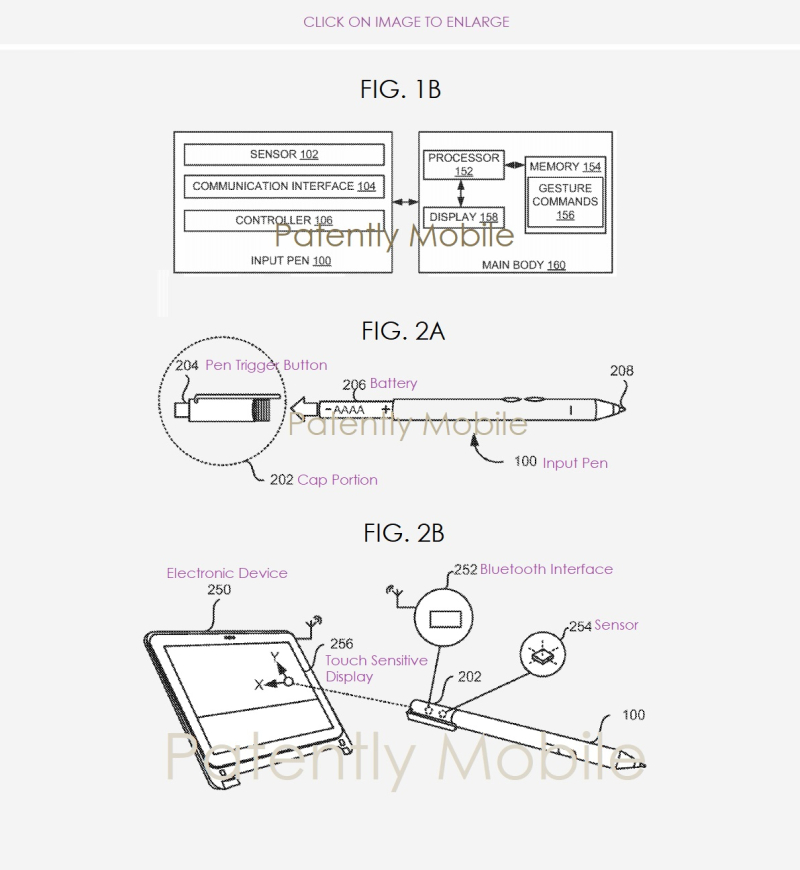 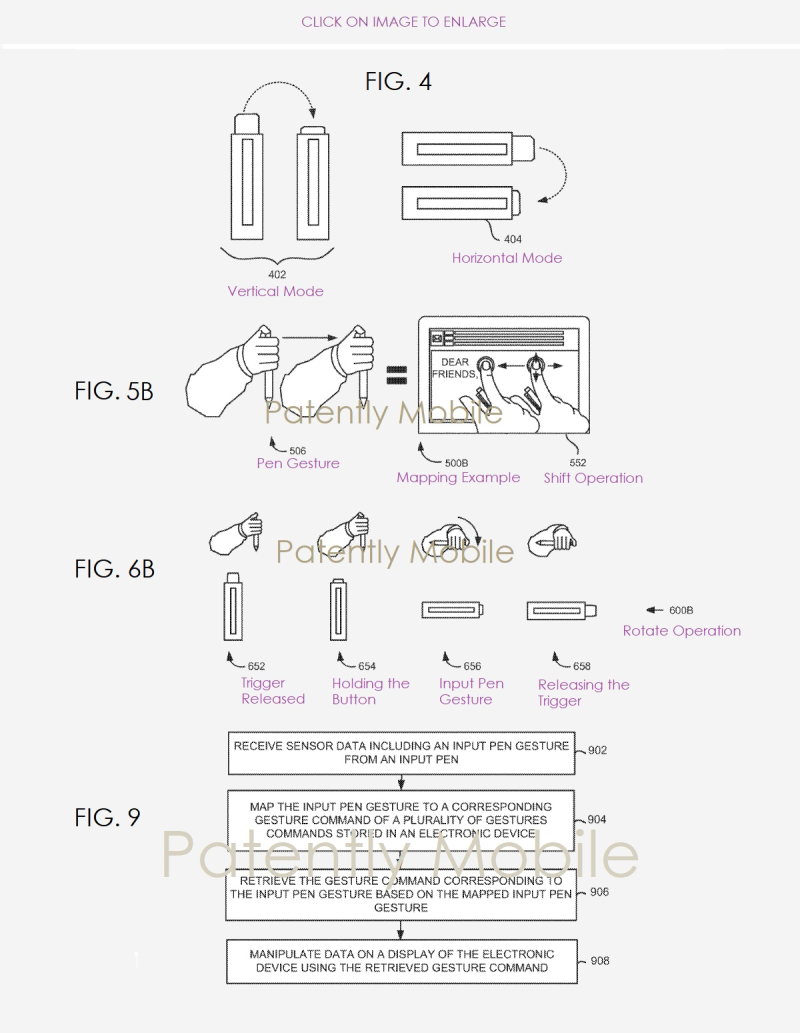 HP's patent application published earlier this month was filed for in August 2018.

There are a number of Apple Patents in our Apple Pencil Archives about what's on Apple's radar screen for the device. One specific patent could perform some of what HP is promoting and even go further by allowing Apple Pencil to work with future AR and mixed reality headsets and beyond. 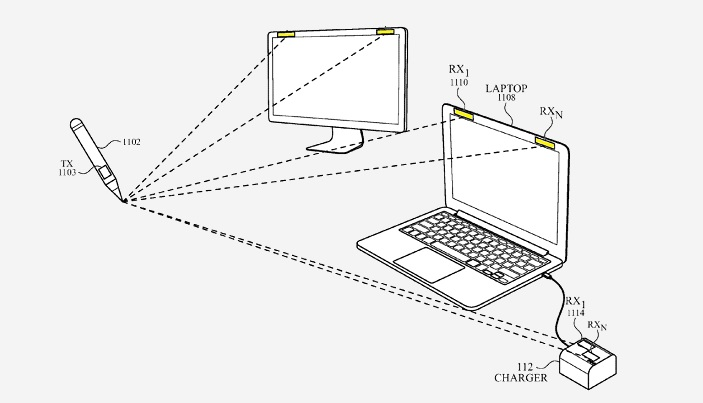 About Making Comments on our Site: Both Patently Mobile and Patently Apple reserve the right to post, dismiss or edit any comments. 20190042006 Those using abusive language or negative behavior will result in being blacklisted on Disqus