Home Archives Contact Us Subscribe Twitter MeWe Facebook Patently Mobile
While Apple will Comply with Russian Laws to Store Data in Russia, the Surrounding 'Big Brother' Hype has yet to Materialize
Apple Moved like Lightning in China to Reduce iPhone Pricing Prior to the Chinese New Year & Online Sales Skyrocketed 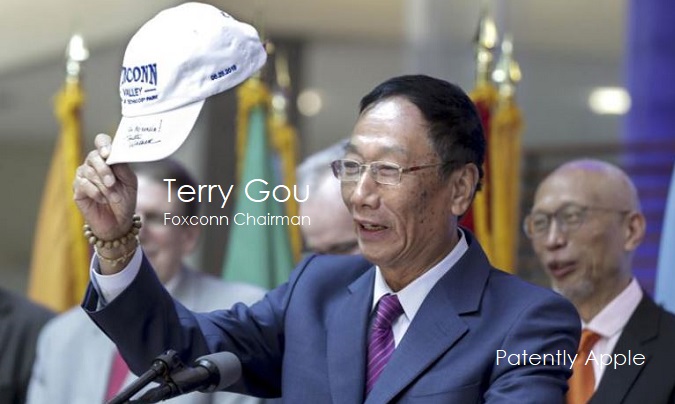 Wisconsin's Cap Times reported this afternoon that "For the second time in as many days a major news report on Foxconn Technology Group scaling back its $10 billion facility in southeast Wisconsin cast doubt on the project’s future, though this time the report was sharply denied by the company and state and local government officials.

The reports from both Reuters and the Nikkei Asian Review seemed to have some facts right and others wrong which produced a confused message. Japanese business publication Nikkei Asian Review reported that Foxconn's Racine County project "has been suspended and scaled back as a result of negotiations with new Gov. Tony Evers."

In its statement, Foxconn credited "productive discussions between the White House and the company" and "a personal conversation between President Donald J. Trump and Chairman Terry Gou" with its decision to move forward with its Gen 6 plans.

For more details on this story, check out the two Wisconsin reports that were posted  today: