Home Archives Contact Us Subscribe Twitter Facebook MeWe Patently Mobile
LG, the Third Largest Smartphone OEM in the U.S., will unveil a Dual Display Smartphone Next Week at MWC in Barcelona
Apple Partners with Dream Corps to Assist those from Underrepresented Backgrounds find Success in the Tech Sector 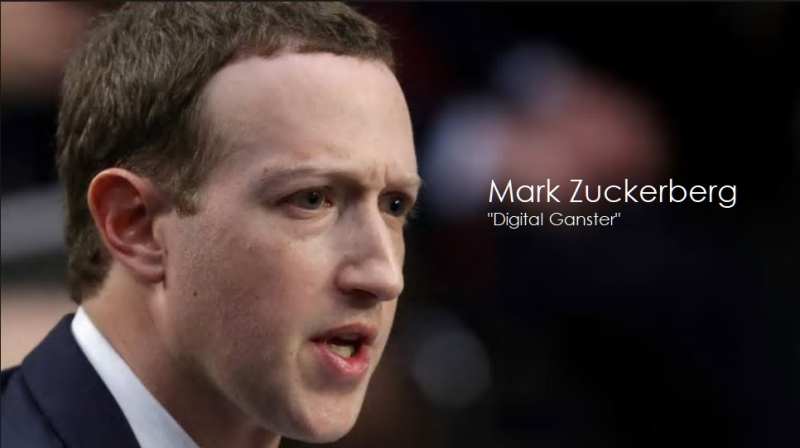 According to a scathing parliamentary report denouncing the company and its executives as "digital gangsters," states that Facebook deliberately broke privacy and competition law and should urgently be subject to statutory regulation.

The UK's Labour Party moved quickly to endorse the committee’s findings, with the party’s deputy leader, Tom Watson, announcing: "Labour agrees with the committee’s ultimate conclusion – the era of self-regulation for tech companies must end immediately.

We need new independent regulation with a tough powers and sanctions regime to curb the worst excesses of surveillance capitalism and the forces trying to use technology to subvert our democracy."

The 108-page report makes excoriating reading for the social media giant, which is accused of continuing to prioritize shareholders’ profits over users’ privacy rights.

The report further stated that "Facebook continues to choose profit over data security, taking risks in order to prioritize their aim of making money from user data. It seems clear to us that Facebook acts only when serious breaches become public."

Few individuals have shown contempt for our parliamentary democracy in the way Mark Zuckerberg has. If one thing is uniting politicians of all colous during this difficult time for our country, it is our determination to bring him and his company into line.

In a distinctly measured response, Facebook's Karim Palant, the company’s UK public policy manager said that the company is "open to meaningful regulation and supports the committee’s recommendation for electoral law reform. For more on this, read the full Guardian report here