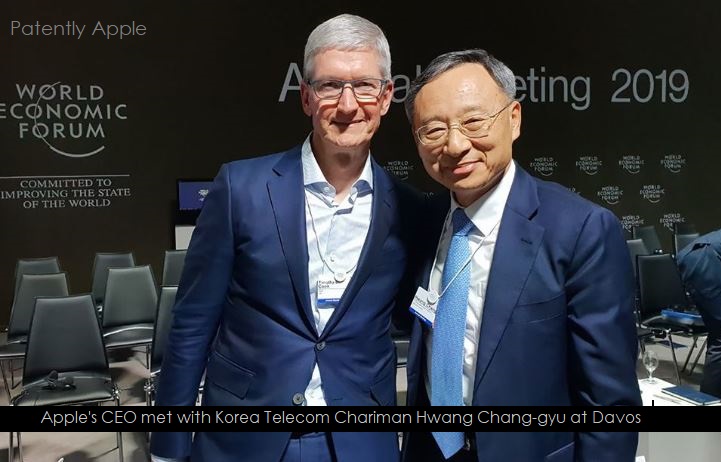 The International Business Council (IBC) meeting, which took place on Jan. 22 during the World Economic Forum in Davos, invited the top 100 influential chief executives from all industries to discuss globally relevant business issues. For the first time, a Korean company, KT (formerly Korea Telecom), was invited to this annual meeting whose theme for 2019 was globalization and the age of the fourth industrial revolution.

KT Chairman Hwang Chang-gyu said during the event that "Compared to the United States and China, Korea has better technology, services and infrastructure."

While global CEOs initially thought that the United States or China would become the center of 5G, considering the two countries' disputes over a Chinese IT company, Huawei, they later recognized that Korea's 5G leadership after listening to Hwang's explanation.

Another of the 100 guest CEO's attending this year's IBC meeting was Apple's Tim Cook who met with KT's Chairman. Cook told Hwang that he would visit Korea this year to see the nation's 5G infrastructure first hand.

Due to Apple's legal wranglings with Qualcomm, Apple has hinted that 5G iPhones may be released in 2020. Apparently Intel was unable to supply the volume needed for 5G modems this year. Meeting with Hwang in South Korea could provide Apple's 5G team with needed insights.