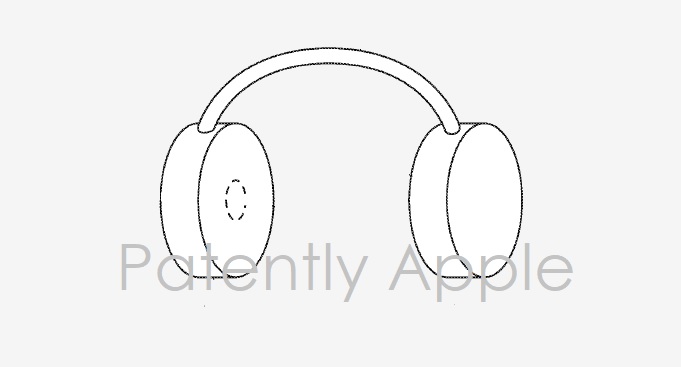 Today the US Patent & Trademark Office published a patent application from Apple that relates to future headphones. This is the fourth headphone invention to come to light since November 2018. (One, two & three). In today's published patent application we learn that the headphones are designed to work with music but also 'on-screen content' as noted in the patent that obviously would support Apple's upcoming entertainment content. Apple's future headphones may be able to sense through motion and grip sensors if the headphones are being put on in reverse and to automatically reverse the audio so that it could be in sync with content on screen. So if a car is racing from left to right on the screen, the audio will match up properly instead of playing right to left because the headphones were put on wrong. It's a small but important feature.

Audio content is often provided in a stereo format. Stereo audio has left and right channels. If care is not taken, a pair of headphones may be placed on a user's head in a reversed configuration. In the reversed configuration, left-channel stereo audio is played into the user's right ear and right-channel stereo audio is played into the user's left ear. This type of reversed audio may detract significantly from a user's experience.

For example, if a user is watching accompanying video content, the reversed audio left-channel audio will not be properly synchronized with on-screen content, which can be disorienting for the user.

A user may experience additional challenges when sharing headphones with another user. For example, a user may find it difficult to place headphones on another user's head without inadvertently reversing the left and right audio channels on the other user's ears.

Apple's patent FIG. 5 below is a side view of a portion of an illustrative headphone wherein a sensor is being used to detect a user's grip on the headphone by analyzing the pattern of finger contacts between the user's fingers and thereby discriminating between left-hand and right-hand grip patterns. 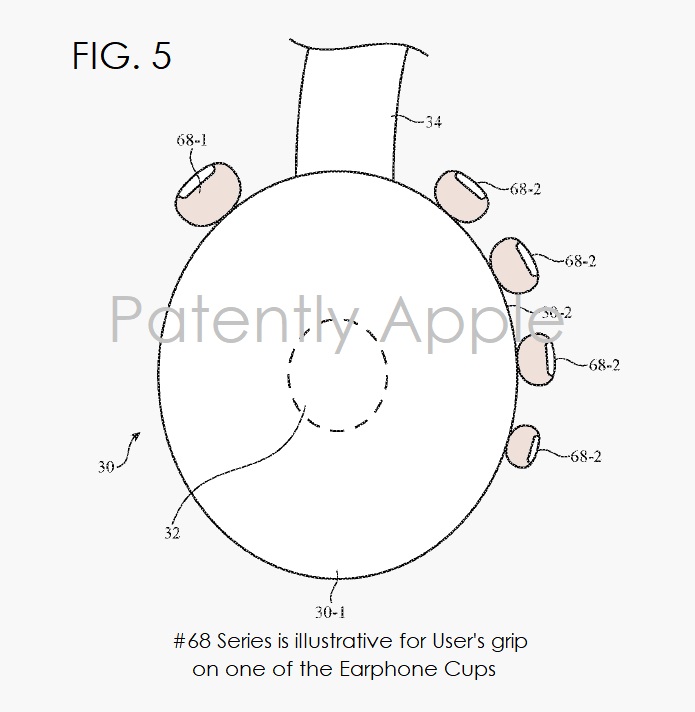 Apple further notes that a motion sensor may be used in conjunction with the grip sensor to help distinguish between unreversed and reversed orientations. 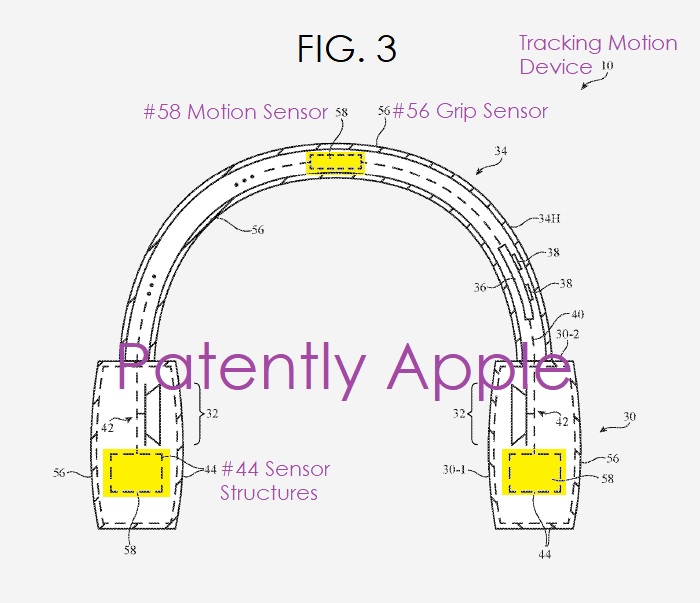 An outward motion may be indicative of a user placing headphones on someone else's head. Using a grip sensor to distinguish a user's left hand from a user's right hand, control circuitry in the headphones may be able to characterize motion of the headphones as motion towards the user or motion away from the user. Control circuitry may then determine whether audio should be played in a reversed configuration or an unreversed configuration.

Apple's patent FIG. 4 below is a diagram of an illustrative capacitive touch sensor used in fabric. 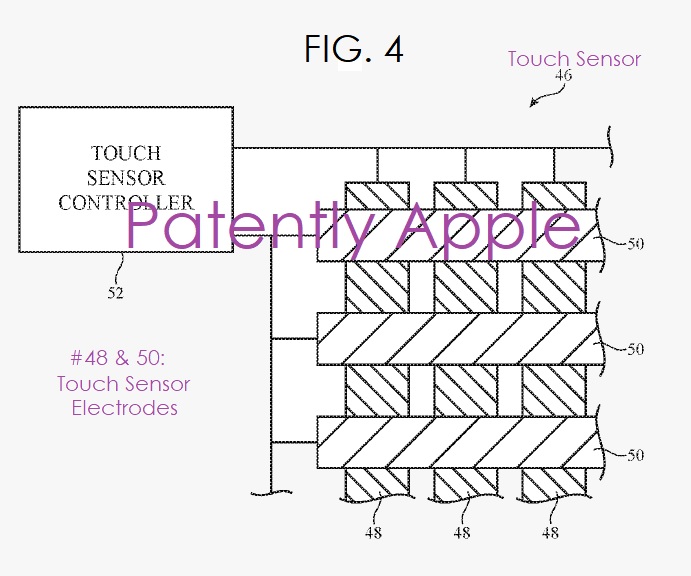