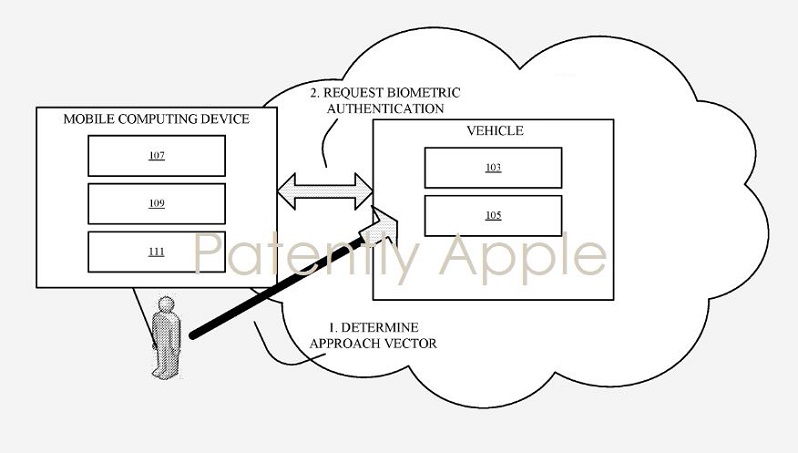 About a week ago Patently Apple posted a report titled "A Second Chinese National Working on Project Titan has been arrested by the FBI for Stealing Company Secrets." If anyone had any doubts that Apple is working on semi and fully autonomous vehicles and systems should think again. If Chinese nationals are trying to steal Apple's technology, it's because it introduces a series of highly sophisticated systems that the Chinese want to copy.

Today another Project Titan patent was published by the U.S. Patent Office that sheds more light on a series of unique Apple technologies for future semi and fully autonomous vehicles. The patent covers a highly advanced and secured vehicle entry system; allowing users to make payments at drive in services without ever pulling out a credit card or even use Apple Pay in the manner used today; allow users to call up their vehicle in a parking lot and have it come to them; and be able to set a vehicle's preferences from the way the user likes their mirrors set to the seat's positioning and so forth.

Today, vehicles may be accessed and operated using a key or key fob. Typically, the key fob may provide a remote keyless entry system that provides access to the vehicle by unlocking the doors and additional functionality such as starting the engine. However, most conventional key fobs or keyless entry systems are single factor security systems that offer only a low level of security. Moreover, some conventional remote keyless entry systems are vulnerable to man-in-the-middle attacks and other security issues. For example, the vehicle is unable to identify the person carrying the key or key fob, so anyone with the key fob can operate the vehicle.

Additionally, a traditional key or key fob is often large and inconvenient to carry, and easily misplaced, and thus can be stolen. Certain vehicles may provide a valet key that limits access to a storage area of the vehicle, e.g., a glove box or trunk, but otherwise allows full control of the vehicle. In short, a vehicle with a key or a key fob provides rudimentary security and would benefit from many improvements.

Apple's invention provides a superior security system for future vehicles. Apple's patent system includes a secured asset such as a vehicle with a computing device and optional computing devices that communicate with the vehicle.

As an example, the vehicle may be parked and the mobile computing device may be held by a person approaching the vehicle.

Identifying a Passenger (for Uber-like service) and Making Purchases Effortlessly

Apple's description above of a "passenger" is relating to the security system also working with future commercial services such as Uber or Didi Chuxing that will use autonomous vehicles.

This was covered extensively in another patent application from Apple published in early December 2018. Our report titled "Apple Invents an AR Application for Uber-like Services to Assist Drivers and Passengers ID each other in a Crowd."

In today's Project Titan patent, Apple describes how a vehicle's biometric security system could be used in connection to making purchases at a gas or energy station and more.

In the future you'll be able to pull up to a fast food drive through, put in your order while your vehicle and or Apple Pay system is making the payment for the food so that you could grab your food and go without having to make payment at the drive in window.

Apple notes in patent point #23: "The vehicle and/or the mobile computing device may be parked within a location zone that is associated with a fueling station and a user may purchase fuel or electricity, among other things. The vehicle will transmit a request for biometric authentication for payment to the mobile computing device, and receive a response to the request for biometric authentication for payment from the mobile computing device. A particular geofence may represent a virtual perimeter associated with a defined set of real-world geographic boundaries. Apple notes that this could be applied to ordering coffee at a drive in location amongst other services.

Calling up your Autonomous Vehicle to Meet You

Imagine going to a parking lot and being able to call up your car to come and meet you at a different location. The vehicle knows the user's location by means of their iPhone or Apple Watch. So if your vehicle is on level 4 of a multi-level parking tower, the car will drive itself down to you on the main level. It sounds both weird and cool at the same time.

Apple further notes that beyond security In such instances, the vehicle may also accept a request from a user via voice commands to turn on the heat in the vehicle or turn on CarPlay or other vehicle functions like mirror settings, seat settings and more.

Lastly, Apple notes that while the invention is in context of a vehicle, the system may also be useful for building access, storage access, or any other access to a secured space.

Of course if the car is somehow stolen, functionality of the vehicle won't be able to be accessed. 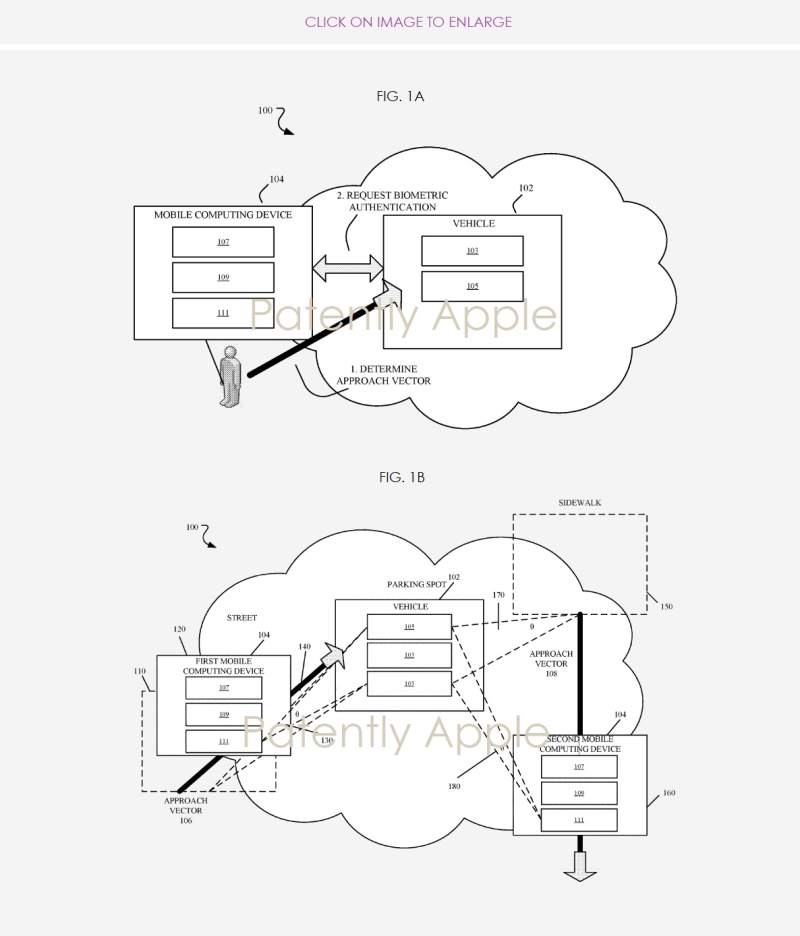