The U.S. Patent and Trademark Office officially published a series of 56 newly granted patents for Apple Inc. today. In this particular report we cover a fully magnetic Apple Watch Band. While Apple offers leather and Milanese Loop Apple Bands that offer magnetic closures, Apple's granted patent covers a band that is completely magnetic. The watch would be able to be attached to a Mac, a kitchen fridge or fold in way that would act as a protective case when not in use as presented in patent FIG. 5B below. 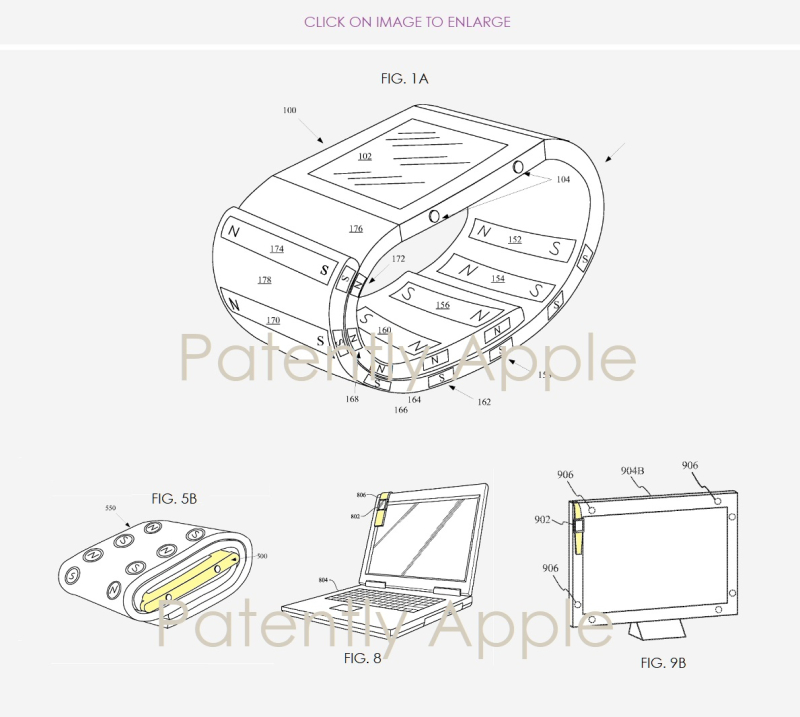 Apple has another invention covering this same theme that you could check out here. Apple has also filed for another patent on this theme of keeping the band snug so that health sensors could accurately measure vitals late last month.