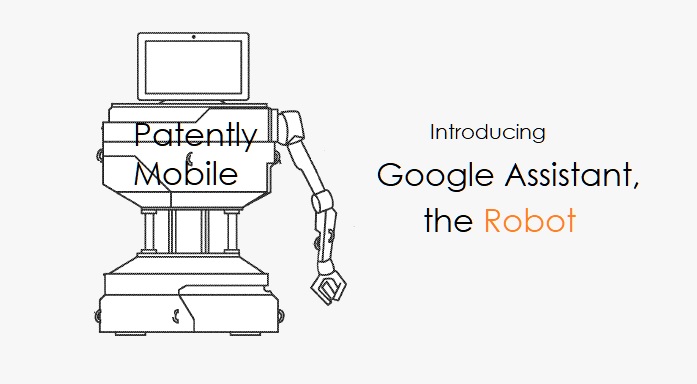 Today Google Home is a smart speaker powered by Google Assistant that lets you control smart devices, and get information, all via voice commands. One day in the future, according to a newly granted patent, the Google Assistant may take on a robotic body to assist around the home or factory floor.

As technology advances, robotic devices are being created for performing a variety of functions that may assist users. For instance, robotic devices may be used for applications involving material handling, transportation, welding, assembly, and dispensing, among others. Over time, the manner in which these robotic systems operate is becoming more intelligent, efficient, and more intuitive.

Considering that Google is miles ahead of the competition in autonomous vehicles, it's not really surprising that Google may now be starting a secondary avenue to use their advanced autonomous systems for future assistance in the home, factory floor and beyond.

Can you say RoboCop? Okay, not in the short run but it's interesting to see that this project has actually begun. For more on Google's robot invention, read our Patently Mobile report here.