Home Archives Contact Us Subscribe Twitter MeWe Facebook Patently Mobile
Apple Won 63 Patents today and one of them is for a Future headset with Next-Gen Haptics and Audio Output
In a Surprise Announcement, Apple's SVP of Retail Announces her Departure this April 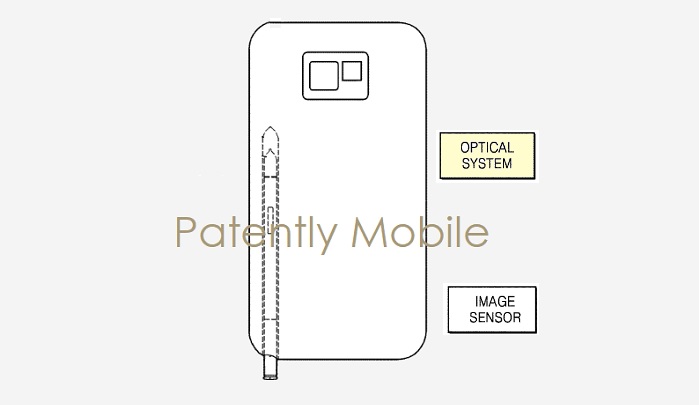 The U.S. Patent and Trademark Office published a granted patent for Samsung Electronics today that reveals the company may be taking their S Pen into whole new territory in the future. The invention focuses on the S Pen doubling as a camera that could provide users with a vastly superior optical zooming system in contrast with a digital zoom system now found on all Galaxy smartphones.

In Samsung's granted patent they note that in general, smartphones are used more and more for taking photos. Although an "optical zooming" function provides superior quality, smartphones don't use them because of their thin designs. Smartphone are restricted to digital zoom.

To get around that problem Samsung's newly granted patent illustrates that they may be considering adding a camera with an optical zoom inside a future Note Smartphone S Pen.

Considering that Samsung began to introduce all new functionality in the S Pen last year with a button that allows users to click on to take photos with their phone and control a slide presentation, it would seem that Samsung's granted patent is giving us a peak at a possible next-gen feature in-the-works.

As you can see in Samsung's patent figure 2 below the camera lens is fit into the upper chamber of the S Pen and a control key that could control the zooming feature. 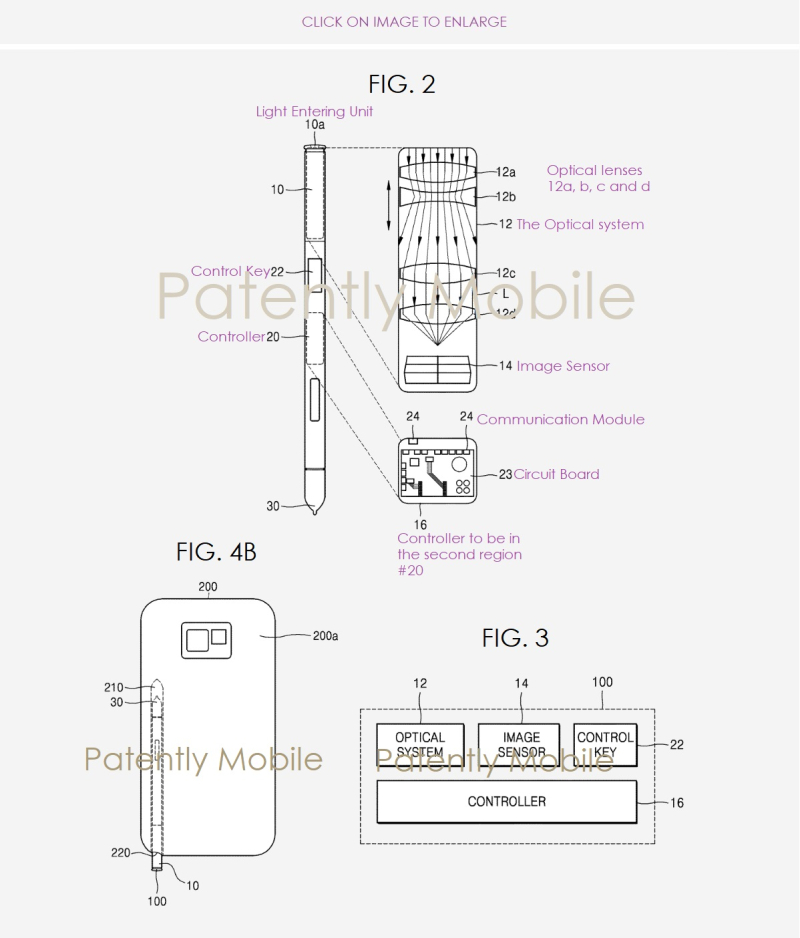 The number, type, and arrangement of a lens-set that includes an optical zoom that constitutes the optical system may vary. While our report covers the optical system with a single configuration in patent FIG. 2, Samsung does provide alternative lens setups not shown in our report so as to not confuse the focus of the invention.

Samsung's patent figure 4B is just to confirm that the S Pen is in fact destined for a future Galaxy Note smartphone. Samsung's patent FIG. 3 simply points out the four key points of this next-gen pen with an optical system, an image sensor, a control key and controller.

As Samsung prepares to expand the use of an S Pen, Samsung notes in this granted patent that slots may be provided in future notebooks and desktop displays to slip the S Pen into.

Samsung filed for this patent back in late February 2017 and it was granted today by the U.S. Patent and Trademark Office.