While Apple may Gain a Third Camera for Premium iPhones in 2019, we'll have to wait until 2020 for a Next-Gen 3D Camera 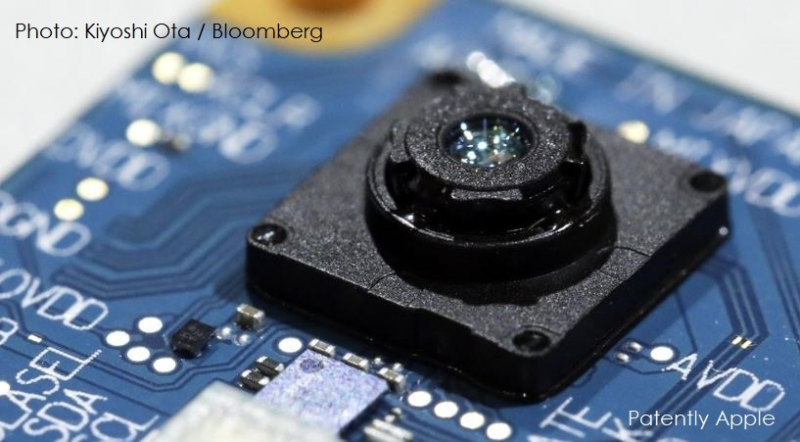 On December fifth Patently Apple reported on Huawei pounding their chest saying that 2019 was going to be a strong year despite other smartphone players as they plan to deliver new 5G smartphones and introduce a 3D camera. In late December we also posted a report that Apple could be onboard the 2019 3D Camera trend for Smartphones that will introduce In-Air Gesture Controls.

Today a new Bloomberg reports claims that Apple's 2019 iPhones will sport the long rumored triple back side camera while the trend of adding an advanced backside 3D camera is likely to be scheduled or put back until 2020 iPhones.

A third camera on the back of 2019 premium iPhones will help the device capture a larger field of view and enable a wider range of zoom. It will also capture more pixels.

In October 2018 Patently Apple posted a report titled "Apple has shown great interest with In-Air Gesturing via Multiple Patent Applications and their Pursuit of Leap Motion." Apple has a series of patents on using 3D cameras that have much longer ranges than Apple's current Face ID.

In Bloomberg's report they note that the 2020 "rear-facing, longer-range 3-D camera is designed to scan the environment to create three-dimensional reconstructions of the real world. It will work up to about 15 feet from the device. That’s in contrast with the current iPhone 3-D camera system, which points toward users and operates at distances of 25 to 50 centimeters to power Apple’s Face ID facial-recognition feature.

Apple’s new system uses a laser scanner, rather than the existing dot-projection technology which doesn’t work as well over longer distances

The laser-powered 3-D camera would enhance augmented reality on the iPhone, allowing for more accurate depth perception and placement of virtual objects. It could also help the handset take photos that can better capture depth, the people said. Apple has been in talks with Sony Corp. about testing sensors for the new system, one of the people said.

The 2020 iPhone camera may be a prelude to an AR headset that Apple has been preparing.

Our late December report showed a photo from Sony showing how a 3D camera could be used for in-air or 3D Gesturing to control gaming or other iPhone features as presented below. 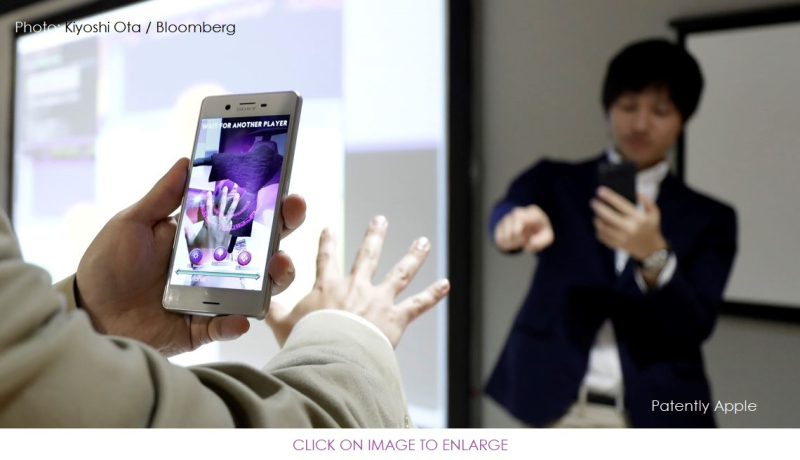 Lastly, Bloomberg's report noted that Apple’s next operating system update, iOS 13, will include a dark mode option for easier nighttime viewing and improvements to CarPlay, the company’s in-vehicle software. For other little details about what could be on Apple's roadmap for the year, check out the Bloomberg report here.