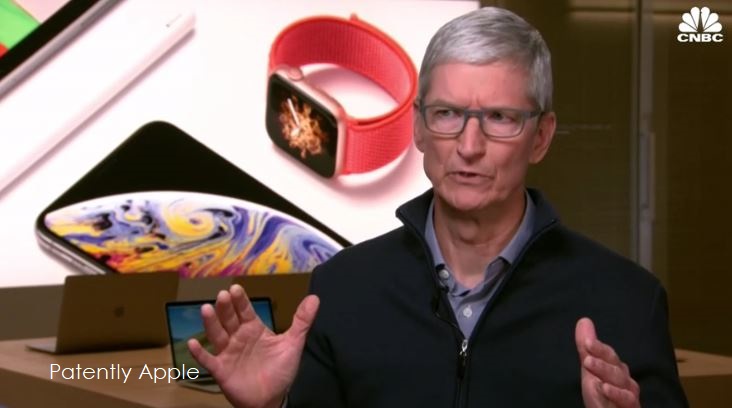 After Apple issued a negative preannouncement yesterday stating that they were going to miss their Q1 2019 guidance, CNBC sat down with Tim Cook to allow the CEO to explain the problems in the quarter.

While Cook tries to be upbeat about services, it's still is no replacement for the decline in iPhone sales in China. Whether you buy into Cook's explanation for the quarter or not, there's a lot being discussed in the interview worth noting, especially that Apple will, when it serves their best interest, comment on iPhone sales in any given quarter.

Now that the super growth iPhone era is over, they no longer want to provide iPhone sales data. That hypocritical stance was blasted by Shark Tank CEO Kevin O'Leary back in November. Back in 2009 Apple's late CEO Steve Jobs mocked their competitor Amazon for not reporting Kindle tablet sales. So Apple's philosophy is simple: report on product or services when they're rocketing to sound great during a conference call with analysts and hide the data when they're not.

In the big picture, Apple has had a phenomenal decade that defied gravity and Apple will figure out what has to be done to get back on track. One or two bad quarters isn't the end of the world. A trade deal with China would help matters greatly, but no one has a crystal ball to forecast when such a deal will be made.