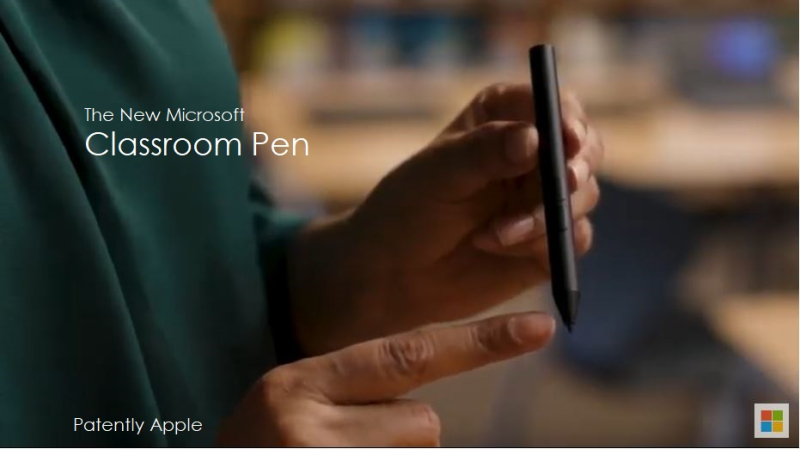 At an education event in London today Microsoft introduced the new Classroom Pen. Kids are rougher on classroom tools and so Microsoft has invented a smaller yet stronger digital pen.  More specifically, Microsoft claims that the tip is more durable and it has fewer moving parts. There's even a slot for tethering it to a PC, so it's less likely to get lost.

The device was designed with a student's needs in mind, part of Microsoft's effort to stave off threats from the likes of Apple and Google in the education market.

The stylus will get bundled in classroom packs that schools can order from Microsoft. Currently there's no other way to order the digital pen, but Megiddo said that some early users have already suggested that it be made available to anyone.

They'll be sold in packs of 20 for about $800, or around $40 each. (The Surface Pen costs about $100.) The stylus will go on sale next month and will be available in all 36 countries where Microsoft offers the Surface Go.

Non-Microsoft products are also part of the strategy. One device the company is touting is the Lenovo 300e, a convertible tablet starting at $289 that will let students write onscreen with a traditional No. 2 pencil, that you'll see in action in the video below.

For more, read the full CNBC report here, read Microsoft's press release here, or watch the overview video below that showcases some of the new Microsoft EDU products that were presented today at London's Brett Conference, the world's largest education technology event.