The Most Popular Netflix Shows by State Map is now available 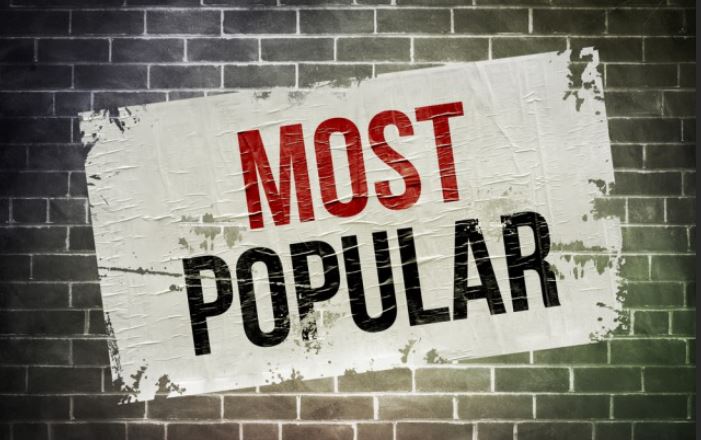 With Apple preparing to launch their original media content services in the next two years, if not much sooner, fans may want to know what's popular by state, by country if not by major city just to compare what's hot when and where. Such a Map was published last week by HSI (HighspeedInternet.com.) for Netflix shows and this could be a fun trend.

What does California and Texas have in common? The answer would be Netflix's "Jane the Virgin." Why would they have that in common? Because their respective states have massive Latino/Hispanic communities and "Jane" is played by Puerto Rican Gina Rodriguez.

The Netflix show "Daredevil" is popular in 3 states while "Stranger Things" is popular in 7 states. In Washington DC a single show couldn't be found as it was deadlocked between 16 shows. Deadlock in Washington is certainly nothing new and it apparently goes beyond politics.

It's fascinating to see what Netflix shows are popular in which States. Take a look at the chart below to see what's most popular in your neck of the woods. 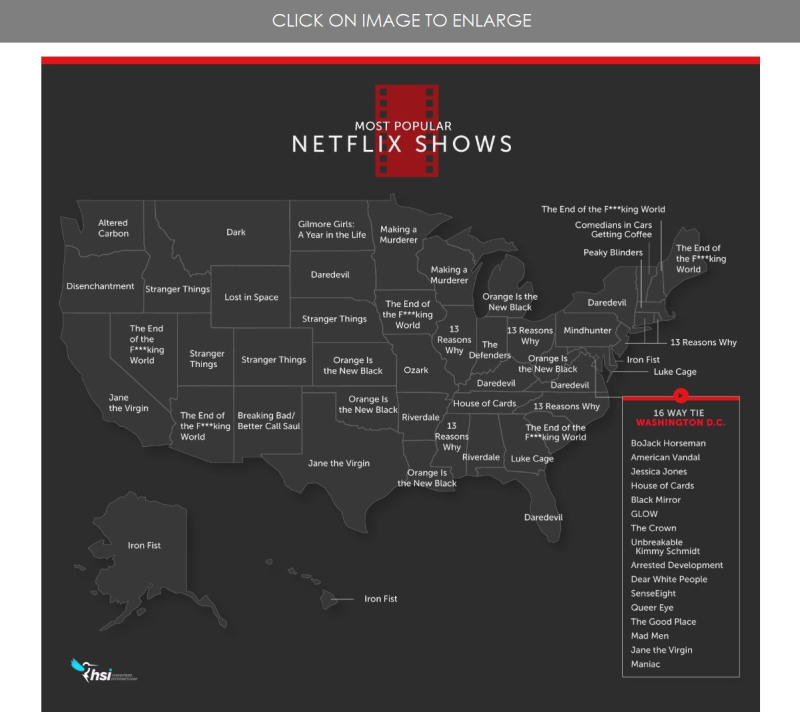 I'm sure that Apple's AI team could come up with a simple popular show list with a number of variables to choose from on their website in the form of a social map. While iTunes gives us top 10 lists for music, State-by-State facts for original content would make it more interesting, more fun and full of texture.

Seeing what's popular in the east vs west, north vs south, U.S. vs Canada could be interesting to see on a map. Would such a feature on Apple's new original content service interest you?

Get more information on the breakdown of shows here.