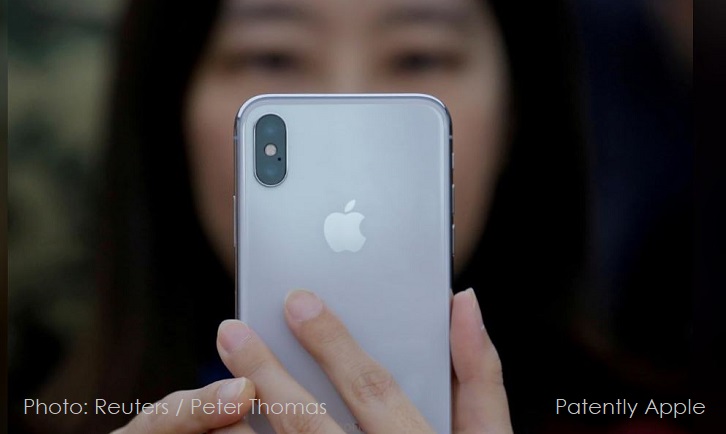 Late this afternoon Patently Apple posted a report titled "According to the First Analytical Report on US iPhone Sales for Apple's Q1 2019, the iPhone XR was the Runaway Winner." I ended that report stating that "It'll be interesting to see the estimated iPhone sales for Europe and China in the coming days or weeks." Well, how about hours. The first report on iPhone sales in China was published this afternoon by Strategy Analytics. China's annual smartphone shipments in 2018 fell 11% overall and Apple fought that headwind for the first three quarters but buckled in Q4 which may indicate that Apple's higher prices for new 2018 models may have hurt them in a weaker Chinese economy.

According to the Strategy Analytics report's charts below, Apple was down in Q4 2018 by 3.1 millions units from Q4 2017 shipments. In terms of market share, Apple was only down 1.4%. Apple was able to overtake Xiaomi in Q4 while losing to them for the entire year. 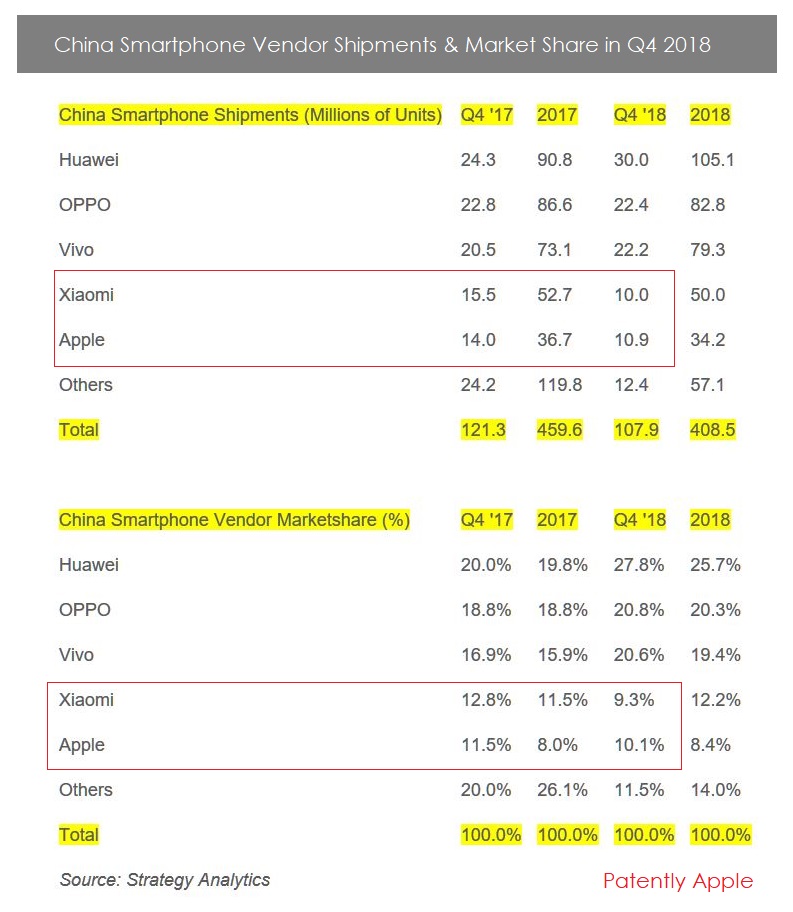 Strategy Analytics stated that "Apple overtook Xiaomi and nudged up to fourth position with 10 percent smartphone market share in China in Q4 2018. However, while Apple was down in Q4 2018 by 3.1 millions units from Q4 2017 shipments, that accounted for a drop in iPhone shipments by 22 percent annually and this was the firm’s worst performance since early 2017.

Apple iPhone has now fallen on a year-over-year basis in China for 8 of the past 12 quarters. Apple has been under pressure in China for the past three years. Ongoing patent battles with Qualcomm are a distraction, while Apple is being heavily criticized for its expensive retail prices. Apple is in danger of pricing the iPhone out of China."

Huawei was a hair from  tripling Apple's iPhone's shipments while Oppo and Vivo easily doubled iPhone shipments. Of course Apple was beaten in volume but not on profit levels where it really matters.

Strategy Analytics is the first to publish iPhone data in China but won't be the last. Stay tuned as the data from IDC could vary substantially from the stats presented today. Clearly Apple's iPhone shipments fell in China, but it's the degree that is still in question.

Without Apple providing official iPhone shipment data, the best we'll be able to provide Apple fans with is a series of "estimated" iPhone shipments that will paint a general overview but never a deadly accurate one going forward. So stay tuned for more iPhone statistical reports in the coming days or weeks.