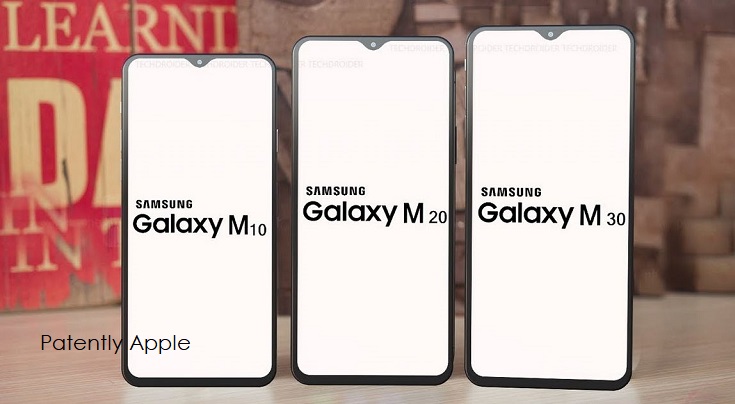 Samsung will be bringing to market the new Series "M" smartphones for Millennials and they're going to start in India to clobber Xiaomi and OnePlus who completely surprised and overwhelmed them in India last year. Xiaomi came out of nowhere in one year and overtook Samsung, the longtime leader in smartphones in India. Samsung opened a massive new plant in India last year and they're not going to stand for Chinese OEM's coming in with low-ball smartphones and kill the market that they first developed.

The new "M" series that launches at the end of January will be offered in three models: The M10, M20 and M30.  At least one of the models will reportedly be offering a 5,000mAh battery that's not even available today on their top of the line Galaxy S9 or Note. The top model will offer a 6" LCD display. The prices will range from around $US135 to around $US215. Clearly if the prices are anywhere near that range, Xiaomi's surprising lead in India will likely collapse, which will be Samsung's revenge.

While there are wild accounts about other features that are coming to the new phones, I'll wait a couple of weeks to get the real specifications before getting caught up in the hype. But the excitement in the Indian market is clearly showing that if Samsung delivers, these phones will fly off the shelf when available.

In the end, Samsung rolled up their sleeves and vowed to take the fight to their Chinese competitors months ago. Their game plan will now roll out at the end of January in the form of the new "M" series smartphones. If the rumors are accurate then 2019 could be a bloodbath of slashed margins that could eventually kill off some of the weaker smartphone vendors.

With the smartphone marketing retracting around the world, consumers are likely to be the big winners here with pricing and deals only dreamed of. Then again, if the new phones are restricted to  Asian markets it won't affect North America or Europe. But let's be honest here. Once pricing starts crashing in Asia, North Americans will want some of that love sent their way too or they'll see a backlash.

Once the Price-Genie is out of the bottle, no one knows where it could go. The mid-level smartphone market as we knew it may be about to enter a whole new phase with Samsung leading the charge.