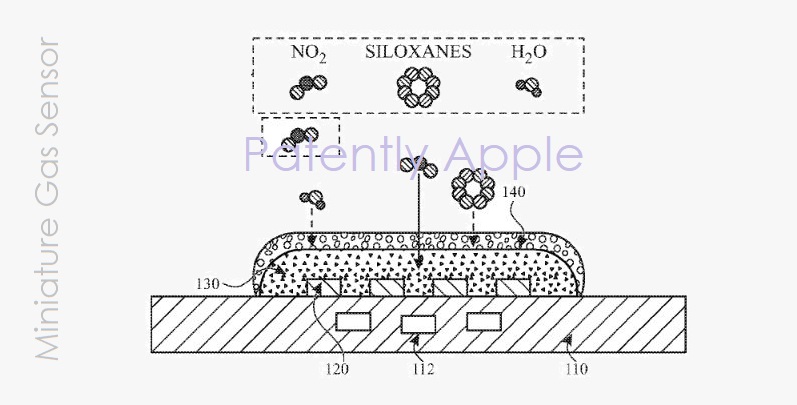 Today the US Patent & Trademark Office published a patent application from Apple that relates to future iDevices being integrated with poisonous gas detectors. Carbon monoxide (or CO) is an odorless, tasteless, invisible gas that is sometimes called the silent killer because it poisons and kills many people each year, without them ever being aware of the danger. Having a miniature gas sensor built into an iPhone or Apple Watch will be able to notify a user that they could possibly be in a dangerous environment at home, at work or in the public.

Apple's solutions can be employed for long-term implementation of environmental and health sensing and hazardous gas species detection in applications such as smart homes, internet of things (IoT), and other applications.

The subject technology enables removing chemically poisonous and interfering species from the incoming gas stream, enhancing the sensor's poison resistance and stability and resulting in reduced signal drift over time.

Apple's patent FIG. 6 below is a block diagram illustrating an example wireless communication device, within which one or more miniature gas sensors of the subject technology can be integrated. 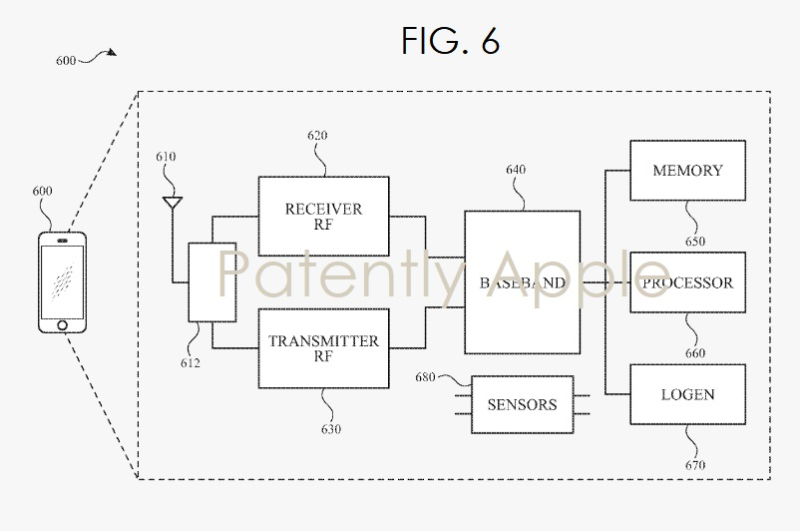 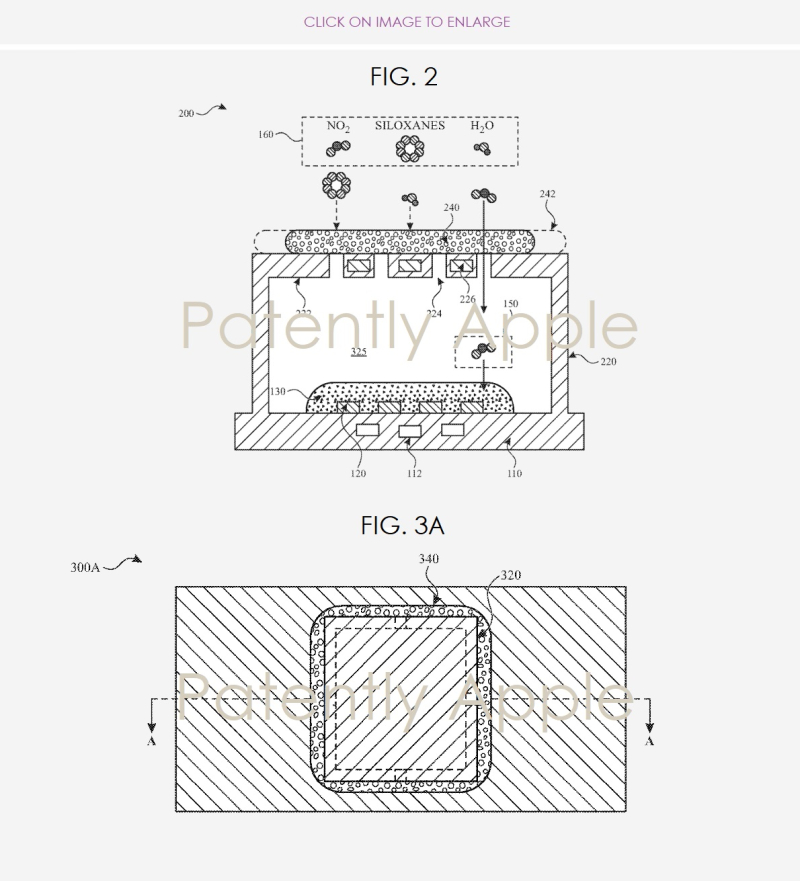 Apple's patent claim #9 points to a "target gas comprising of at least one of ozone (O.sub.3), nitrogen dioxide (NO.sub.2), nitrogen monoxide (NO), sulfur dioxide (SO.sub.2), carbon monoxide (CO), methane (CH.sub.4), and volatile organic compounds (VOCs), and wherein the components of a gas mixture other than the target gas comprises poisoning species including siloxanes, sulfates, phosphates and chlorides, and/or interfering species such as water vapor."

UPDATE June 25, 2019 4:50 a.m. PST: In a second patent application on this subject matter titled "Speaker Integrated Environmental Sensors" (#20190025133)" MacBooks are added to the list of Apple products that could one day integrate miniature gas sensors.