Home Archives Contact Us Subscribe Twitter Facebook MeWe Parler Patently Mobile
Prior to the FTC vs. Qualcomm Case Starting Tomorrow, Qualcomm Reiterates it won't License Technology to Rivals
Huawei's Brand was Smeared when the Company's New Year's Message was sent out Globally on Twitter via an iPhone 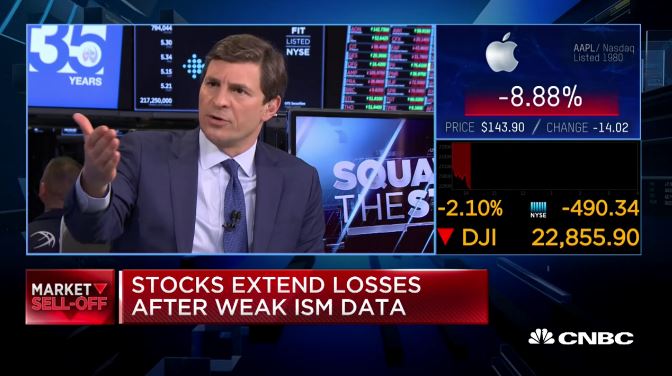 While Apple is trying to change the subject and show there were some positives in Q4, Wall Street analysts brushed that off and said Apple is about the iPhone. That's where their value is and blamed Apple's decision to hit consumers with ridiculously high prices for a smartphone led to this mess, especially in China where the economy has been tough all year. The CNBC round table had Nomura's Apple analyst on to defend Apple whenever he could. Adults who are investors in the market may enjoy the exchange over yesterday's bombshell news.

At the end of the day the hysteria over Apple's holiday quarter miss had to be expected. On January 29th Apple will announce their final numbers for the quarter and we'll see just how bad it really was in calendar Q4.

Likely we'll read a series of "What if" stories emerge talking about Apple missing product launches for AirPower and the next-gen AirPods and so on. Monday morning quarterbacking is a sport that no one can stop. It's expected noise that will go away in time.