Home Archives Contact Us Subscribe Twitter MeWe Facebook Patently Mobile
Apple Starts Selling their HomePod in China, a Very Tough Market owned by Chinese Vendors
Samsung is rumored to be branding their "5G" Ready Smartphone the Galaxy S10 X and Launching at the end of March 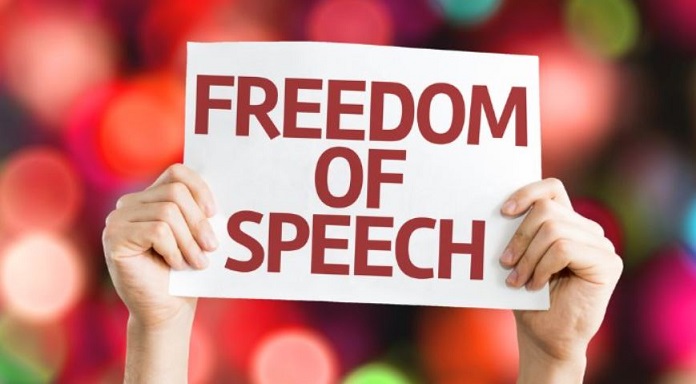 A NYTimes online report posted late last week claimed that one man spent 15 days in a detention center in China. His offense: Posting on Twitter. In another case the police threatened a Twitter user's family. A third Twitter user was chained to a chair for eight hours of interrogation.

The New York Times report further noted that "The Chinese police, in a sharp escalation of the country’s online censorship efforts, are questioning and detaining a growing number of Twitter users even though the social media platform is blocked in China and the vast majority of people in the country cannot see it.

The crackdown is the latest front in President Xi Jinping’s campaign to suppress internet activity. In effect, the authorities are extending their control over Chinese citizens’ online lives, even if what they post is unlikely to be seen in the country.

'If we give up Twitter, we are losing one of our last places to speak,' said Wang Aizhong, a human-rights activist who said the police had told him to delete messages criticizing the Chinese government.

When Beijing is unable to get activists to delete tweets, others will sometimes do the job. Mr. Wang refused to take down his tweets. Then, one night last month while he was reading a book, his phone buzzed with text messages from Twitter that contained backup codes to his account.

An hour later, he said, 3,000 of his tweets had been deleted. He blamed government-affiliated hackers, although those who were responsible and the methods they used could not be independently confirmed.

The police have used threats and, sometimes, physical restraints, according to Twitter users who were questioned. Huang Chengcheng, an activist with more than 8,000 Twitter followers, said his hands and feet were manacled to a chair while he was interrogated for eight hours in Chongqing. When the inquiry was over, he signed a promise to stay off Twitter.

Those pulled in for questioning do not necessarily have the biggest presence on the social network. Pan Xidian, a 47-year-old construction company employee in Xiamen with about 4,000 followers, posted a comic by a dissident cartoonist known as Rebel Pepper, along with criticism of human-rights crackdowns. In November, the police called him in for 20 hours of questioning. After being forced to delete several tweets, he was allowed to go, and he thought his ordeal was over.

But officers showed up at his workplace a short time later and threw him into a car. They asked him to sign a document that said he had disturbed the social order. He complied. Then they showed him a second document, which said he would be detained. He spent the next two weeks in a cell with 10 other people, watching propaganda videos.

'In this era, we certainly know fear, but I can’t control myself,' Mr. Pan said while crying during a phone interview after he was released. 'We’ve been living a very suppressed life.'

'We’re like lambs,' he added. 'They’re taking us one after another. We have no ability to fight back.' You could read the full NYTimes report here.

At the time Democratic Senator Leahy, who probed Apple's ties to China, told CNBC that "Apple has a 'moral obligation' to push back in China." Earlier this year when Cook was asked to provide a statement condemning the Chinese government's censorship, Apple told the senators that "actions are our most powerful statement."

Senator Leahy added that "Apple is clearly a force for good in China, but I also believe it and other tech companies must continue to push back on Chinese suppression of free expression." No public statement against China's actions has ever been made by Apple's current CEO.

Silence is not a value, it's a disappointing failure. Yet in big biz values give way to the health of their respective companies and speaking out against China's internet policies could be the end of one's success. Values have a price tag and therein lies the hypocrisy that CEO's like Tim Cook are willing to live with.

In late 2018 it was interesting to learn that hundreds (400 or more) of Google employees (primarily engineers) signed an open letter demanding that Google stop work on Project Dragonfly, a censored version of Google's search engine that could be deployed in mainland China.

In one segment of the protesters protest, they wrote: "Many of us accepted employment at Google with the company’s values in mind, including its previous position on Chinese censorship and surveillance, and an understanding that Google was a company willing to place its values above its profits."

Company values have become a marketing tool to attract young engineers right out of college and full of high ideals. When it comes down to the crunch, US tech companies aren't stepping up the bat to fight the suppression of free speech in China, just local "democrat party" issues that get big splashy headline in the press.