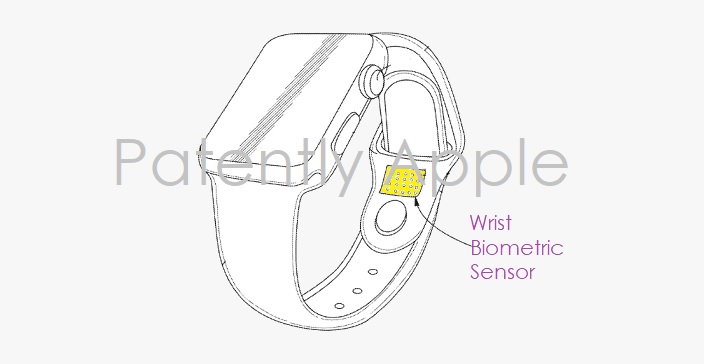 Today the US Patent & Trademark Office published a patent application from Apple that relates to the field of wearable electronic devices including a wrist biometric sensor. While options for a biometric authentication system for Apple Watch could include Face ID or Touch ID in the future, Apple's latest patent application on this subject matter actually points to an all new form of biometric authentication using a wrist biometric sensor located on the inside portion of a watch band that reads skin texture patterns. 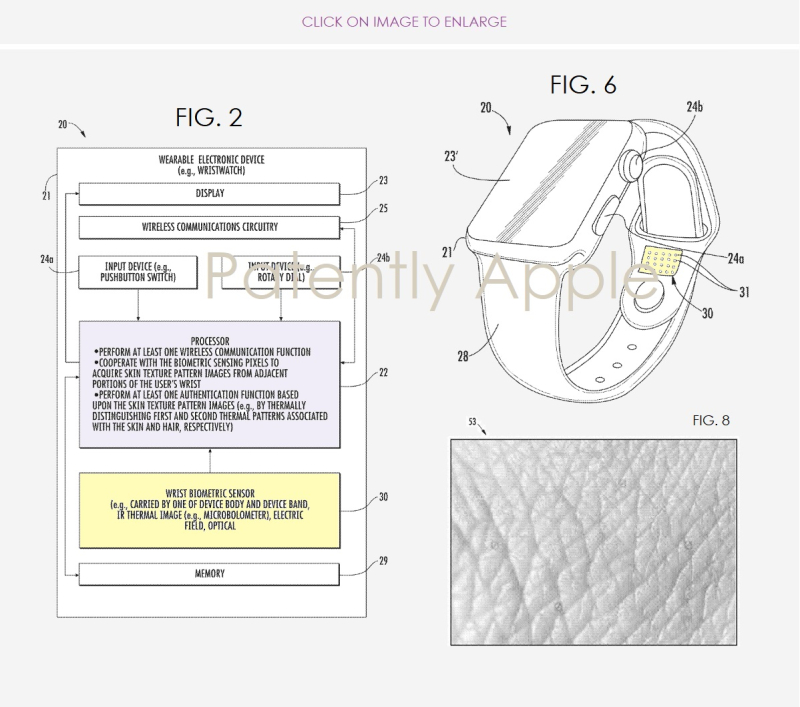 Apple's patent FIG. 8 above is a skin texture pattern image of a user's wrist using an optical based wrist biometric sensor.

Skin textures generally do not have fiducials that are clearly visible to humans for matching as compared to fingerprints, for example. However, the processor and wrist biometric sensor may not rely on humanly discernible fiducials for matching. Accordingly, similar to electric field sensing techniques, the processor may extract textural elements and represent them in an abstract orientation vector field for use in matching, for example, using ridge-flow mappings, vectors, etc.

Apple's patent application was originally filed back in Q2 2018. Considering that this is a patent application, the timing of such a product to market is unknown at this time. Both inventors were associated with AuthenTec, a company Apple acquired to work on Touch ID.

Today, USPTO also published one of Apple's continuation patents regarding Apple Watch. Patently Apple originally covered this invention in a report in March 2018 titled "Apple Patent Points to Face ID coming to Apple Watch along with Band Sensors to Analyze Sports Performance and more." In any continuation patent, the changes and/or additions are always found in Apple's patent claims. 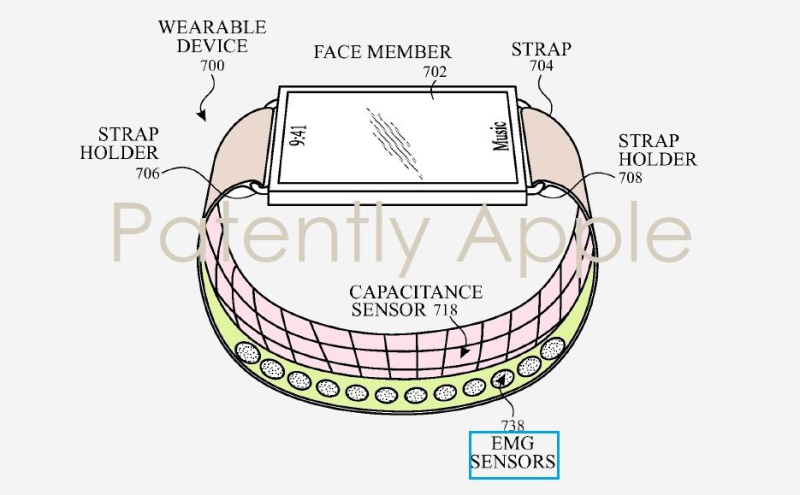 Apple has also added weight training that wasn't in their patent claims in March. For more on this, review Apple's claims in patent application 20180078183.