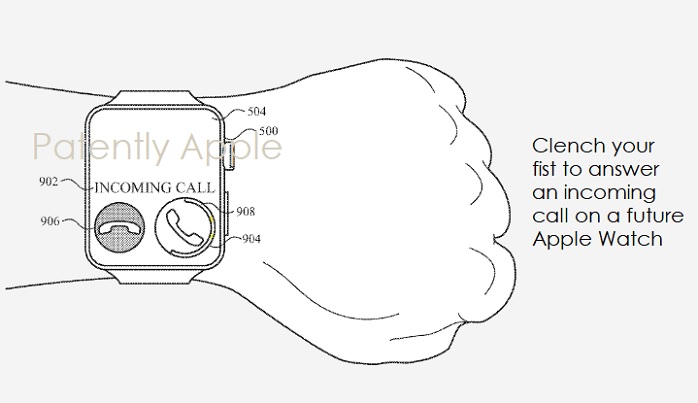 It's like a video game like Assassins Creed Odyssey. There are a few killer moves I place into the keypad to assist battle with the enemy. But there are so many optional moves to choose from that my fingers get confused trying to hit the right combination of buttons at the right time. The same would be true with too many wrist and gesture options. If you over complicate the process, user frustration will result in the user having a bad Apple Watch experience.

Yesterday's patent application carried more than a 100 patent figures on wrist movements triggering responses on Apple Watch. Some made sense while others seem more complicated than needed. Sometime a simple touch on a button or response to a question like yes or no is better than wiggling your wrist around trying to get a cursor to land on the answer you want.

Apple's patent FIGS. 8A, B and C below illustrate exemplary user interfaces for interacting with an electronic device without touching a display screen or other physical input mechanism. 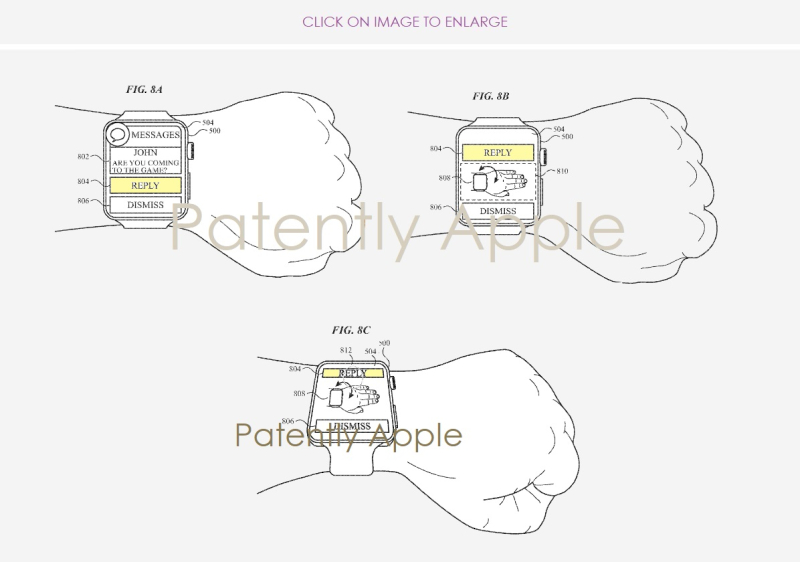 In patent figures above, you can see how a simple choice like whether to reply or dismiss an incoming message request would be handy to simply tilt your wrist up or down to respond.

Yet in the patent figures below it gets far more complicated than need be. As the user is given more choices, the speediest way to answer is to quickly touch the display for your response instead of continually bending your wrist or flicking the wrist to move the cursor down to the reply you want and then wait for a "progress ring" to form in stages before it's sent so you have time to change your mind. This is crazy complicated for nothing. 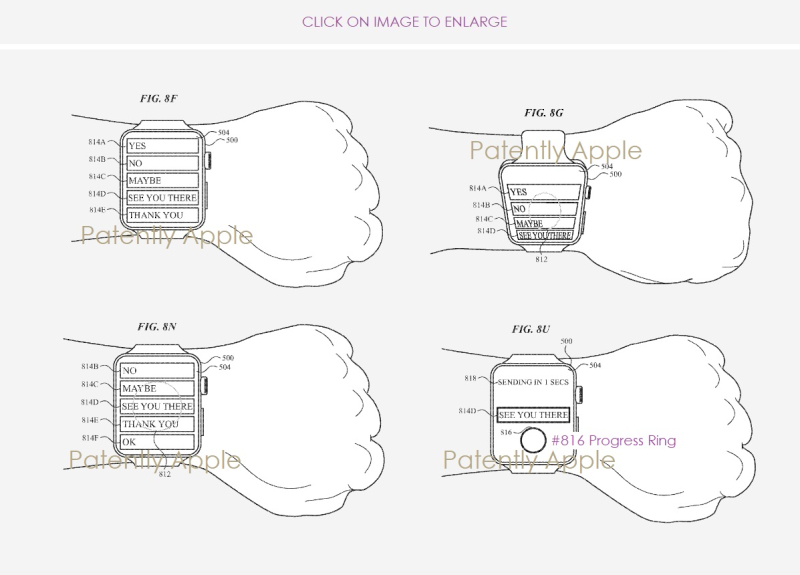 Another crazy example given is answering an incoming call on Apple Watch in a one handed operation. With your iPhone, you accept or decline an incoming call by touching the red or green button in 1 second or less. In this patent application, they make it crazy complicated to avoid using your finger hitting the answer or decline buttons.

As shown in the patent figure cluster below, answering a phone call is determined by the level of clench power you assert when forming a fist. A firm clench will answer your call, but not before the progress ring is fully formed. You must keep you clenched fist in place until the ring is finished forming. FIG. 9E shows the ring forming around the accept button. When the ring is completed then the call is accepted. 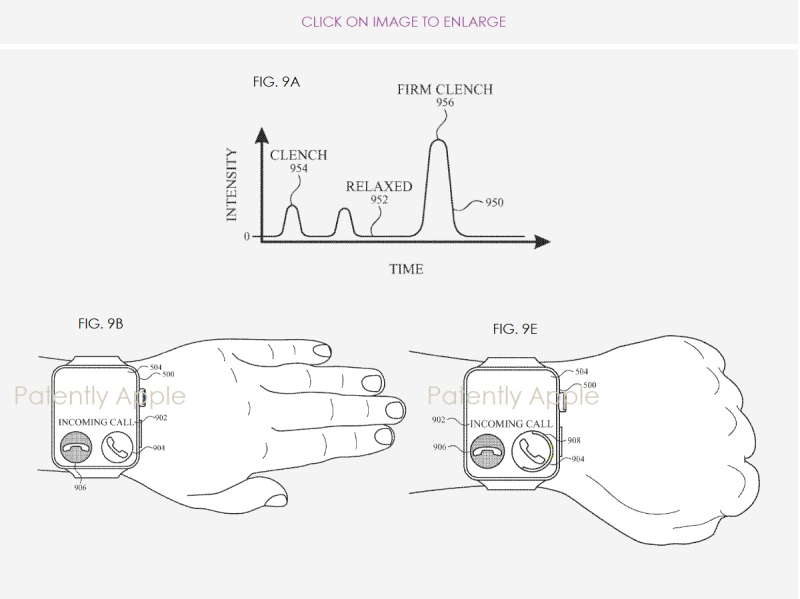 Of course by then the caller has probably hung up thinking you're not in. You might get faster performing this act over time, but still, it's complicated for nothing.

In the end, Apple's various teams will determine which of the newly proposed wrist movements make sense and which are over the top foolish and ergonomically dangerous over time.

Apple's patent application 20190018506 was originally filed back in Q1 2018. If you're an Apple Watch fan and this invention interests you, then check out Apple's 100 or more patent figures and details here.