On Tuesday Patently Apple posted an IP report about Apple having been granted a patent related to their smart fabric project. Today the US Patent & Trademark Office published a patent application from Apple titled "Fabric-Based Items with Electrical Component Arrays." Apple envisions a wide array of products that could take advantage of such smart fabrics in the future from a MacBook encasement through to clothing and much more.

However, it can be challenging to incorporate electrical components into a fabric-based item. Fabric is flexible, so it can be difficult to mount structures to fabric. Electrical components must be coupled to signal paths, but unless care is taken, signal paths will be damaged as fabric is bent and stretched. This is what Apple's new fabric centric invention sets out to overcome.

Apple's invention could relate to a wide array of future devices. Apple list includes the following:

Update 7:45 a.m.: Note that there is no mention of a glove or a health glove in today's patent application as a competing site presents in their byline. This patent clearly outlines what Apple generally envisions for this invention as noted above. Apple's focused patent on a health glove was covered in a specific report that you could review here.  The competition's byline is Fake News.

Apple's Patent FIG. 10 below is a cross-sectional side view of an illustrative fabric layer showing how a conductive strand of material such as a conductive yarn may be selectively brought to the surface of the fabric layer and used to form a contact such as a solder pad for coupling to an electrical component. 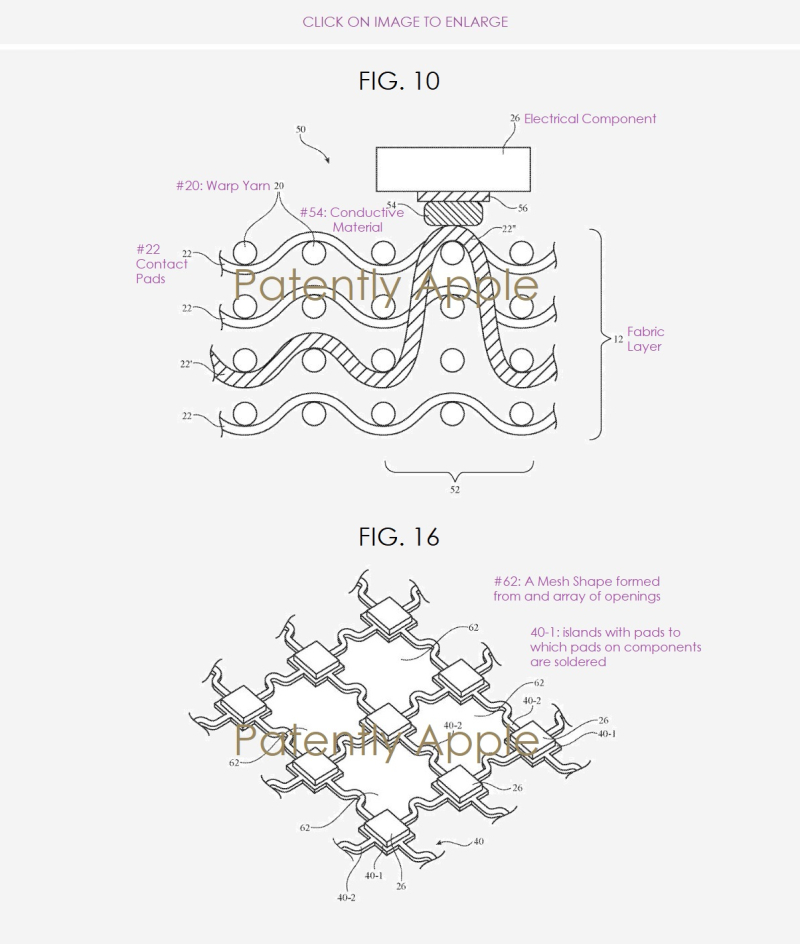 Apple's patent FIG. 16 above is a perspective view of an illustrative mesh-shaped (mesh-patterned) flexible substrate populated with an array of electrical components. 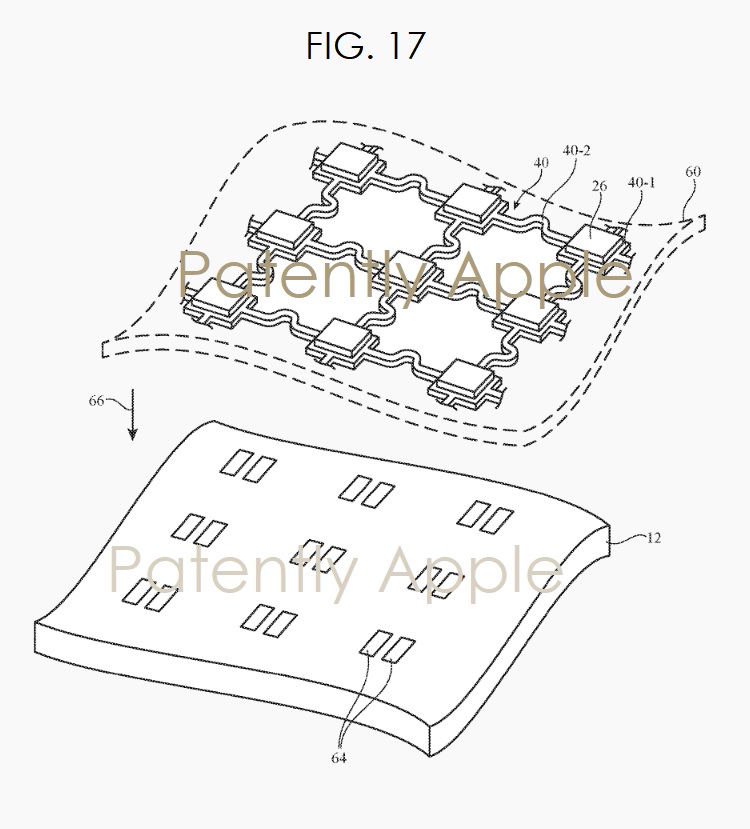 Apple's patent FIG. 17 above is an exploded perspective view of an illustrative mesh-shaped (mesh-patterned) flexible substrate and associated layer of material such as a fabric layer or other flexible layer with mating contact pads.

Some of Apple's Engineers listed on this Invention

Paul Drzaic: Senior Manager, Emerging Display Technologies. His profile notes that some of his expertise is in printable and flexible electronics, nanotechnology and more.

04: ADJUSTING THE BEAM PATTERN OF A SPEAKER ARRAY BASED ON THE LOCATION OF ONE OR MORE LISTENERS (originally filed in 2013)