Home Archives Contact Us Subscribe Twitter Facebook Patently Mobile
Popular Computer Myths that Americans still hold on to in 2019
The days of 'Android Switchers' to iOS being a Selling point in the U.S. Market appears to be close to Dead

Apple's inability to Secure enough Screws for the Mac Pro made in Austin is used as Reasoning why iPhones can't be made in the U.S. 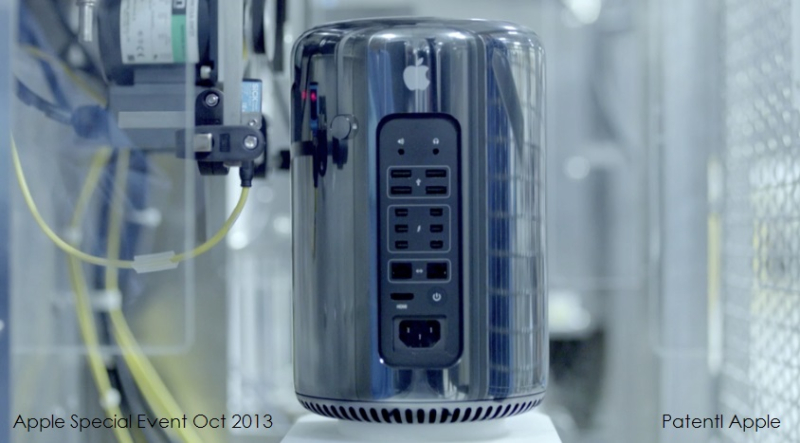 Susan Helper, an economics professor at Case Western Reserve University Cleveland and the former chief economist at the Commerce Department told the New York Times that Apple could make more products in the United States if it invested significant time and money and relied more on robotics and specialized engineers instead of large numbers of low-wage line workers. She said government and industry would also need to improve job training and promote the development of a supply-chain infrastructure. Though at the end of the day Susan Helper noted that there was a low chance of that ever happening.

The New York Times states that while Apple still assembles Mac Pros at the factory on the outskirts of Austin, in part because it has already invested in complicated and custom machines, the Mac Pro has been a slow seller, and Apple hasn't bothered to update it since its introduction in 2013.

The New York Times (NYTimes) report seems to be used a megaphone to get Apple's message out loud and clear that they have no interest in making volume products like the iPhone in the U.S., ever.

To prove that point, the NYTimes spends a lot of time focusing on a single issue of Apple being unable to find enough screws for the Mac Pro which led to major production delays.

Apple's iPhones are legendary for being the most profitable in the industry by a wide margin. Apple will never give that up for any reason. The lure of slave-like labor markets in Asia is just overwhelming as it is for most U.S. companies trying to compete with cheap products from Chinese OEMs.

Patently Apple has posted a series of reports about Apple's supply chain considering Vietnam as a backup (01, 02, 03) while Foxconn considers India for high-end iPhones in India.

In today's NYTimes report they reveal that "Apple has intensified a search for ways to diversify its supply chain, but that hunt has homed in on India and Vietnam, according to an Apple executive who asked not to be named because the executive was not authorized to speak publicly. The company’s executives are increasingly worried that its heavy dependence on China for manufacturing is risky amid the country’s rising political tensions with the United States and unpredictability, this person said. For more on this, read the full New York Times report here.