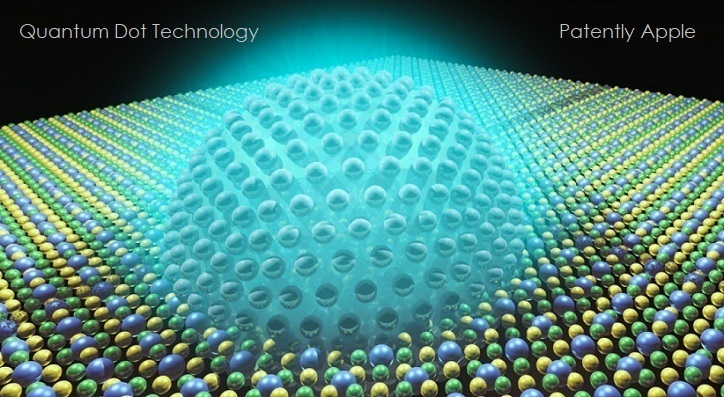 The U.S. Patent and Trademark Office officially published a series of 48 newly granted patents for Apple Inc. today. In this particular report we cover Apple's win for a possible Quantum Dot + OLED display and smart fabrics that will include built-in haptics via shape memory alloy wires. We wrap up this week's granted patent report with our traditional listing of the remaining granted patents that were issued to Apple today.

Apple's newly granted patent (10,192,932) covers their invention relating to a possible future display system that will use hybrid emissive light emitting diodes (LEDs) consisting an OLED subpixel and a QD-LED subpixel. It's a new kind of display being considered for future iDevices.

Apple's patent FIG. 6 below is a schematic cross-sectional side view illustration of a hybrid pixel including a patterned quantum dot layer. Apple's newly granted patent (10,191,550) covers their invention relating to smart fabrics. More specifically, future devices may have haptic output devices based on shape memory alloy wire. The electronic devices may have control circuitry that supplies current to the shape memory alloy wire to heat the wire and thereby contract the wire to create vibrations for a user's finger. The vibrations may serve as haptic feedback in a device such as a keyboard, a strap with embedded buttons, or other electronic devices.

The shape memory alloy wire may run between upper and lower fabric layers in a spacer fabric, may form loops that are sewn onto a fabric layer, or may be tensioned across an opening in a printed circuit or other rigid support structure. Conductive strands of material such as warp and weft fibers in a woven fabric may be coupled to the ends of a shape memory alloy wire. 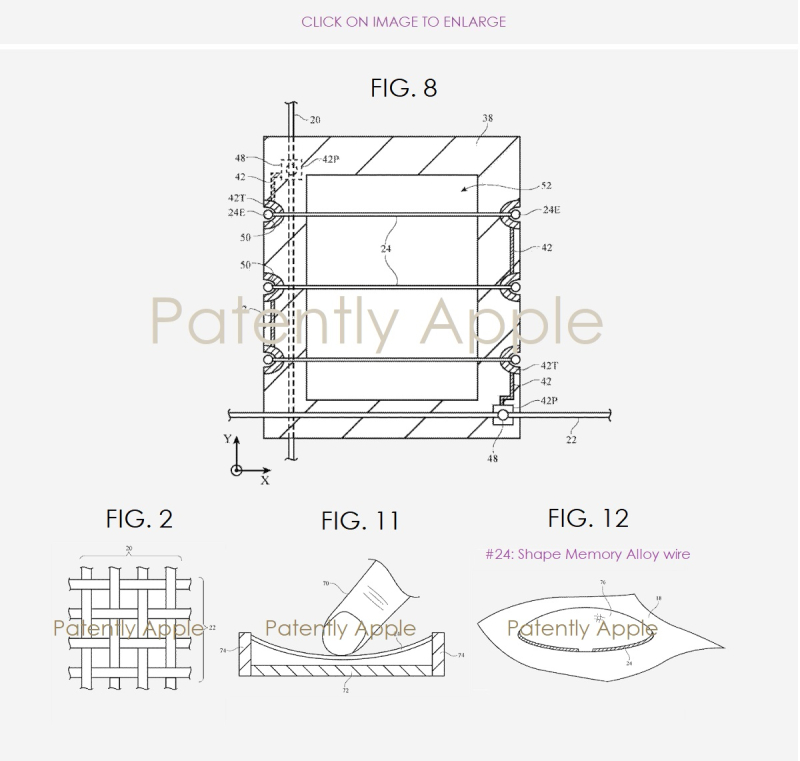 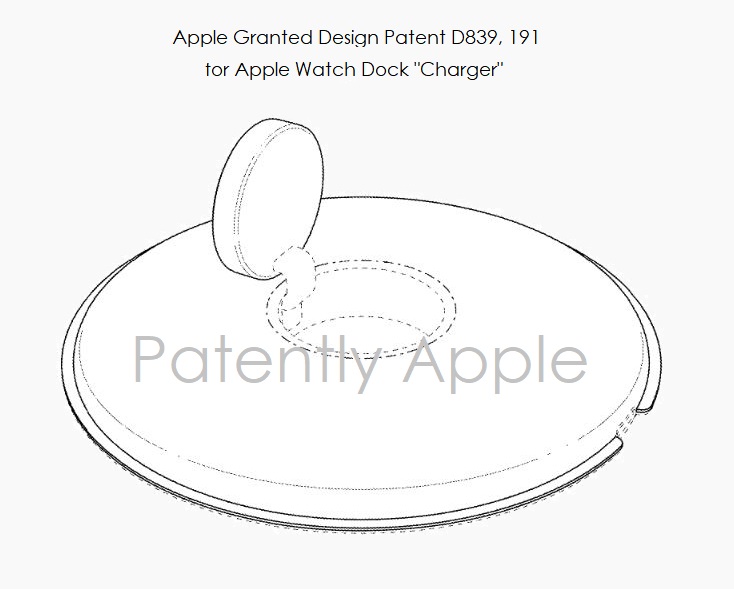 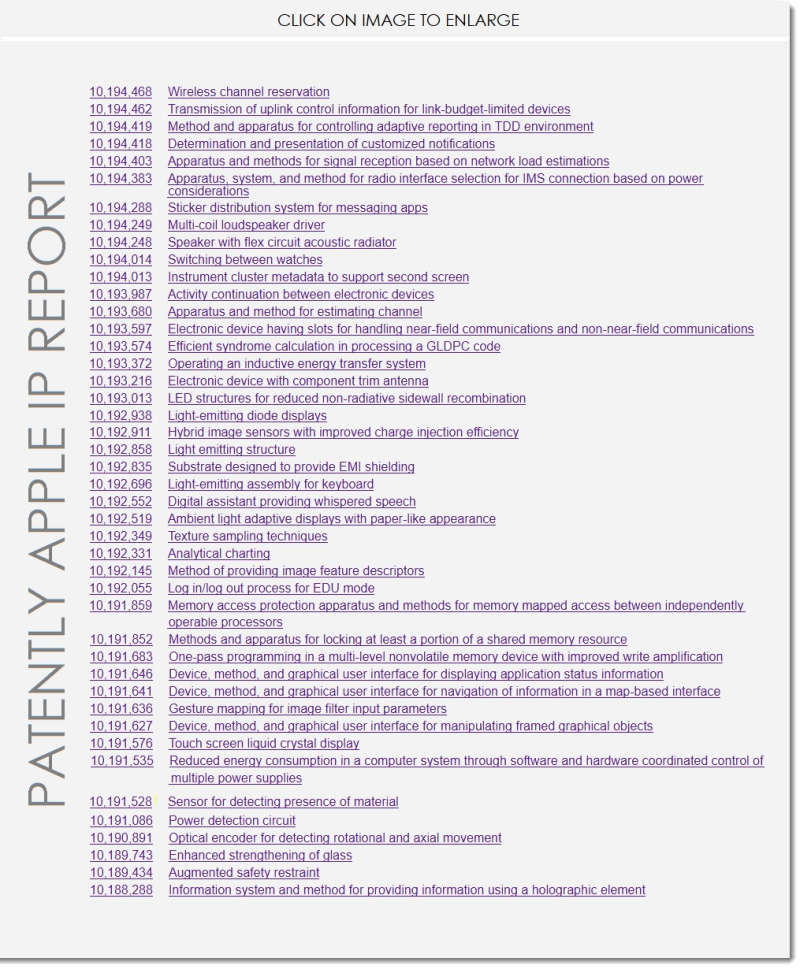