Home Archives Contact Us Subscribe Twitter Facebook Patently Mobile
Apple Wins a Patent for a Chameleonic Watch Band that Glows via LEDs and is able to Mimic the Colors the user is wearing
Apple won 48 Patents Today Covering a Breaking System for an Adjustable Headset Band, an Update to the Face ID Projector + 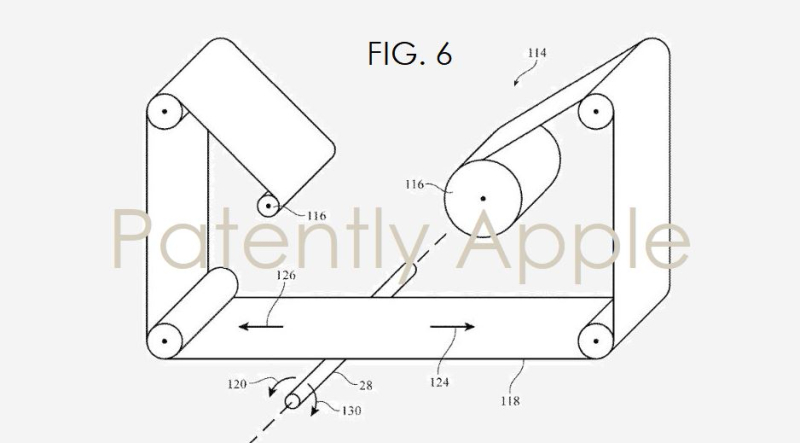 Last week Apple was granted a "design patent" for "Fabric." PCMag, Fox News and others took an interest in our report. Today, the U.S. Patent and Trademark Office officially granted Apple a patent for the specialized equipment that will make both regular and smart fabrics that Apple has other patent filings on. Apple envisions standard and smart fabrics will be incorporated into future products from Apple Watch bands to MacBooks, clothing, smartglasses and beyond.

The range of applications that Apple is considering for use with future fabrics includes both device housings and accessories. Apple lists a wide range of possible applications as follows:

Apple has a series of patents covering smart fabrics for clothing as well which could take advantage of the equipment described in this patent filing.

HP may have caught the beginning of a new trend in device housings going forward that offers premium devices and accessories with rich and smart materials.

Apple's newly granted patent clearly illustrates their interest in the future of smart fabrics and more importantly to custom manufacture smart fabrics to their exact specifications and standards.

Strand-based items may be soft (light touch), may have a rigid feel (e.g., the surface of item 10 may be formed from a stiff fabric), may be coarse, may be smooth, may have ribs or other patterned textures, and/or may be formed as part of a device that has portions formed from non-fabric structures of plastic, metal, glass, crystalline materials, ceramics, or other materials.

Strands may be single-filament strands or may be threads, yarns, or other strands that have been formed by intertwining multiple filaments of material together.

Strands may be formed from polymer, metal, glass, graphite, ceramic, natural fibers such as cotton or bamboo, or other organic and/or inorganic materials and combinations of these materials.

Strands may also be formed from single-filament metal wire, multifilament wire, or combinations of different materials. Strands may be insulating or conductive. Strands may be conductive along their entire length or may have conductive segments (e.g., metal portions that are exposed by locally removing insulation or that are formed by adding a conductive layer to a portion of a non-conductive strand.).

Apple's patent FIG. 2 below is a side view of illustrative weaving equipment that may be used to form fabric; FIG. 3 is a diagram showing how strands may be processed as the strands are being incorporated into a fabric. 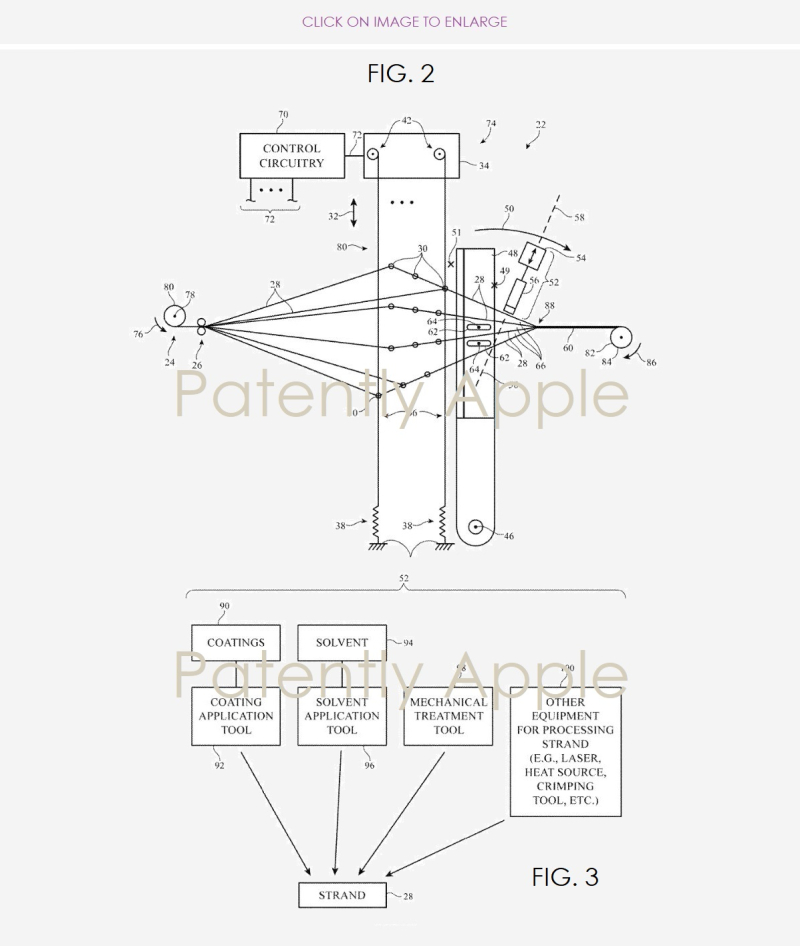 Apple's newly granted patent covers their invention relating to weaving and, more particularly, to equipment for processing strands during weaving. 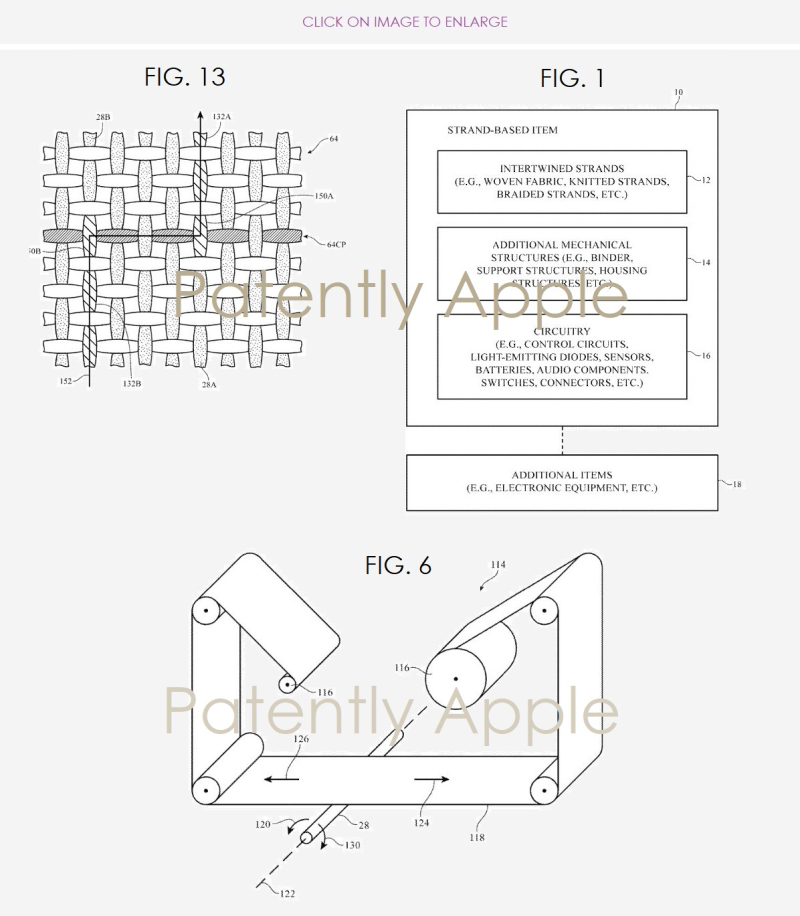 One of the inventors of today's granted patent is Yohji Hamada, Product Designer at Apple. More importantly, Hamada previously worked at Shima Seiki Knitting Machines who happens to have a VR-Knit App on the Apple Store which was just updated yesterday.  Will we eventually see a VR-Knit type of app from Apple someday? Only time will tell. 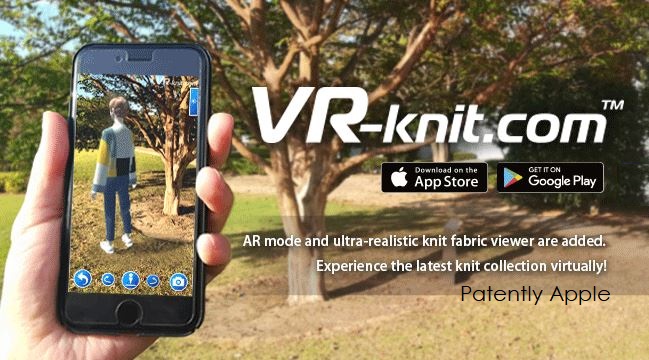