Apple Quickly moves to Readjust iPhone Pricing in Foreign Markets where the U.S. Dollar is too High 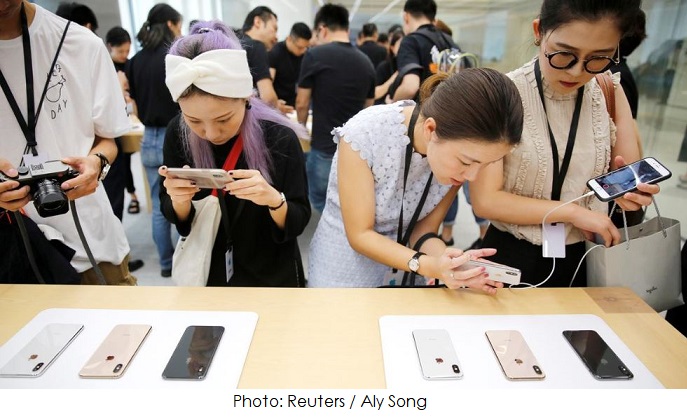 The move is an attempt to stem weak sales of the iPhone, particularly in overseas markets such as China, where a 10 percent rise in the U.S. dollar over the past year or so has made Apple’s products - which already compete at the top end of the market - much pricier than rivals.

Apple did not say in which countries it would adjust iPhone prices. Resellers in China already began cutting iPhone prices earlier this month after Apple lowered its sales forecast for the quarter ended in December.

The company priced its new iPhone XS, which was released in September, at $999, the same price in U.S. dollars as its predecessor, 2017’s iPhone X.

That worked for U.S. consumers, but in countries such as China and Turkey the local currency had fallen so much against the surging U.S. dollar, it made the phone significantly pricier than its predecessor a year before. Apple had essentially asked the consumer to bear the cost of the strengthening dollar.

On Tuesday, Cook said Apple will adjust foreign prices in some markets by resetting them at or close to what they were one year before in local currencies. Effectively that means Apple will absorb the cost of the strengthening dollar.

“We’ve decided to go back to (iPhone prices) more commensurate with what our local prices were a year ago, in hopes of helping the sales in those areas,” Cook told Reuters in an interview.