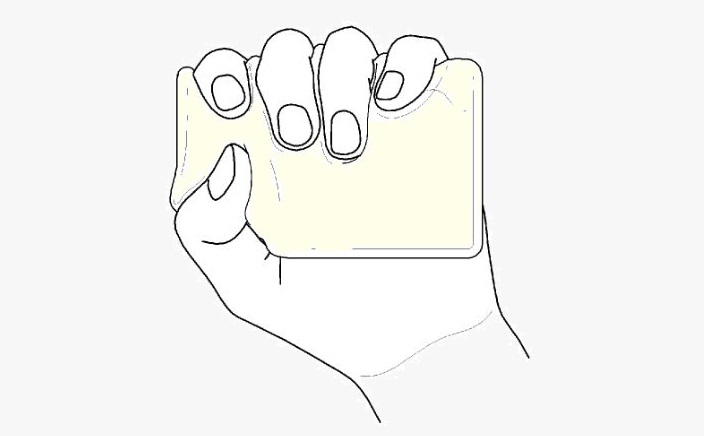 Today the US Patent & Trademark Office published a continuation patent application from Apple that relates to a squeeze iPhone feature that could trigger various controls depending on the app you happen to be in at the moment from video play, gaming and more. What's vexing about this invention is that it dates back to 2013, way ahead of Google's "Active Edge" feature that was introduced back in October 2017.

Apple takes so long to bring a concept to market that competitors simply take their ideas and run with them. Apple's invention for a soft cover keyboard for a future iPad Pro, for instance, was grabbed by Microsoft's Surface line-up making it look like Apple was copying Microsoft. Apple filed for that patent in 2011, the Surface tablet debuted in 2012.  For sure Apple wasn't copying anyone.

Google introduced their Pixel 2 in 2017 with "Active Edge," which allowed users to squeeze their phone to call up Google Assistant as demonstrated in the YouTube video below. It also allows a user to conveniently take a selfie without stretching your finger to hit a button and more. 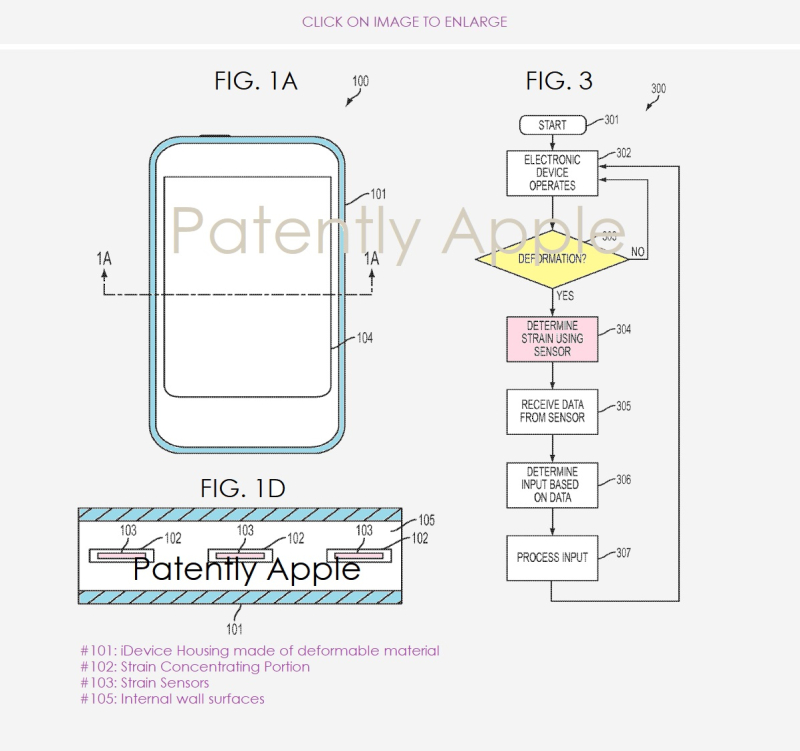 Apple's patent FIG. 1D above we're able to see a cross-sectional left side view.  As illustrated, in this embodiment, the strain concentrating portion #102 may be a pocket and/or a series of pockets positioned on the internal wall surface #105.

What changes in any "continuation patent" are the patent claims, and in this case Apple cancelled the first 20 claims of their original invention that was granted and have completely replaced them.

The first patent claim to change is #1 (which is now claim #21) which now states:

To review all of the patent claim changes, review patent #20190033143 which was filed in Q3 2018. Considering that this is a patent application and one that's been in the works for five years, the timing of such a product to market is unknown at this time.

To quickly review some of the highlights of this invention, check out our original patent report here.

The Image presented below is that of a "Public Pair" document found at the U.S. Patent Office proving that Google abandoned their squeeze invention back in 2015. This is in response to an Android fan arguing that the invention was granted to Google in 2013. The document below proves the patent was never granted and in fact abandoned. See our comment section for the argument concerning this.