Today the US Patent & Trademark Office published a continuation patent application from Apple relating to MacBook-like accessories. In one application the accessory would replace Apple's soft and foldable Smart Keyboard with a solid MacBook like embodiment as shown below. A recent granted patent confirms a trackpad mode for iPad Pro keyboards so it supports this current invention.

Apple's patent FIG. 4 noted below from Apple's current patent application is a clamshell accessory for an iPad that could be an alternative to their current soft cover Smart Keyboard. It would also come with a traditional trackpad many Apple would like to see on the iPad accessory. 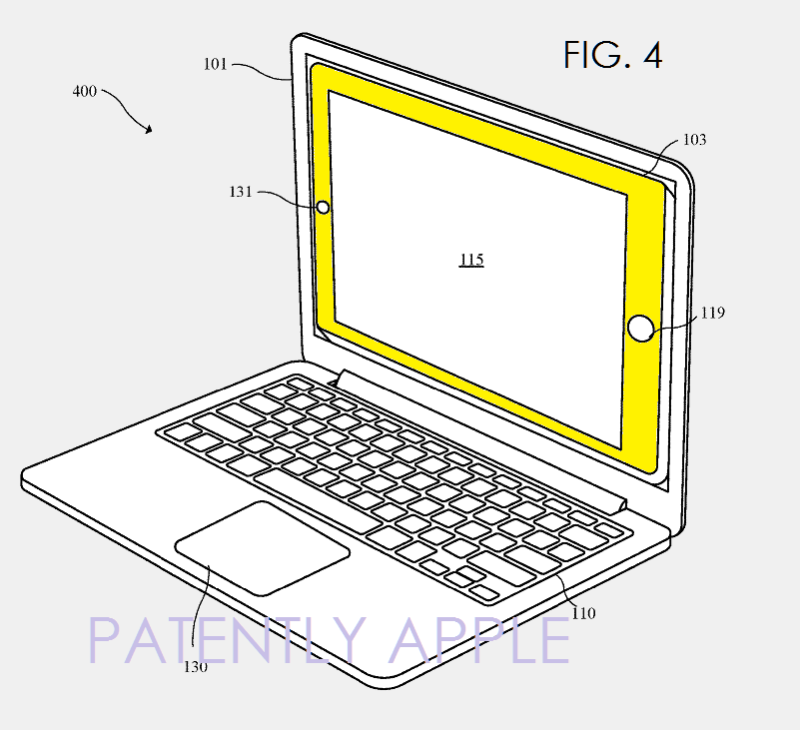 This invention was first covered by Patently Apple in a March 2017 IP report that could review here for more details.

Being that this is a "continuation" patent, it means that Apple has added or adjusted their patent claims to better protect this invention. A few of the key changes or additions include patent claims #1, 2, 3 & 8 as presented in full below:

The second accessory example illustrates an iPhone used to power a larger display for productivity like a MacBook. Back in December 2017 it was rumored that Apple was preparing a huge shift towards common MacOS and iOS apps. This could allow an iPhone to power a MacBook-like accessory to run more like desktop.

Samsung offers a cruder though similar idea with its DeX system that they promote as a phone and PC in one.