Home Archives Contact Us Subscribe Twitter MeWe Facebook Patently Mobile
Why is Samsung set on confusing their fanbase selling both 4 and 5G Galaxy Smartphones in H1 2019?
A Second Chinese National Working on Project Titan has been Arrested by the FBI for Stealing Company Secrets At this year's CES, AMD delivered their first ever keynote and surprised their audience with news that they were working with Google's Project Stream that will be an online gaming service delivering 1080p quality. AMD's CEO presented clips for Assassin's Creed Odyssey.

Earlier this month Samsung went on a week-long PR Blitz with Kim Hark-sang, Samsung's head of their visual R&D team and mobile communications business, talking about 5G supporting the need for a bigger screen.

Playing games on Google's new gaming platform will be enhanced with users being able to use a foldable smartphone or tablet in the future to get a wider and larger display experience. 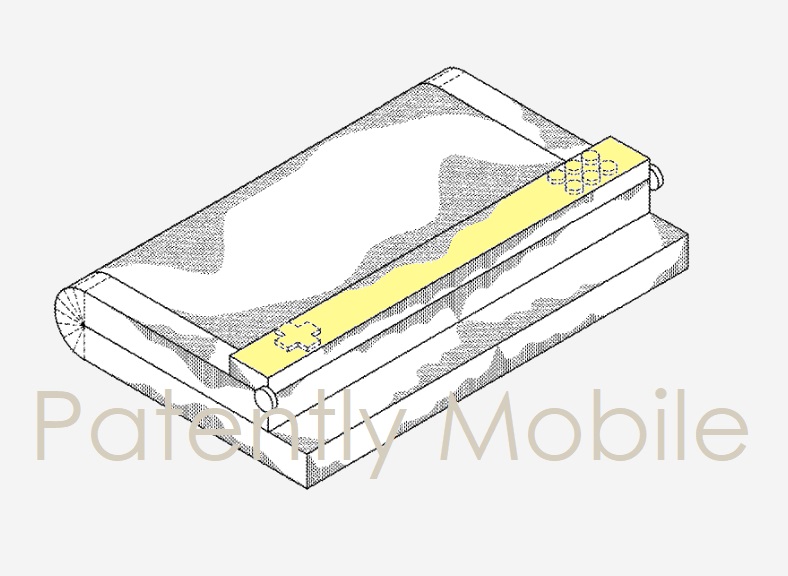 Obviously Samsung has had this on their minds for some time. Their granted design patent filing date goes back to early 2017 in South Korea and late 2017 in the U.S. It was published yesterday by the U.S. Patent and Trademark Office under the title "Display Device." 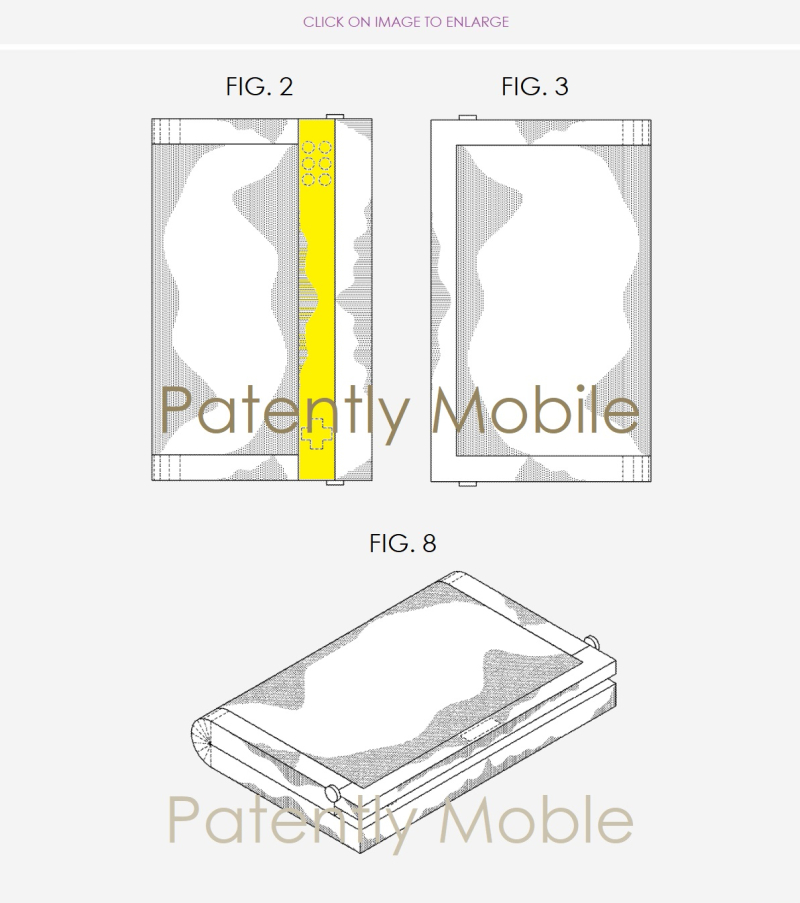 Samsung's patent FIG. 2 above is a front view; FIG. 3 is a rear view; and FIG. 8 is a front perspective view of the display device when folded along a center portion and unfolded along an edge portion. 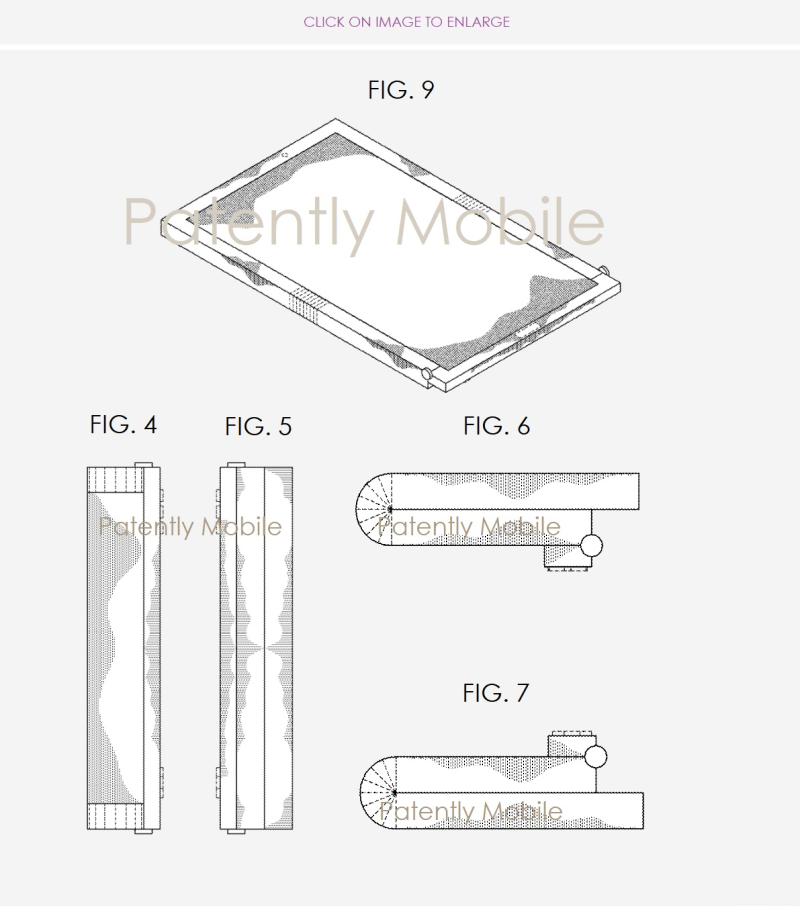 Samsung's patent FIG. 4 above is a left side view; FIG. 5 is a right side view; FIG. 6 is a top view; FIG. 7 is a bottom view; and FIG. 9 is a perspective view of the display device when unfolded along the center portion and the edge portion.

Unlike "patent applications," design patents published by the U.S. Patent and Trademark Office never reveal pertinent information about a particular design. We can only look at the design and appreciate it for what it projects, but never know the needed details that could explain new design features.

What is crystal clear is that Samsung may be considering a standalone gaming version of their future foldable smartphone and tablet line up for the future.