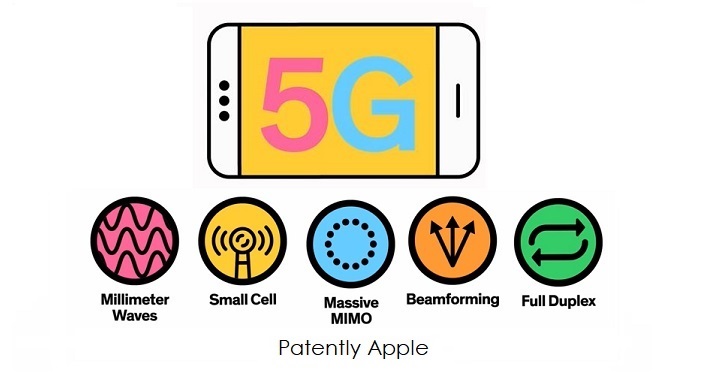 In 2019 as 5G systems and devices begin rolling out around the globe, Millimeter Wave technology is one of the key technologies behind 5G. Earlier this week in the FTC vs. Qualcomm trial Durga Malladi, Qualcomm's SVP of 4G and 5G, testified about the research his company does in wireless technology. He stated that Qualcomm was the only company capable of making a processor for millimeter wave 5G networks. The technology allows the superfast speeds of 5G but can travel only short distances and has trouble with impediments like trees or walls. Qualcomm has worked on technology to solve those problems for phones this year to run on millimeter wave networks from Verizon and AT&T. 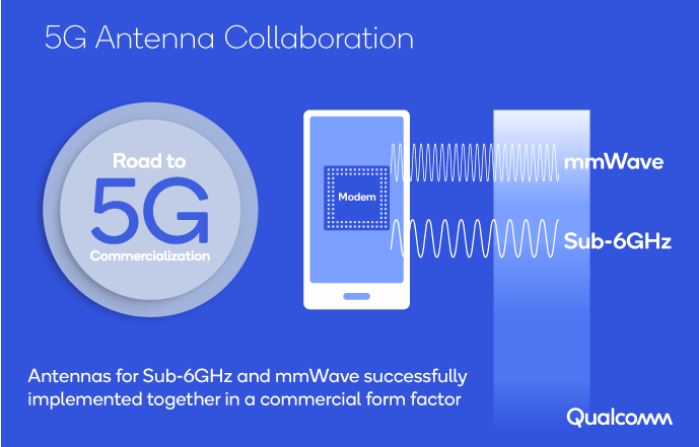 Apple has a series of patents on millimeter wave technology (01, 02, 03, 04 and, 05 ) on record with an additional four patent applications on this technology that were published today by the U.S. Patent and Trademark Office (USPTO).

On October 19, 2017 Patently Apple posted an IP report titled "Apple Patent reveals the use of Millimeter Wave Antennas in Future iPhones for 5G Networks & Wireless Charging. For an overview of the technology review our report here. Apple was granted a patent for this invention on September 25, 2018. 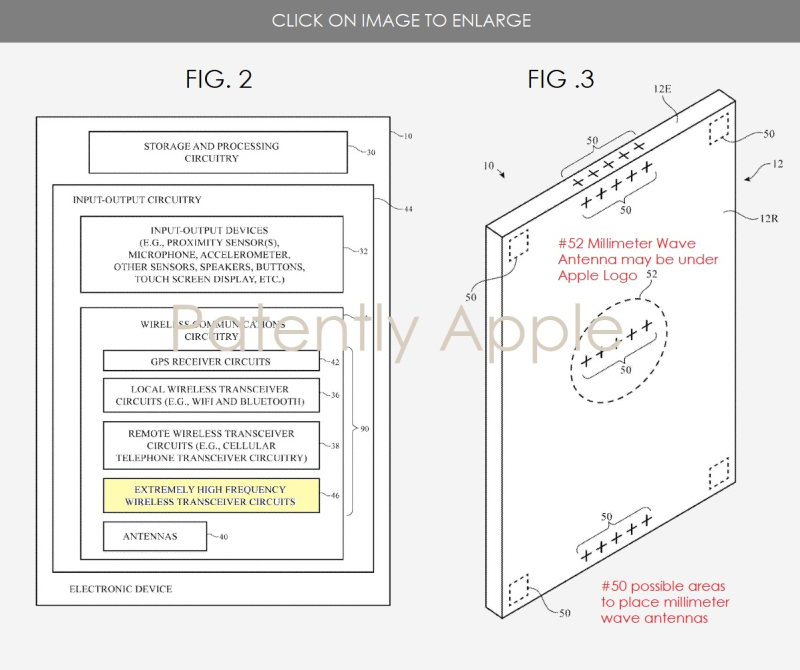 Patent Claim #2: "An electronic device having opposing first and second faces, comprising: a display having a display cover layer at the first face; a housing having a dielectric wall at the second face; an antenna in the housing and configured to convey first radio-frequency signals in a given frequency band through the display cover layer; and a phased antenna array in the housing that is configured to convey second radio-frequency signals in the given frequency band through the dielectric wall.

Patent Claim # 8: The electronic device defined in claim 7, further comprising a power amplifier coupled between the first transceiver and the antenna.

You could review the rest of the new patent claims in today's published filing here. 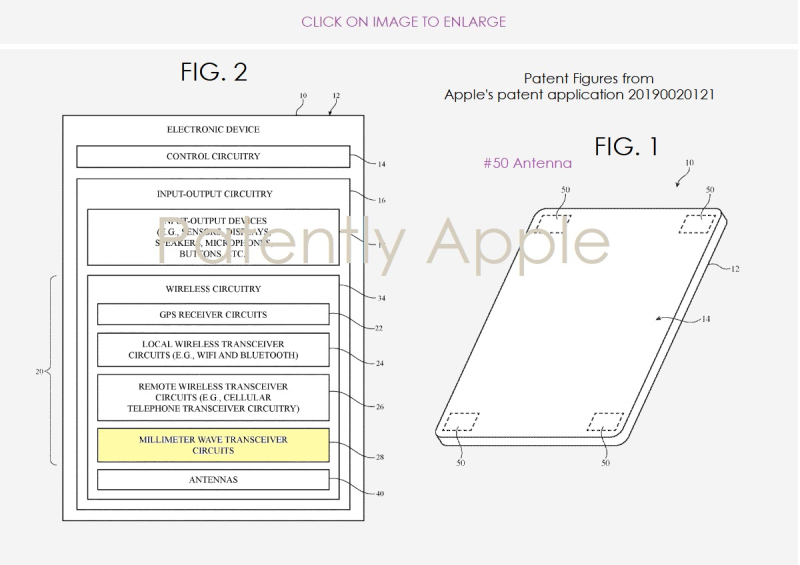